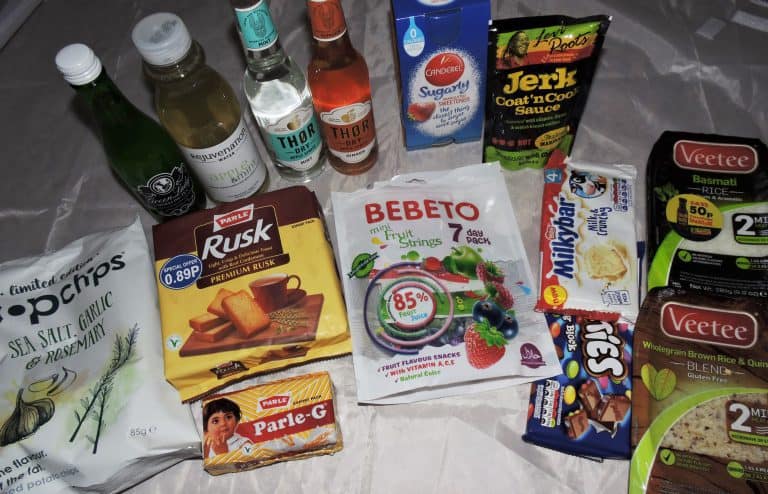 The April Degustabox arrived on our doorstep as we were moving house, so we really enjoyed the snacks and drinks that served as fuel for our lifting and carrying! 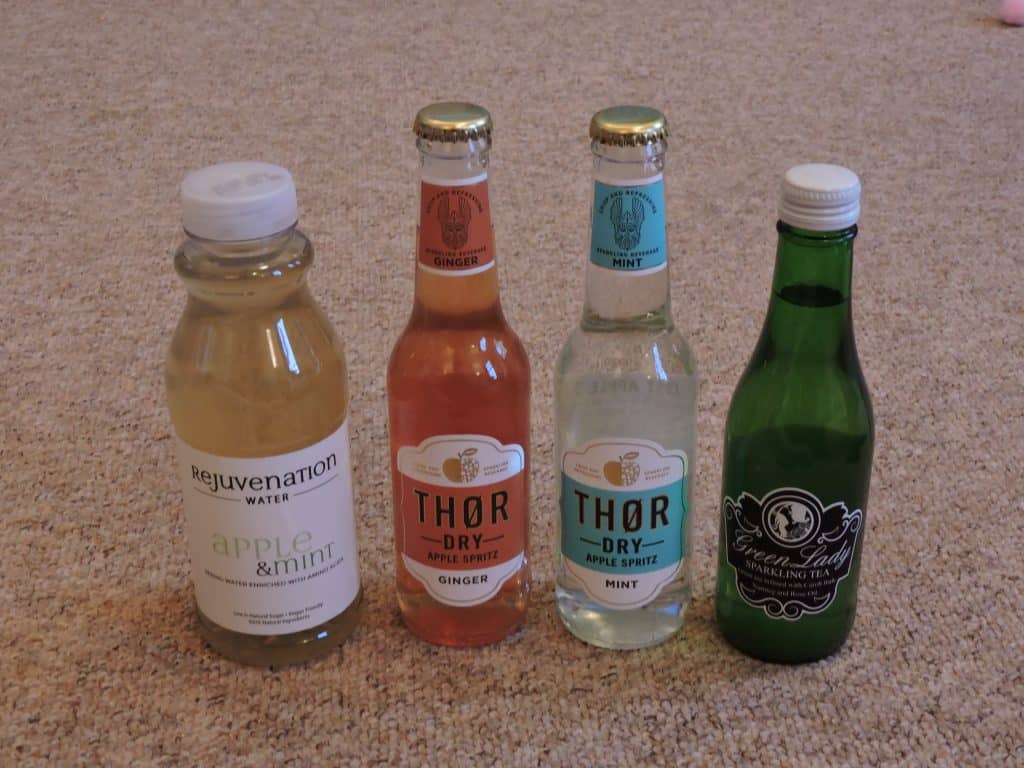 The Ginger THOR Dry Apple Spritz is sensational. On opening it my mouth started watering. A very light fizz, it is a ginger flavour with a sweet aftertaste. Thoroughly refreshing, deliciously flavourful, it would be great with some vodka but it’s pretty much perfect just as is too.

Ginger isn’t really everyone’s thing, but the Mint THOR Dry Apple Spritz should definitely be tried. It is mint, but it’s appley-mint. I can’t really describe it. It’s so good, and yes, absolutely refreshing.  I don’t think I’ve ever combined apple and mint, both of which grow on my allotment, but I will do, going forward, thanks to this delicious drink.

While these are sparkling fizzy drinks, they are very mildly fizzy, so my kids like them (my daughter calls normal fizzy drinks ‘too spicy’ because of the fizz. These she has no problems with.)

The Green Lady Sparkling Tea is very unusual and you’re going to either love or hate it. Or in fact it may grow on you.  It contains really unusual ingredients for a drink – carob fruit, nutmeg, rose oil – along with Darjeeling Tea and sparkling water. The initial hint of rose hits you in the back of your nose, followed quickly by the tea, and then you’re left with a flavour I cannot describe, which  must be the carob fruit and nutmeg. My initial reaction to this drink is best described as a question mark, but actually by the end of the bottle, I actually really liked it.

Another mint & apple contribution, Rejuvenation Water is enriched with amino acid and glutamine. It’s a different experience than the Apple Spritz, because it doesn’t have the fizz. It’s a smooth drink, low in natural sugars and vegan friendly.

Apparently consumed before and after alcohol, it also helps alleviate a hangover. I might have to test that one day!

These were amazing. Honestly, we went out a few days later and sought these out in a supermarket to have them again. We had the Popchips Sea Salt, Garlic and Rosemary flavour, and it was fantastic. A really strong Rosemary flavour, but utterly delicious if you like Rosemary.

Better than crackers, better than chips, Popchips are like little scoops for dip, and this is our all time favourite flavour from now on!

Not a usual on our shopping list, these Nestle chocolate bars were devoured by our children. The Smarties were particularly favourite because of the colours dotted throughout.

The Milkybar chocolate comes in four individually wrapped bars in a larger bar, so they are great for snackable portions.

We all loved these Bebeto Fruit Strings. They’re supposed to be 7-days worth of fruit string portions in individual daily packages, but in an attempt to try all the flavours we may have accidentally eaten them all in one sitting. They were good. Don’t judge us!

The fruit strings are made of fruit juice and a reduction of processed sugars, and are suitable for vegetarians and vegans. The flavours in the pack are raspberry (2 bags), apple (2 bags), blackcurrant (1 bag), and strawberry (2 bags). They are probably a healthier sweet, though I’m not convinced that they’re an actual health food. They are very good though! 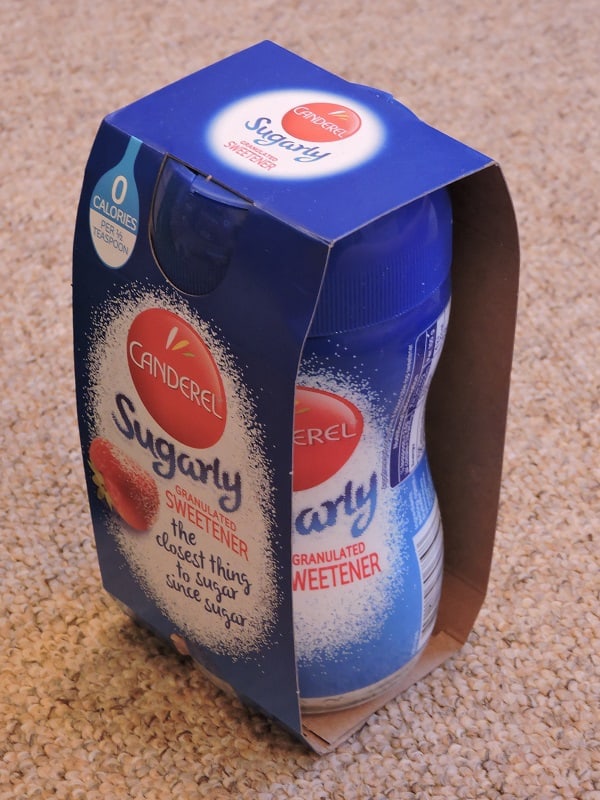 I’m not an artificial sweetener kind of person, I must be honest. I’m not keen on them. I like my sugar sugary. That said, if I was going to go artificial, this one would be a good place to start. It has no aftertaste, which is something that’s always put me off. It looks like caster sugar and has a slightly caramel smell. I haven’t done any research into it or anything, but going purely on what it’s like in coffee, you wouldn’t know it wasn’t really sugar, but the reduction in sugar would probably be good for your teeth and your waistline, over time. 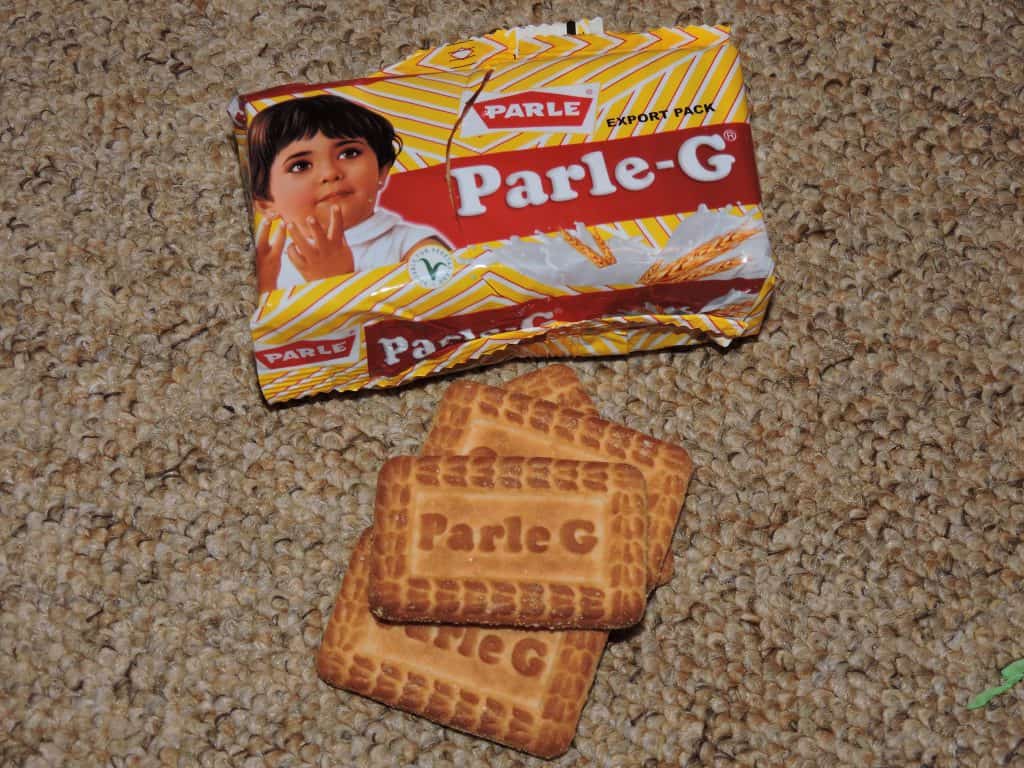 I wasn’t excited about these at first, as I prefer my biscuits to be smothered in chocolate, but actually, I love the Parle G biscuits. They resemble malt biscuits, but while they don’t specify vanilla anywhere, they have a stronger vanilla flavour than a normal malt biscuit. Again, I just love these.

Parle Rusks (pictured above) are light, crispy and have a delicious permeating taste of cardamom. Meant to be dipped in your coffee or tea, they are a great side to a hot drink, but they are soft enough to be eaten without dipping too so they aren’t going to break your teeth. They are well worth trying if you haven’t. 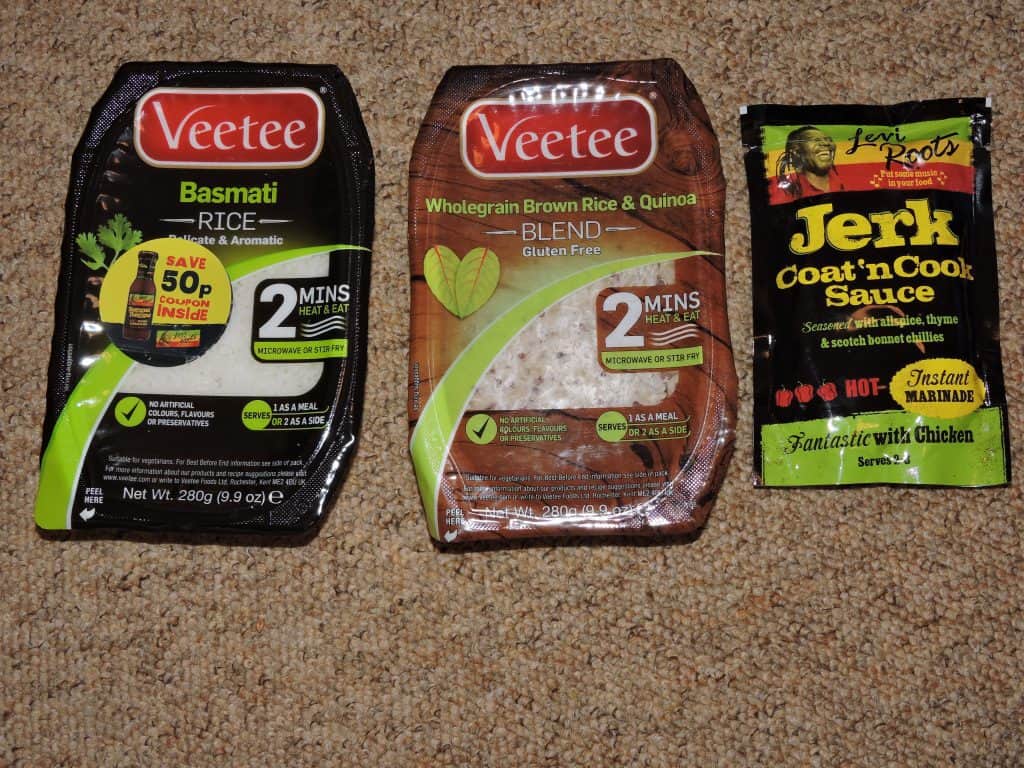 Veetee Rice is a complete convenience item, thoroughly, but it is so incredibly convenient and quick, I can totally see the value in it – specially if you’re going camping this summer! It takes just a few minutes to stir fry, but only 2 if you have a microwave. I used the chicken fat from shallow fried chicken to stir fry it in, and it was lovely – easy, convenient, quick. We received white rice and a whole wheat rice and quinoa and both are tasty, fluffy, easy to prepare. A winner if you’re in a hurry. 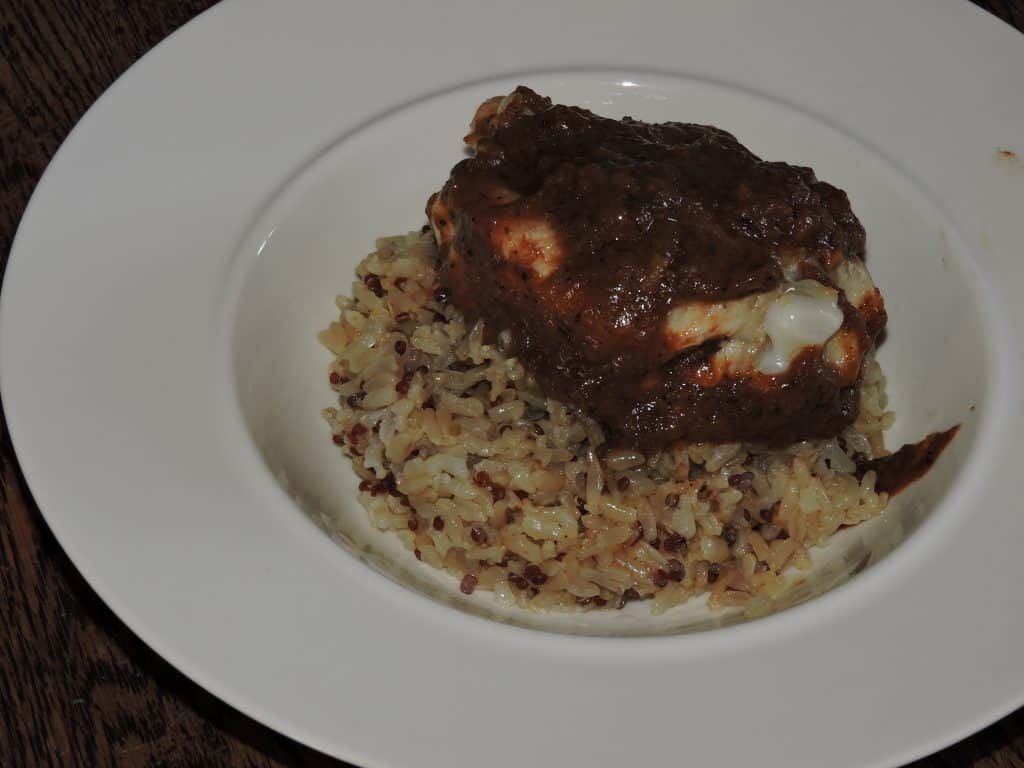 I had the Levi Roots Jerk Coat ‘n Cook sauce with the chicken and Veetee Rice mentioned above, but the three chillis on the packaging served as fair warning that this might not be one for the kids. The rice helped ‘cut’ the heat a bit, but it is quite spicy! The flavours are fantastic though. It added so much depth the rice & quinoa.

There are a few products in this box I wouldn’t buy myself, but there are also a few I wouldn’t have bought and am now very glad I tried!