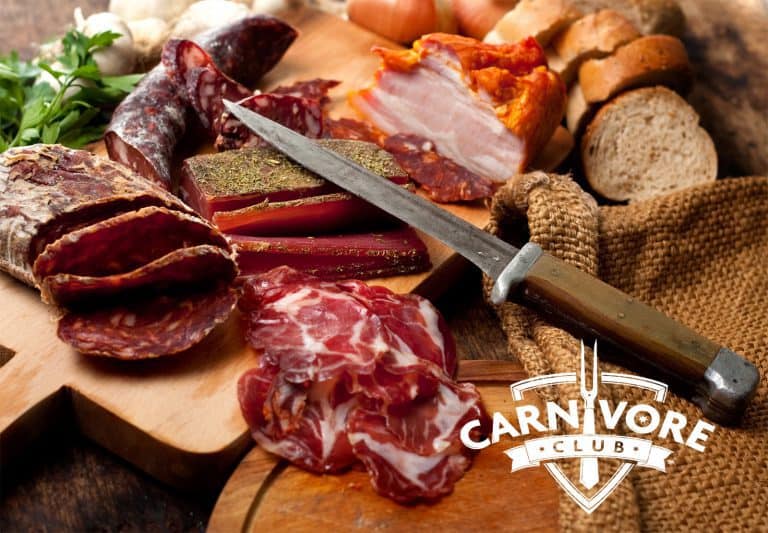 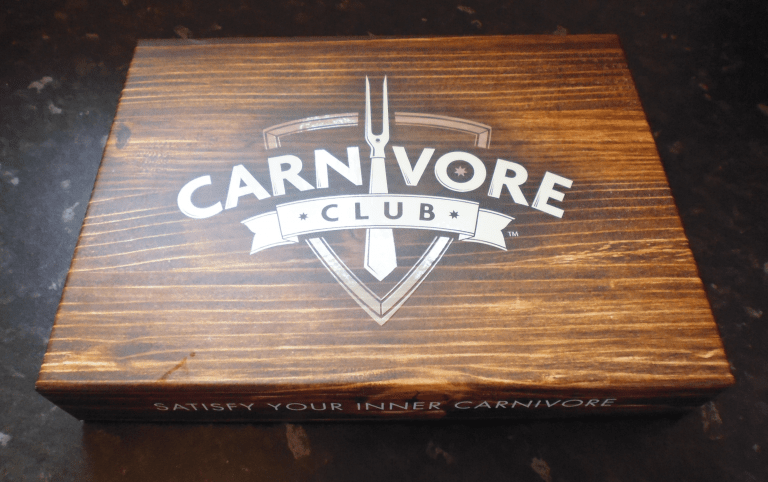 We were so excited when we found out that Carnivore Club arrived to the UK. No need to tell you our expectations were very high! Well we will set the tone by saying that they were not met. 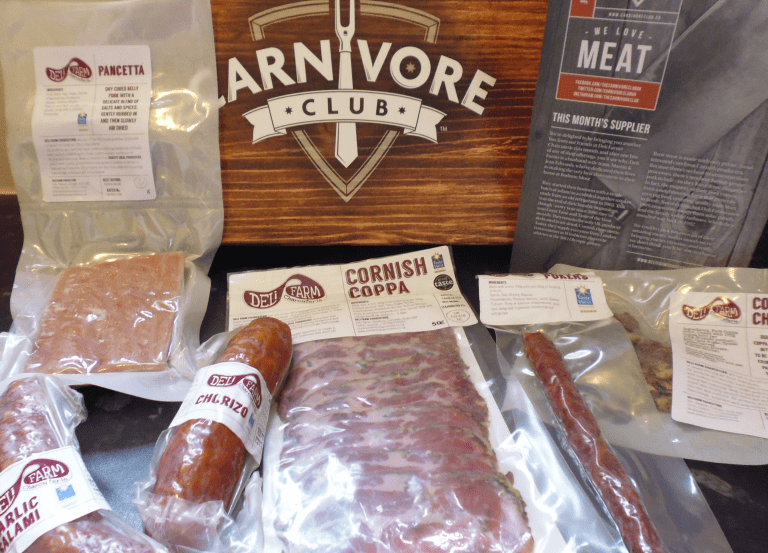 – Sliced Cornish Coppa. This one was actually our favorite. The meat was tender and mellow. The makers tell us that this meat is made from 100% Cornish pork shoulder, then slowly cured in their blend of salt, pepper and spices before being aged extra-long to ensure maximum development of flavour and texture. Well we believe them.

– Devil’s Poker. This long and thin salami was spicy and tasty. Our second favorite in the lot.

– Spicy Chorizo. The notice delivered with the box tells us that this chorizo is made using 100% local, hand-trimmed pork shoulder, smoked paprika and a bit of spice. Well, our tasting group was formed with 2 french, 1 american and 1 british. We must admit that we were not impressed with the chorizo. It was not bad but it would’t qualify in our top 20 neither. 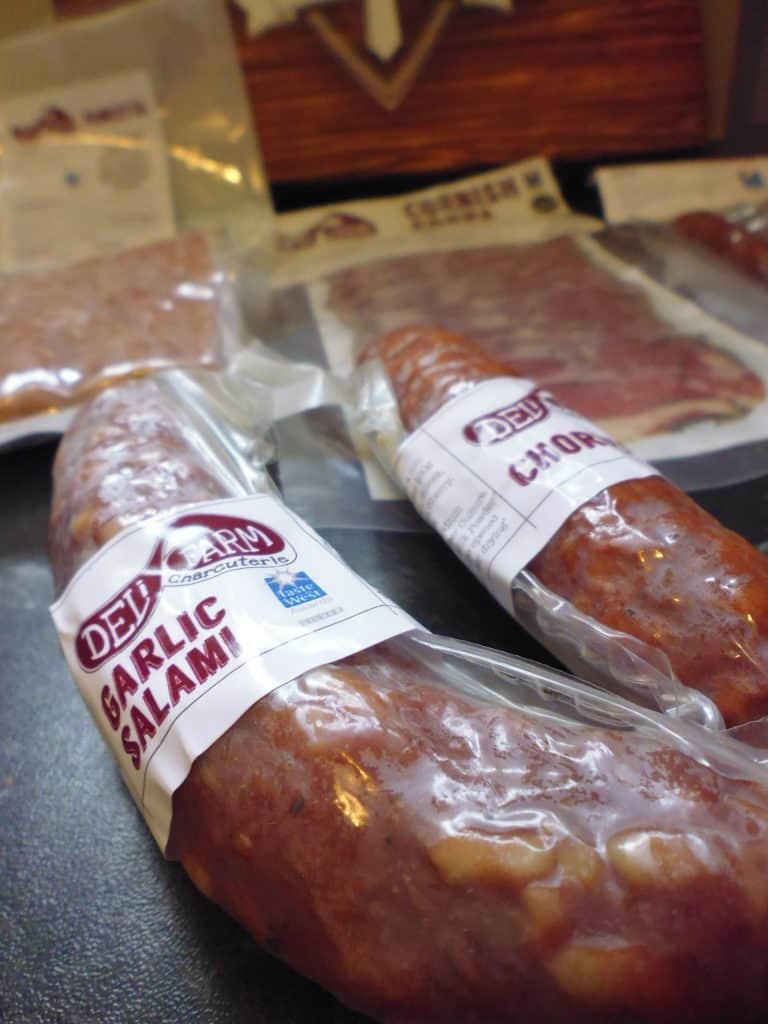 – Garlic Salami. Is there anything more universally appealing than garlic? No there isn’t! Unless mixed in quantity to a salami! Sorry but this salami was way to spicy, garlicky, salty and greasy.

– Pancetta. Pancetta was the fattiest option in the box. We were told that we could try this Cornish pork belly as-is, but also as a sauteed dish. We must admit that the taste of fat was too much for us when tasted as-is. Sauteed, the melted fat rendered the meat way better tasting.

– Coppa Chips. We liked the Sliced Cornish Coppa but the dried chips version was not among our favorites! Each bite was a dry, hard, too salty and non tender version of the previous meat. The instructions indicated that they would be a perfect add on a pizza, pasta or salad. We admit, we didn’t try, but as-is we don’t approve. 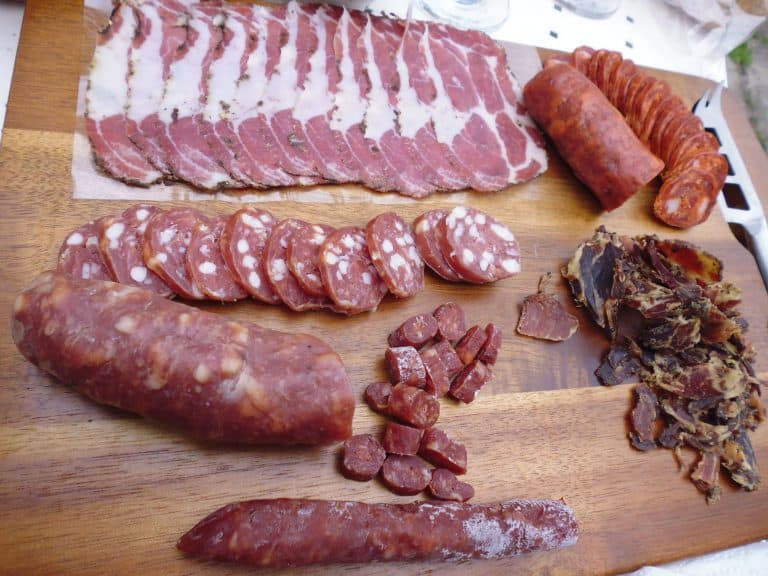 Overall, we were not impressed and didn’t enjoy this box very much. We definitely have to try another box to get a new opinion. After all the Carnivore Club is one of the most popular boxes we have been hearing about. We hope we have just had some bad luck with this one!