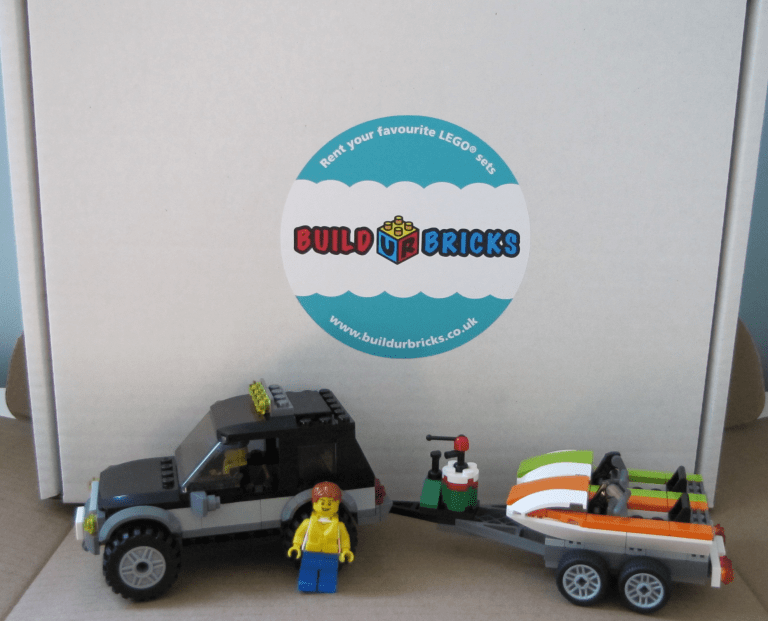 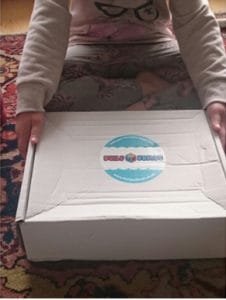 So today we have something a little different to review. Rather than something to keep, it’s something to rent. It’s called Build Ur Bricks, and it’s a Lego rental service.

The idea is that that your children (or you!) are able to try out various sets of Lego, either with a view to buying them, or just to be able to play with Lego that is rather on the pricey side to buy. Because we all know that as Lego gets more elaborate, it also gets more expensive!

Each set is sanitized and bagged before being sent out, so no worries about other kids’ bugs lingering on the bricks. Instructions are included, plus also return packaging items. You use the same box it comes in, and then add the lovely bright blue bag plus labels.

So, on to the thing itself. 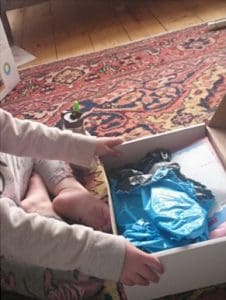 A little context: my daughter, C, is nearly five, likes Lego very much (she decided recently that she’s now too old for Duplo), though her favourite things are small world play with minifigures and building random things out of her collection of blocks and various other bits from sets we’ve already bought.

I was interested to see how she would react to having something that would have to be given back, but as I explained it to her very carefully beforehand she didn’t have much of a problem with it.

I had no idea what she would receive as we weren’t able to specify anything, but she was given the Lego Friends Jungle Falls Rescue set, which is technically for 6 – 12 year olds. 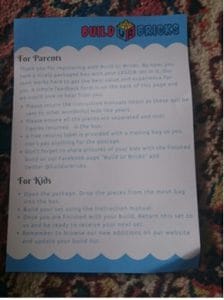 In the box were two numbered zipped bags with the pieces (reusable equivalents of the plastic bags you get in a box of Lego), the manual, and a Guide for Parents and Kids.

Very sensibly, the Kids’ Guide said to empty one bag at a time into the box itself, which prevented  the various bits from escaping and disappearing into various toy black holes which inevitably exist in homes in which children live, but you can always find them when walking around bare foot.

While C needed a certain amount of assistance, because putting sets together require some discipline and methodology, not to mention patience, she was able to put most of it together by herself, with me making sure she was on the correct page. I ended up putting the last bit together and she was somewhat distracted by starting a game with the included minifigure. 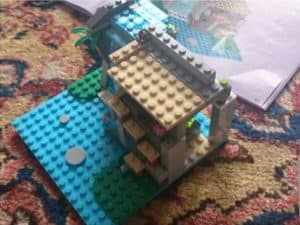 Fun was had, and she enjoyed making the set.

Now my thoughts. First of all, I think this is a great opportunity to try out sets before buying them. The set we got was part of their Starter program, which costs £9.99 p/m. Apparently if you love a set you can buy it at a ‘discounted price’, though I don’t know what the discount would be. Our set retails at around £14. So if you don’t mind choosing specific sets, it’s a good way to ‘try before you buy’. 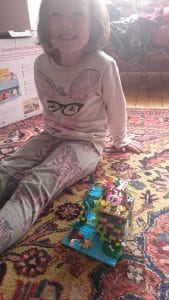 You can keep each set as long as you like, though they ask to let them know if it’s more than a month. The more expensive programs for the more complex kits are probably better value; for example one of the sets in the Pro Range (£24.99 p/m) is the Lego AT AT (I want one of these, as does my husband) which retails at over a hundred quid. So unless one is desperate to keep it, it’s pretty good to have the fun of building and playing with it for a few weeks for a quarter of the price of buying it.
One drawback is making sure to keep everything separate from any Lego which is already owned by the child (or adult, let’s be honest, grownups love Lego too!). So they would have to be kept and played with separately, which made me rather anxious. We were lucky because we’ve just moved house, and knowing we were going to have this to play with I deliberately didn’t unpack any of C’s own Lego, so there was no danger of it getting mixed up.

However there are many little tiny pieces, and counting all the bits is a tedious job. According to the website, it isn’t much of a problem if a generic piece is lost, though please let them know, however they reasonably point out that they do charge if too many (or possibly hard-to-find) bits disappear. Frankly this might cause a bit of stress. 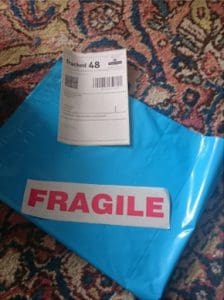 For organised Lego enthusiasts of any age who enjoy building complete Lego sets, this is a great service. If you want to try before you buy it can be good, though of course it may end up being more expensive than buying retail because you’re paying for the rental too. For kids who like having a bunch of bricks plus various other bits and being creative it’s not really suitable. And at the cheaper end of the subscription scale it’s not necessarily worth it to rent rather than buy.
So I would recommend this, with reservations, but think carefully about the type of person you are buying it for. Younger children who just like playing with the bricks and don’t have the patience to follow a bunch of instructions would not get so much out of it, and they might not enjoy having to give the things back. And you have to watch them carefully to avoid mix-ups. But for older kids and adults this could be great.

Oh, and delivery and return delivery included is excellent. 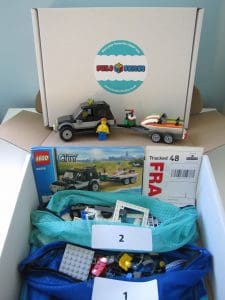 This is a subscription based Lego rental service. Register, subscribe to one of the plans, add your favourite sets to rent. we deliver cleaned & sanitized lego sets to your door. delivery is free both ways. Keep the set as long as you want and return the set. We will send the next set across immediately.

This is a monthly rental subscription box.

20% off your first box with code ALLBOXES20

How would you rate BuildurBricks ?