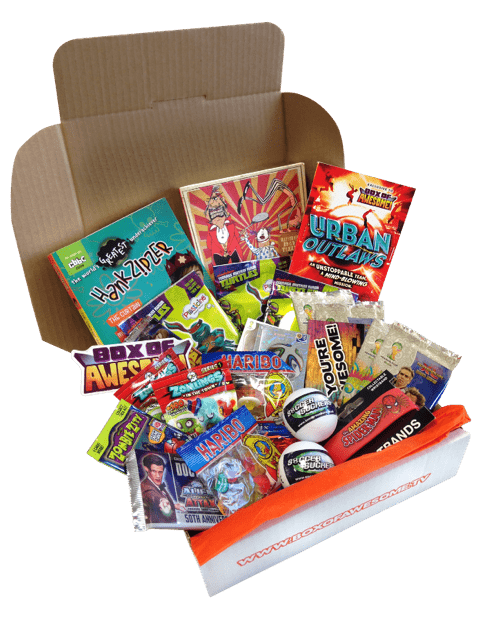 Box of Awesome was created by the same people behind the massively popular Box of OMG.

We’re a team of specialists from the kids entertainment industry who curate the very best of established and new brands into amazing (and age-appropriate) boxes delivered on a bi-monthly schedule. Our goal is to delight kids (and sometimes their parents) everywhere and create a new channel for brands to interact with their consumers.

Another geek box, but for kids! This box works a little differently to our other subscription boxes we’ve reviewed. It is aimed at kids between 6-10 and 11-14. It was launched in early 2013 and has taken YouTube by storm. It’s different to others as it is free! It’s filled with various items including a book. Kids simply join the Awesome List and have to claim their boxes quickly when they are released! Over 20,000 boxes are delivered around the UK every two months! 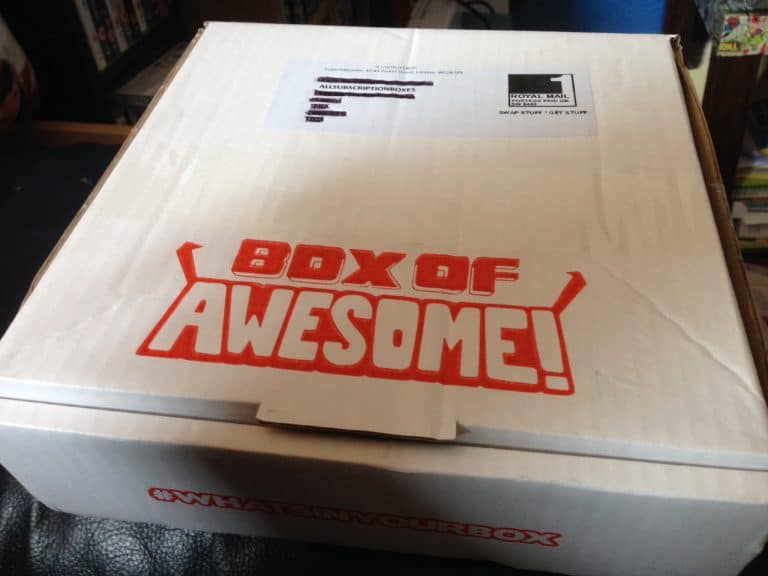 Kids can also collect points to guarantee themselves a MEGA Box of Awesome. An app is also available to collect codes, etc.
As these boxes are in such high demand they also offer a subscription service too. You can have your own MEGA Box of Awesome at £4.99 a box. 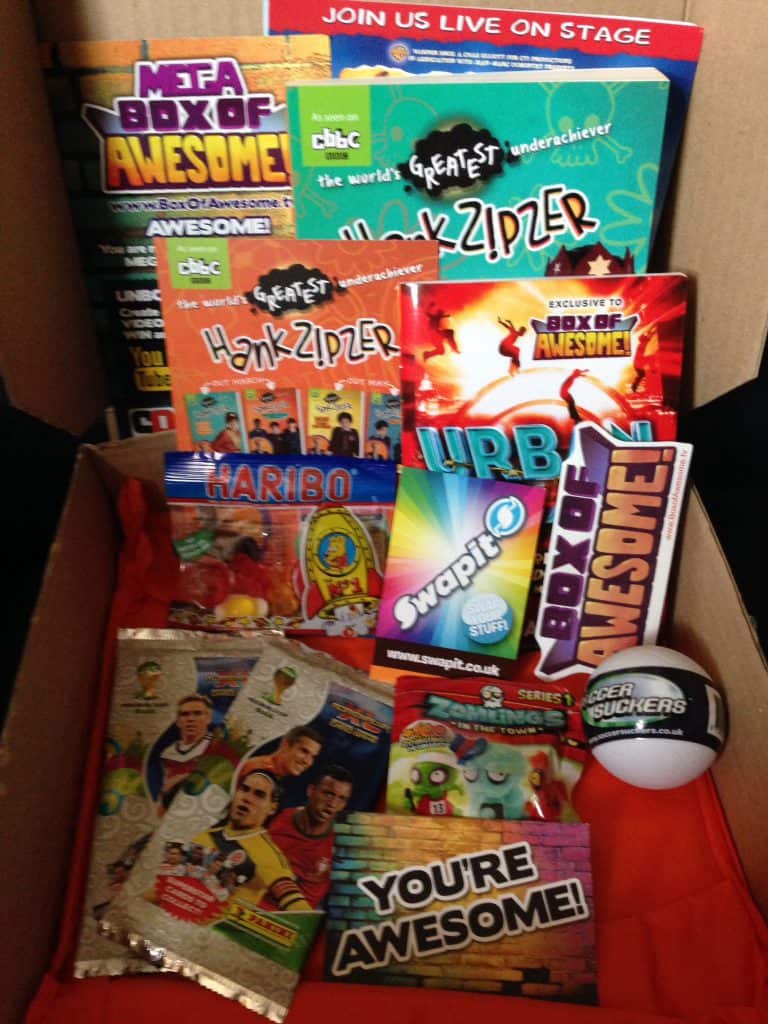 The Box of Awesome sent out was addressed to my seven year old daughter, Natalie. She loves geeky goods as much as her Mum and Dad, so was very much looking forward to her box arriving.

The box arrived within a couple of days of being posted so we didn’t have to wait long. The box is fairly basic, white with text – What’s in the box?, and of course the Box of Awesome logo. On opening the box we found it packed with goodies! There was a few leaflets for various shows, a Hank Zipzer storybook, a Swap it card, Soccer Suckers, Panini football cards, Zomlings series 1 pack, Haribo mixture, and a Box of Awesome sticker. 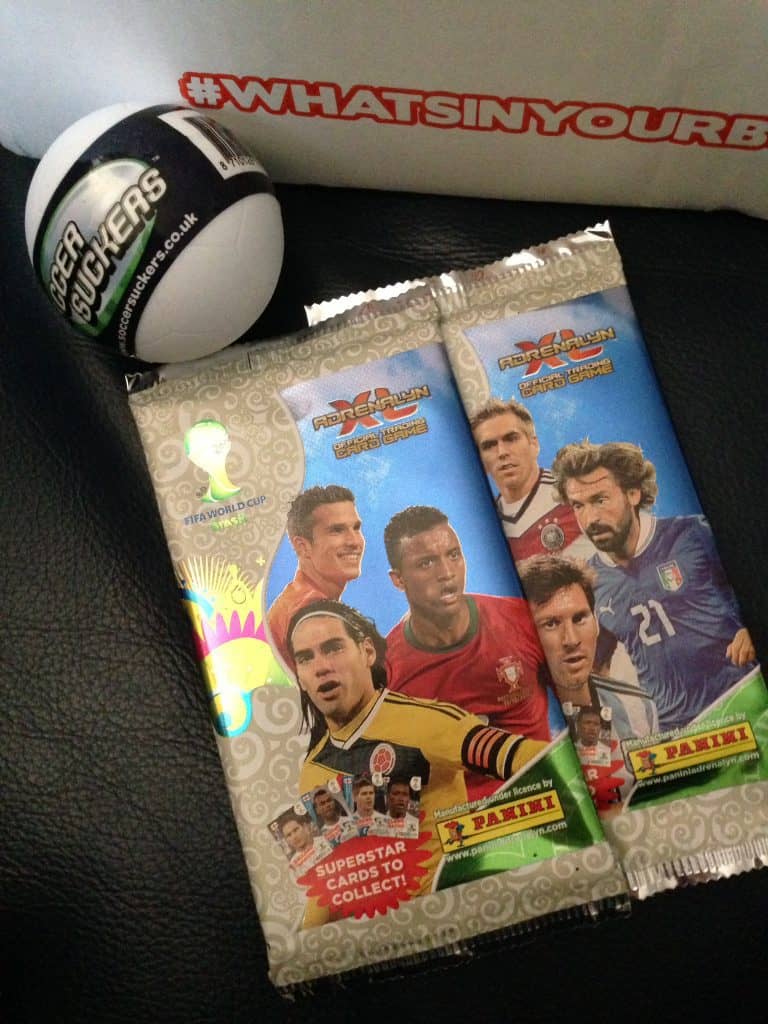 Natalie absolutely loved that she received a storybook, she loves reading. It’s a storybook by Henry Winkler whi

ch is also a CBBC kids show. She also liked her Zomlings character although hadn’t heard of them before now. The sweets were of course a big hit (as they would be for most children) and the sticker has found a lovely spot in her room. (Thank you!) her least favourite item was probably the football cards as it’s not something she’s interested in. I’m sure other kids out there collect them though so they won’t appeal to everyone.
The variety in the box is great for kids and will keep them entertained for a few hours, or even a weekend. I can imagine that these would be an amazing prize to win for any child if you’re lucky enough to get one. 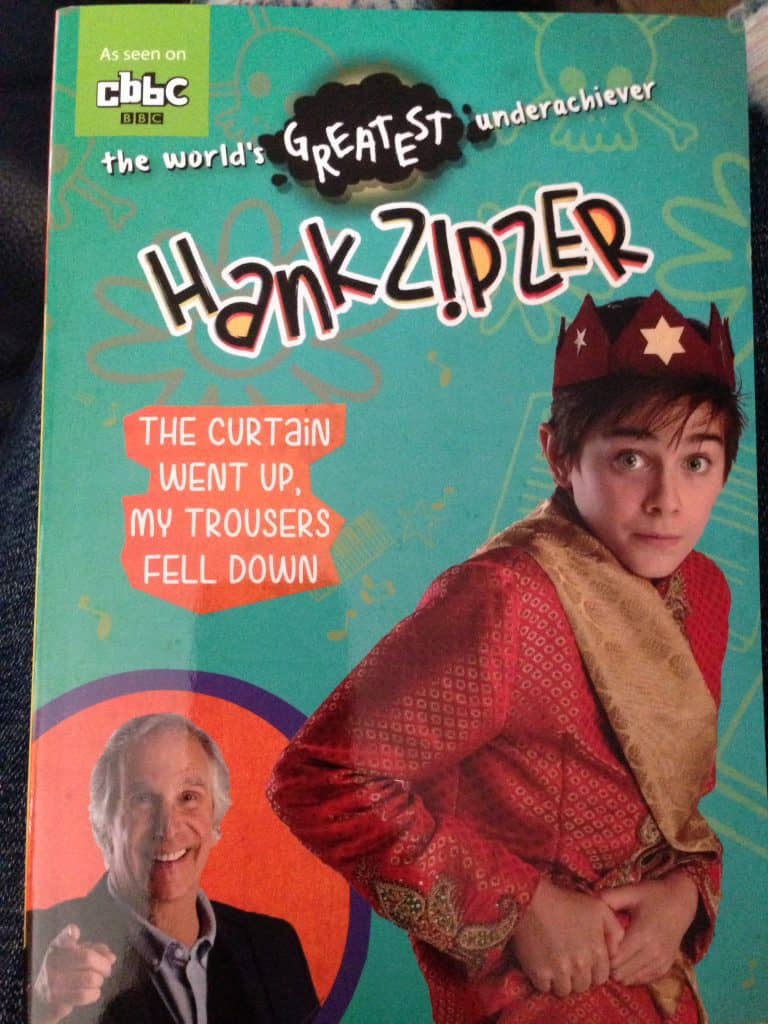 As a subscription, I’d say you get your money’s worth too so if your little one isn’t very patient or you’re looking for a box as a bi monthly treat or for holidays, this is ideal! Previous boxes have contained Teenage Mutant Ninja Turtles, Moshi Monsters etc too, so the are some well known products included. Even some signed items too! Definitely worth it!

This box has a slightly different model to the standard subscription services, the box is actually delivered every 2 months and is totally free!

As they are in such high demand however, there is also a subscription box, which you can purchase for £4.99 to jump the queue and get some extra special goodies.

None at the moment.