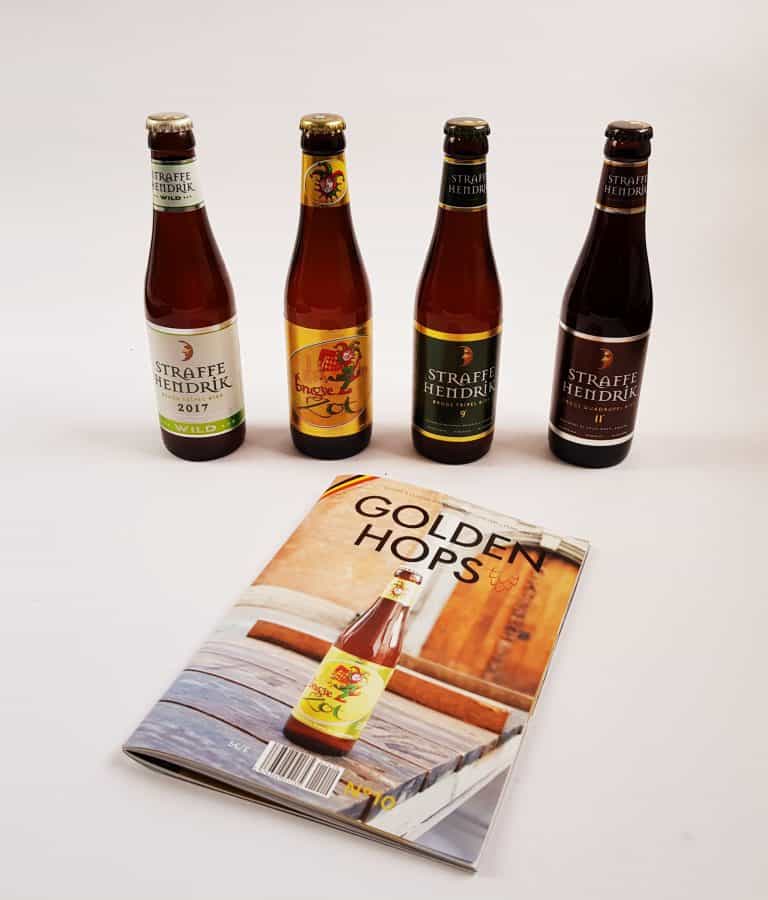 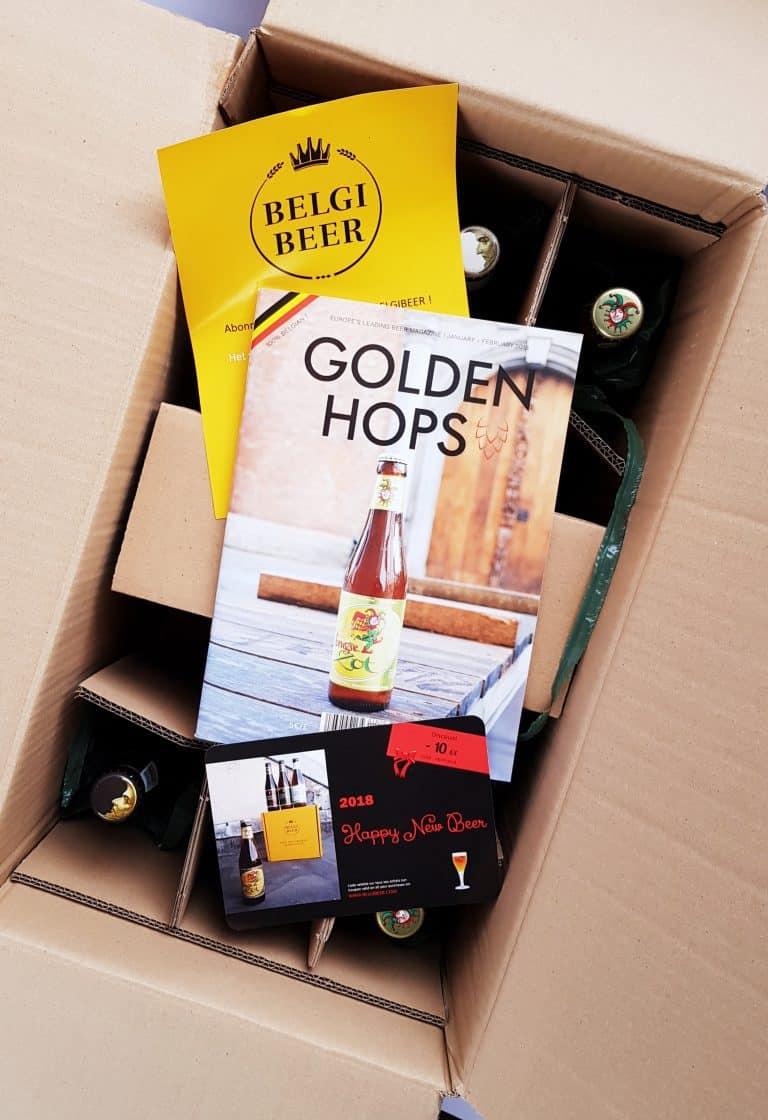 I didn’t actually get a glass in this month’s box, which I’m slightly sad about, especially as last month’s was a fantastic pottery cup! Oh well, I have beer. And the magazine you see above. 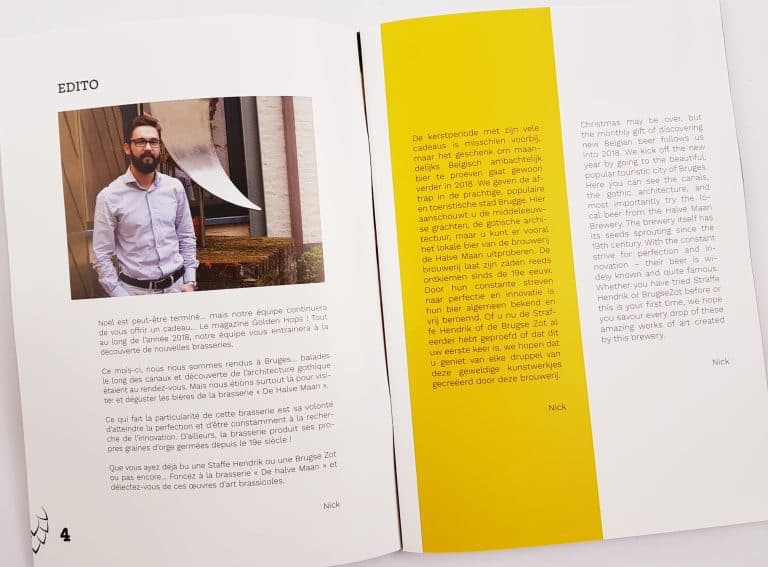 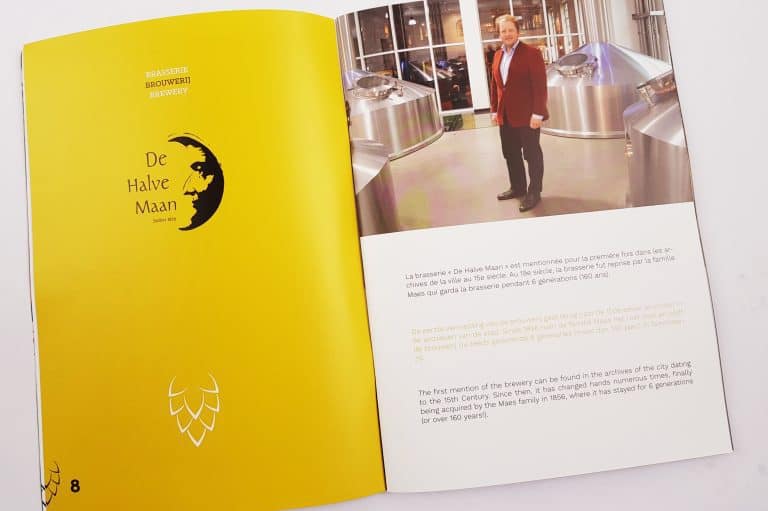 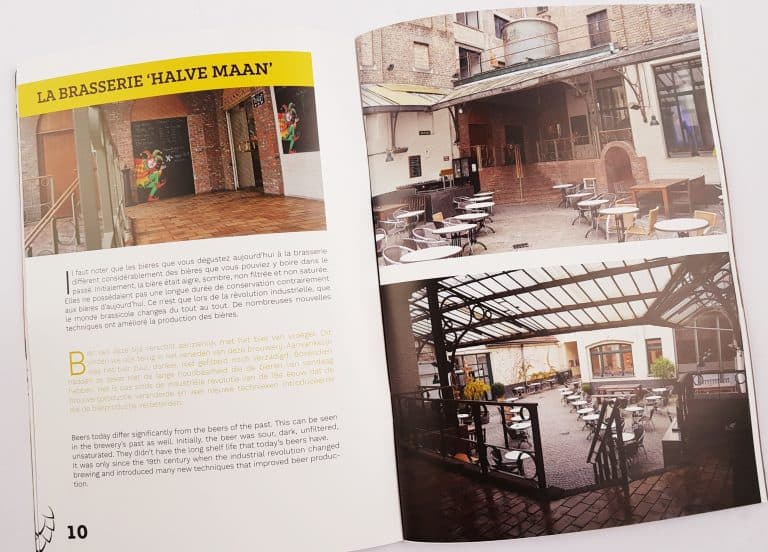 There’s some good information about this month’s brewery, which also has a restaurant. 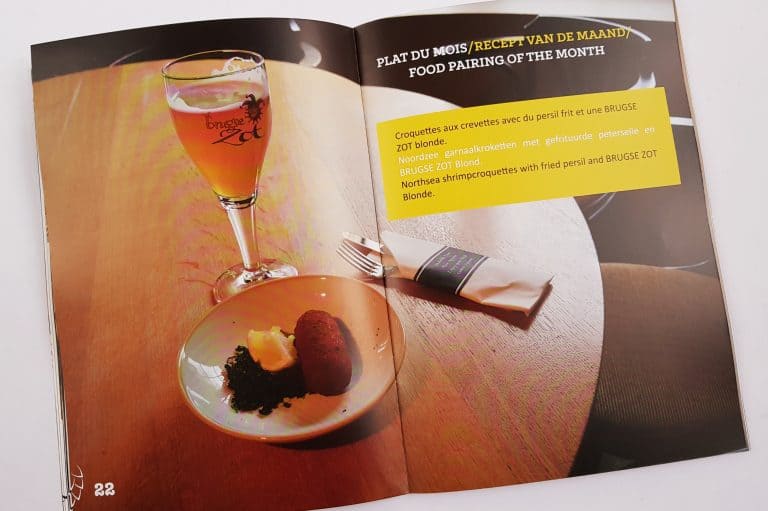 It’s nice to have a food pairing, though it’s not one for me as I’m allergic to shellfish. And in case you were wondering, friend persil is not washing powder chucked in a pan. Persil is actually parsley. Sounds much better. 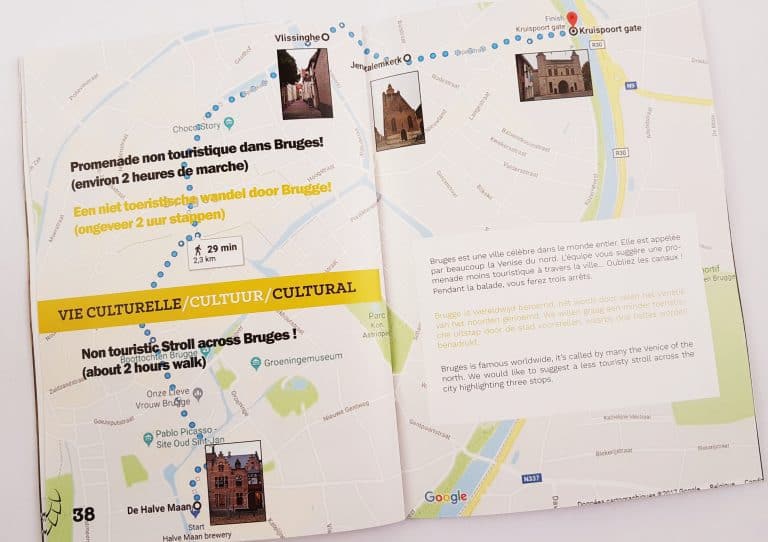 Also in the magazine is a thoughtful little walking route, taking in some interesting sights which are off the touristy beaten track.

This month’s beers come from the Halve Maan Brewery in Bruges. 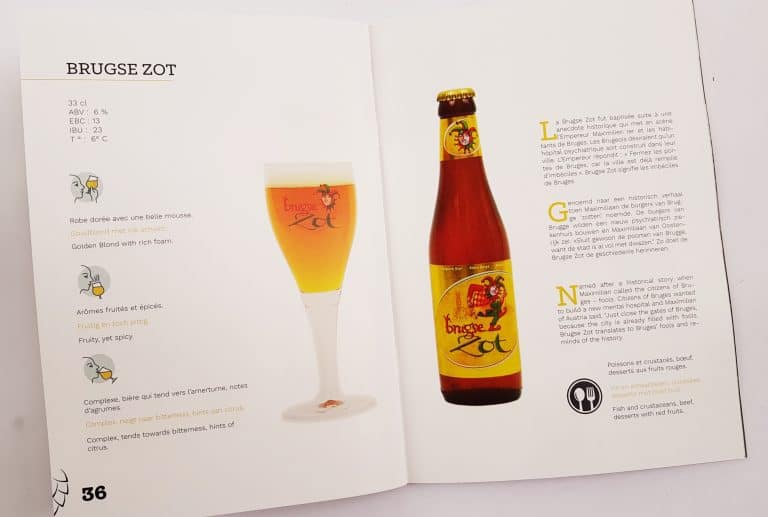 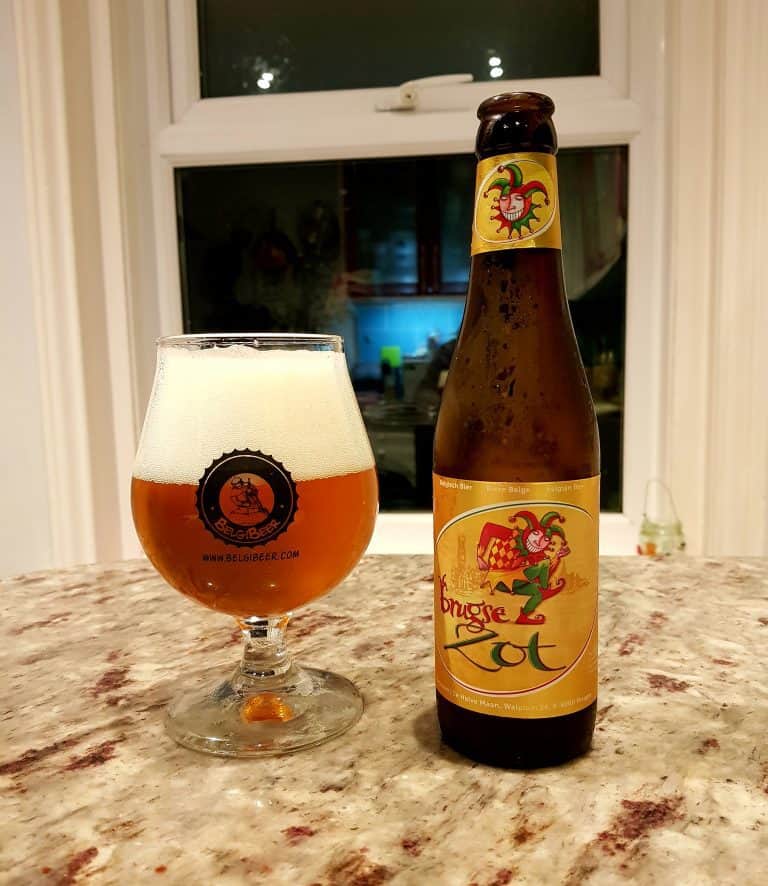 This Golden Blond beer has a light fruity smell. The taste is similarly light and quite mild, which a distinct fruitiness. This is by far the sweetest of the four beers this month. Very refreshing. 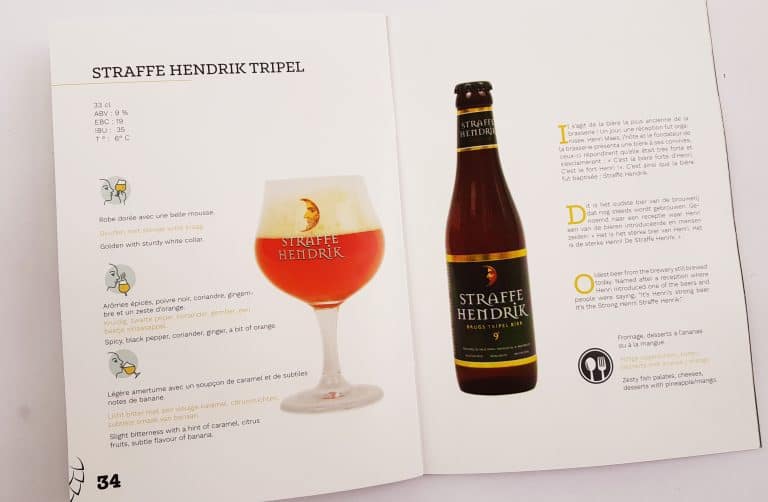 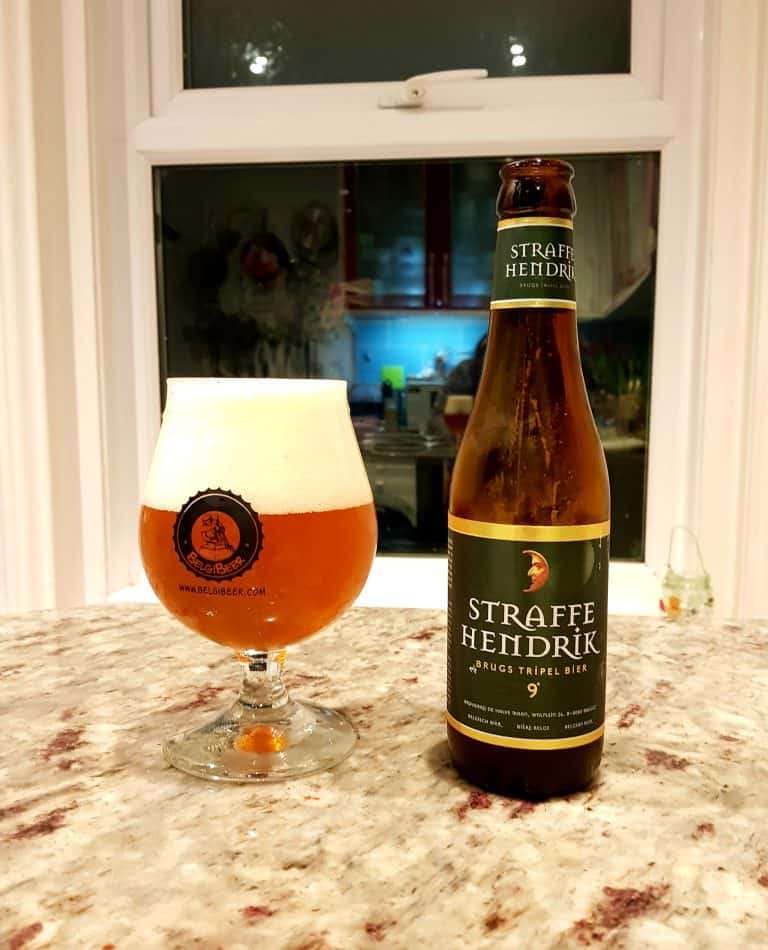 This has a distinctive spicy citrus smell, orange comes through very clearly. It has a light taste, slightly sweet, though not as much as the previous beer, and almost no bitterness at all. Despite the light flavour, at 9% ABV it packs a punch! 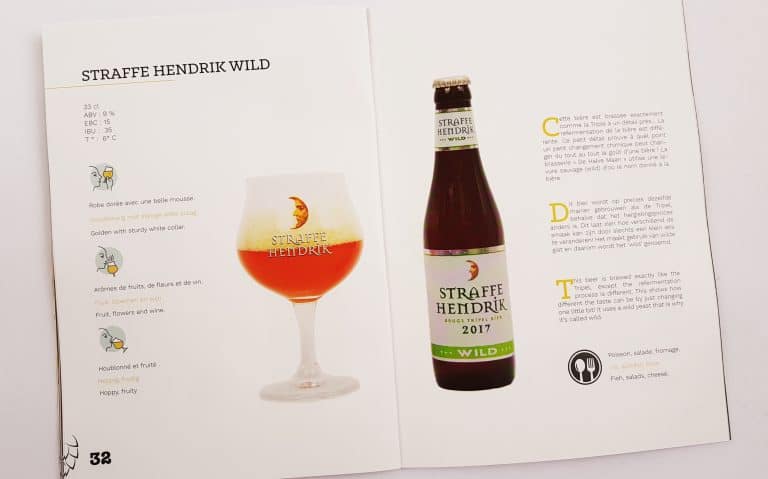 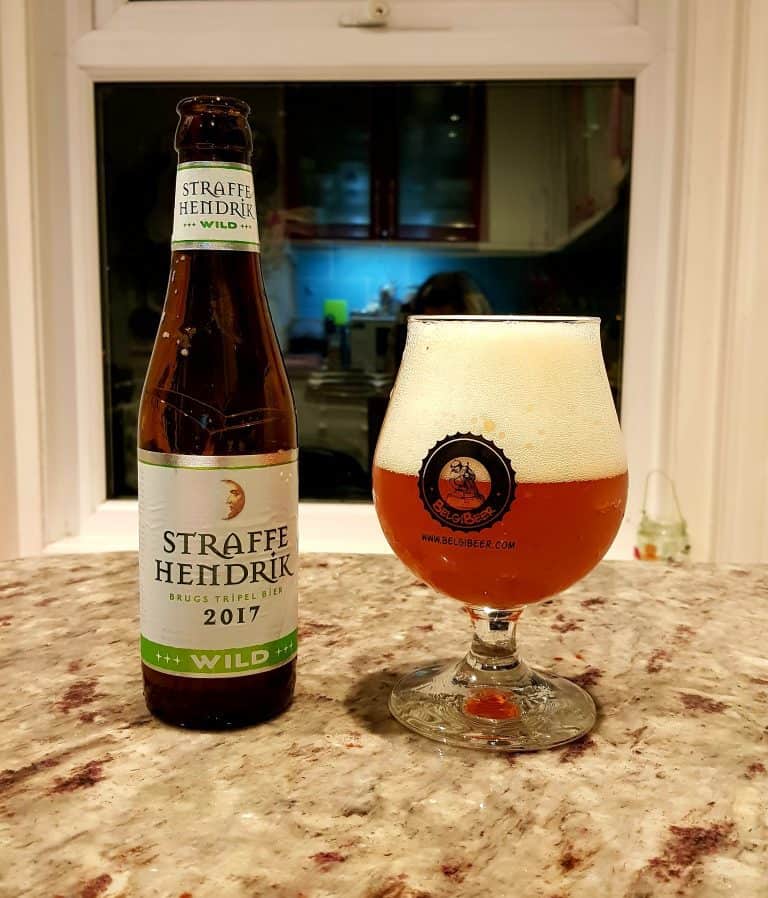 Wild by name and wild by nature! This fizzed lavishly over my kitchen counter when I opened it. It’s actually called Wild because it’s fermented with wild yeast. The smell is winey, almost floral, and it tastes very similar, though more fruity and sweet though with a definite bitter ending. It’s deceptively strong too! 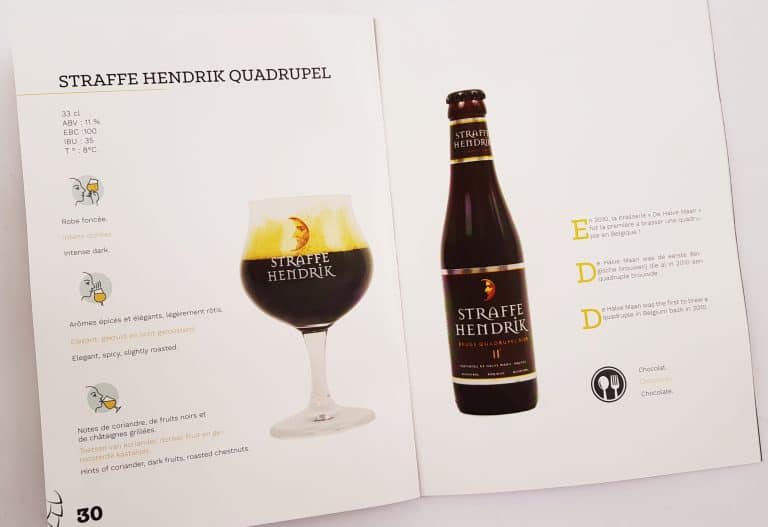 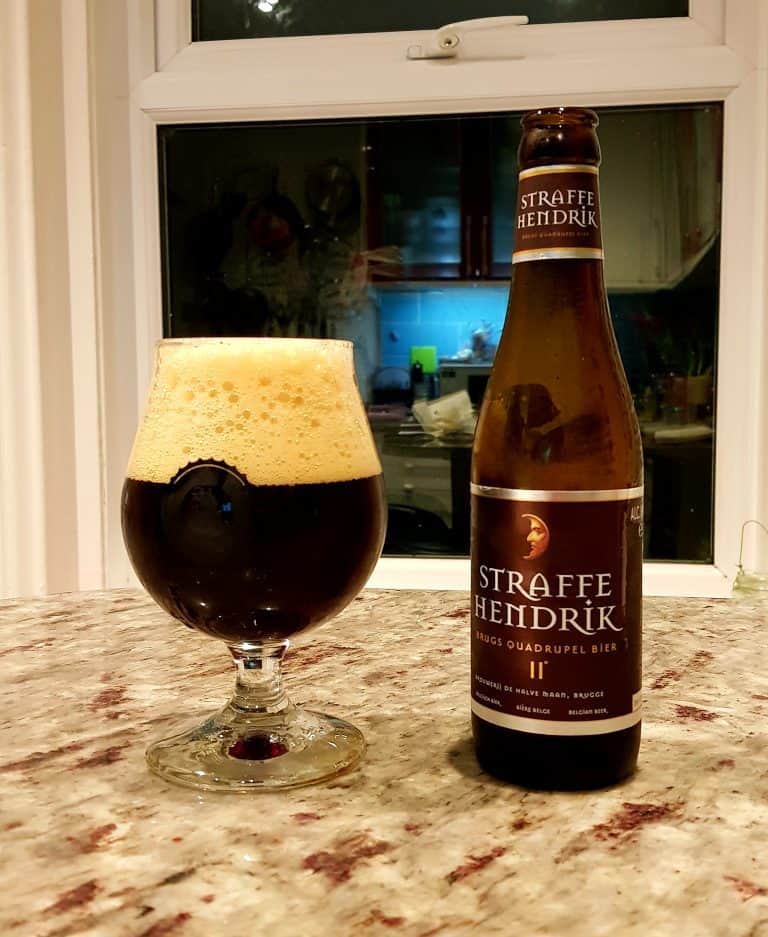 This intense dark beer has a wonderfully rich fruity smell, rather like fruit cake. It tastes initially sweet, but then it deepens into a bitter rich, almost chocolaty flavour. This one really is crazy strong, and while you can certainly taste the strength it’s not overpowering.

There’s another great selection of beers in this month’s box, though they definitely are almost all on the stronger side! I really like how each month focuses on a small craft brewery, and really gives you an in-depth look at its products.

The box is extremely well packaged, and is delivered by courier. It’s a bit of a shame not to get a brewery glass this month, but perhaps it’s just as well as my cupboards are rather full as it is!

So, if you’d like to explore Belgian craft beer, especially based on individual breweries’ ranges, this is a great box. Oh, and it would make a lovely gift for anyone who has a taste for Belgian beer, or would like to try it!