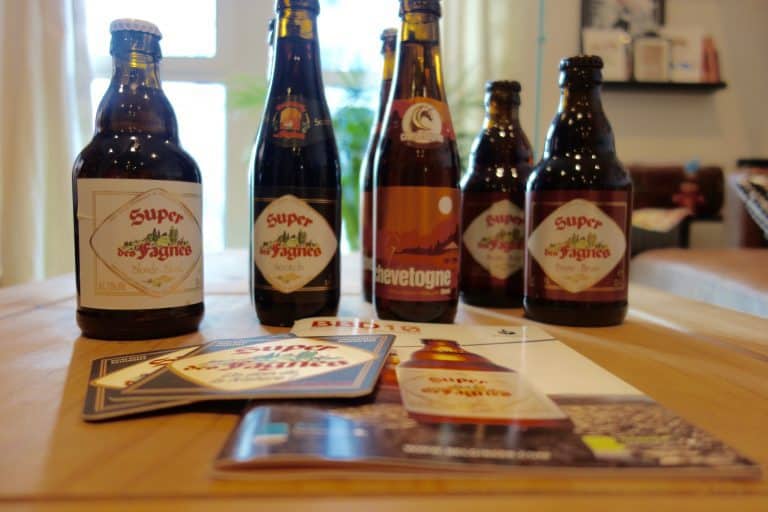 This month’s Belgibeer box is a counterpoint to September’s offering, which focused on the Brasserie de Villers and its medieval brewing techniques. While certain brewing practices and styles are intrinsically linked to Belgium- and Trappist beer is perhaps the best example- new and innovative approaches can’t be ignored. It’s hardly surprising that Belgium’s breweries unite ancient with modern brewing given the sheer scale of producers across the country, now numbering around 180.

October is a month of transitioning seasons, so it’s the perfect springboard to introduce something a little different. Enter La Brasserie des Fagnes, based in Mariembourg in Couvin, a microbrewery that takes a modern approach with their beer. The styles might be recognisable- a blonde, a brune- but des Fagnes excel in switching things up and producing one-offs and unusual styles. If that wasn’t sufficient, they launch a new beer almost every week. The brewery’s success speaks for itself- since 1998, it’s expanded to supply and sell 7,000 hectolitres of beer every year.

With such a potential wealth of beer to select from to represent the brewery, the team at BelgiBeer have opted to showcase four of the Super des Fagnes series, which promise to be both complex and interesting. I couldn’t contain my excitement at the prospect of getting stuck into this selection after perusing the information booklet. Two bottles of four beers were packed inside the cardboard box in addition to two brewery coasters. 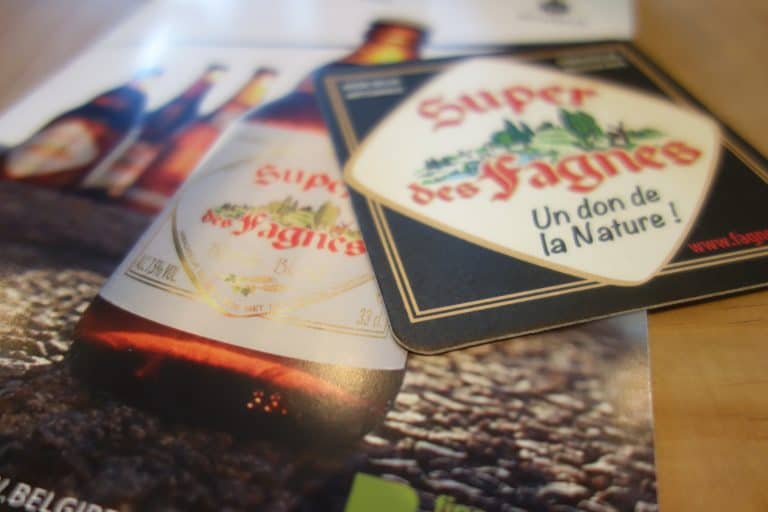 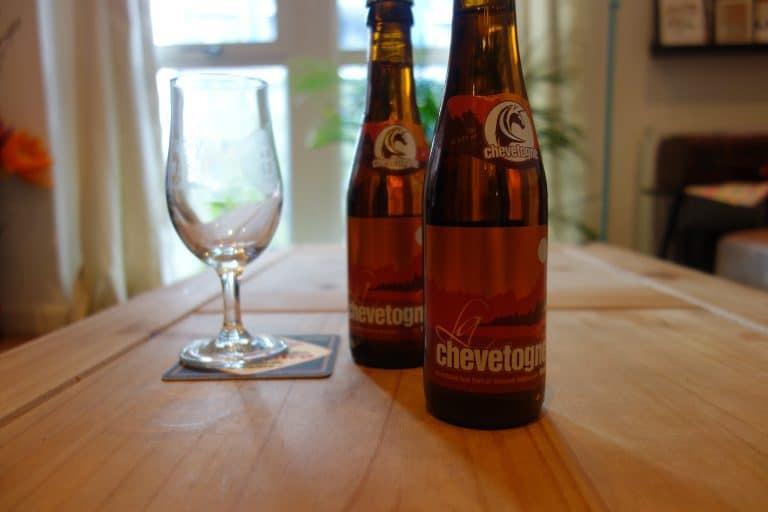 I wanted to be wooed by this experimental brewery, so it seemed apt to begin with the Chevetogne blonde beer as a baseline style that I’m familiar with. Some of the typical characteristics were immediately perceptible- mostly the ascetics in the golden colour when poured and the creamy off-white head. The aromas are very alluring, giving off a bouquet of sweet caramel that demands an immediate sip. The flavours are just as delightful with more sweetness and nuances of caramel alongside a chewy biscuit backbone. It’s beautifully creamy on the palate and finishes with a kiss of bitterness, making this a really solid rendition of a blonde beer that really stood out for me. 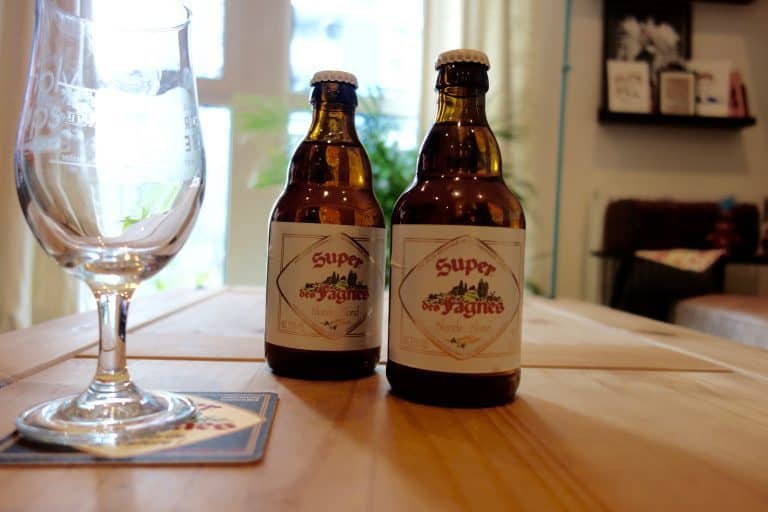 But the Chevetogne is not the only blonde beer included in October’s box. It’s accompanied by the Super des Fagnes Blonde, which is the brewery’s flagship beer. It pours slightly brighter than the Chevetogne, with another big white frothy crown. The nose of this beer is markedly different, however- there’s more spiciness rather than sweet caramel. There is still some saccharinity in the body, but balanced with more earthiness and bitterness from the hops. For drinkers who prefer a sharp finish, this iteration of the blonde will really stand out. 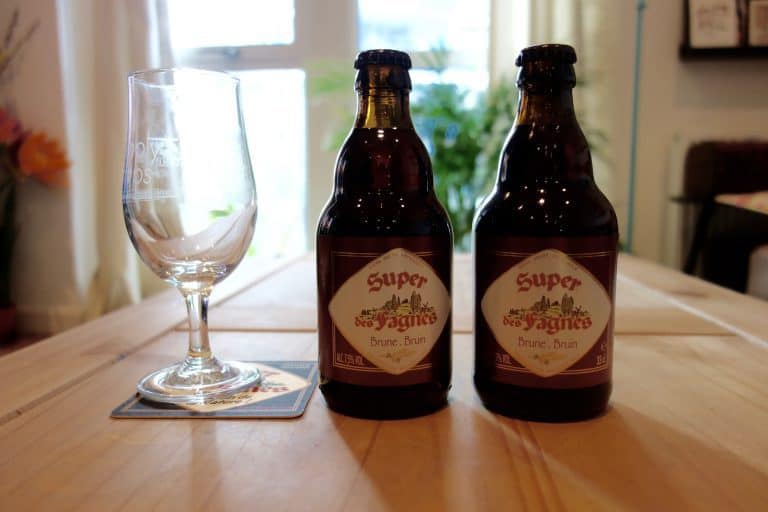 Moving on to more challenging styles, next came the Super des Fagnes Brune, a brown beer. This is another style that relies upon the perfect harmony of sweet and bitter, so it’s difficult to master. This beer pours brown with a tinge of red, a tan head and explosive fruit aromas that hit the nose immediately. There’s a touch of roasted malts in there as well. The flavours boast sweet caramel with a slightly bracing aftertaste. This is a very warming style that often appeals to me in the colder months- it’s a soft and comforting embrace in a glass that’s intensely quaffable. 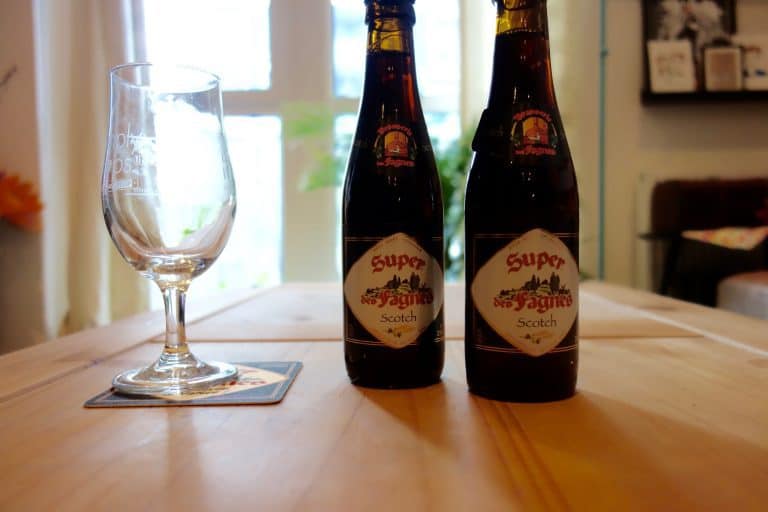 To conclude, the Super des Fagnes Scotch offered something entirely different. I was unfamiliar with this style of beer, which is characterised by rich sweetness due to caramelising the malts during the brew. Pouring an opaque brown, this style emanated some seriously complex and nutty aromas with a hint of treacle-like sugariness, exhibiting the robust character of this brown ale. The body imparted a bold taste of raisins and stickiness with a nice, rounded finish. Unusual but really enjoyable, this is another perfect seasonal beer for the chiller autumn months.

I was pleased to see that the recipe included in the information booklet was inspired by the scotch, as this was the most memorable and luxurious beer exemplified in the box. Naturally, this bold beer pairs perfectly with chocolate, so I’m already planning on whipping up a batch of the Super des Fagnes Scotch + chocolate brownies on the weekend with my surplus bottle. Thankfully the case provides two of each beer and I hadn’t downed them both!

Belgibeer can be subscribed to or gifted. The monthly boxes include two bottles of four beers (eight in total). Subscriptions can be purchased for a one-off box (27.90 €), or three (23.90€ per month), six (21.90€ per month) or twelve months (19.90€ per month), all prices exclude shipping. That works out to be approximately £23 for eight beers as a one-off delivery. Other additional Belgian produce or brewery glasses can be added to your order as well- if you’re a collector, you’ll know that it’s traditional for each Belgian brewery to have its own glass.

The change of gears in this month’s box demonstrates the value of a Belgibeer subscription- I envision that La Brasserie des Fagnes is likely a popular microbrewery amongst the locals, but would unlikely cross my path on my personal travels. I really enjoyed the beer this month and I’m grateful that the Belgibeer team are keeping subscribers guessing what will show up on their doorstep next.

Another great and surprising selection from Belgibeer that will satisfy the palates of beer connoisseurs and recreational drinkers alike.