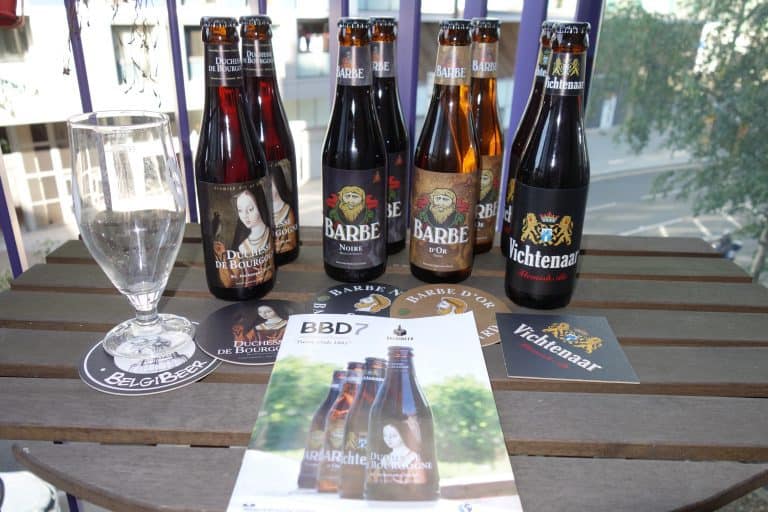 In the United Kingdom, the craft beer movement is changing the way that we drink. Different styles and microbreweries are popping up on every corner, exposing beer drinkers to a vast range of possibilities- no longer do we think in lager and ales, but now it’s framed in the context of a number of specific variations from American pale to Russian imperial stouts. It’s a beautiful spectrum of beer. While skilful brewers emulate the style of certain regional specialties- by using one of more of the original ingredients (hops, malts, yeast) for instance- the traditional techniques, even the local water, can play a central role in a beer style.

Because it doesn’t make sense to recreate a beer that has already been perfected over time, these contemporary versions pay homage to the authentic recipes. For those who want to savour the original, the Belgibeer subscription offers a solution. Belgium has been brewing since the 12th century and is known for its Trappist, Abbey and even Lambic beers (fermented with wild yeasts). There’s ample to discover across the country from its 180 breweries and Belgibeer makes the task manageable by focusing on a single craft brewery each month.

Every Belgibeer box includes two bottles of four different styles of beer, eight in total, from a brewery alongside an information booklet that outlines the history, a timeline and tasting notes for each bottle. This month, Brouwerij Verhaeghe is featured, a small operation located in the southwest of West Flanders. Founded in 1885, and only halted by a four year hiatus during the Great War, the brewery is still producing popular examples today. Subscribers are informed that this is a testament to the Belgian spirit- despite the devastation of the war, Mr Paul Verhaeghe was determined to keep brewing. 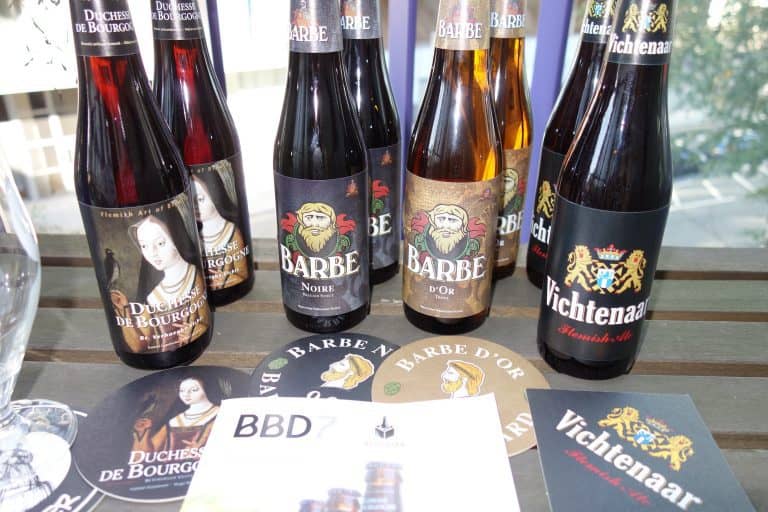 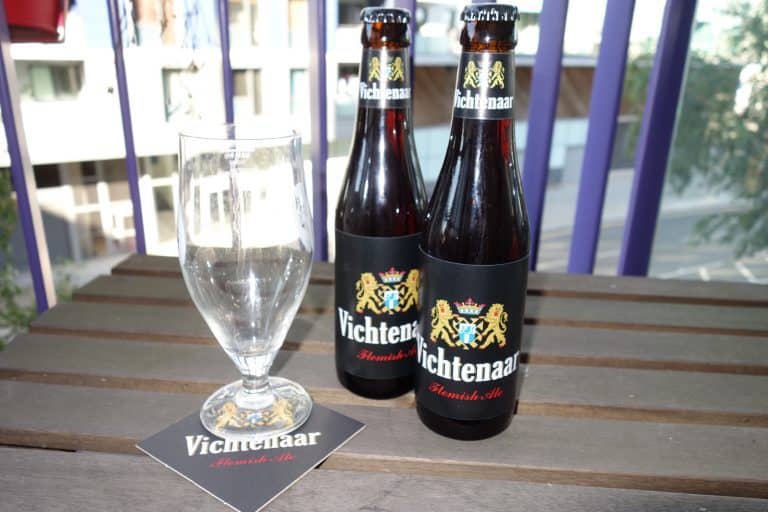 Starting with the instantly recognisable Flemish styles in the box, I opted to try the Vichtenaar first. A Flemish red ale, it decanted a deep reddish brown colour with a light, frothy head. On the nose, juicy stone fruit and a mild oak was present- not surprising, as this beer has been aged in oak barrels. The oak also comes through in the taste alongside a sweetness of fruit and a tangy sourness to counterbalance the sugary profile. It’s a very interesting beer with a lot of character and the sweetness is harmoniously balanced with the sour, making it a pleasantly clean and refreshing beer. 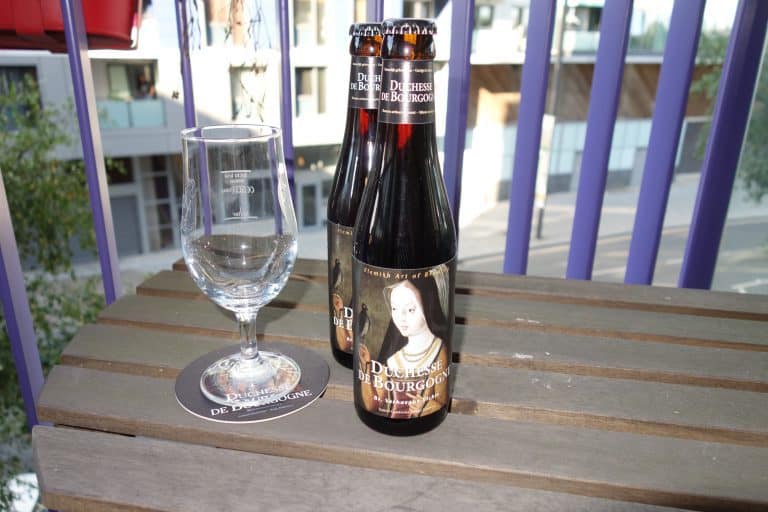 Eager to contrast the Vichtenaar with the second Flemish red ale, I moved on to the Duchesse de Bourgogne, which I have been advised is one of the brewery’s most popular offerings. The ABV is marginally higher- 6.2% compared to the 5.1% of the Vichtenaar- but it does share some of the distinctive characteristics of the style. Again, it pours a rich mahogany hue- perhaps slightly more reddish than the Vichtenaar- but with a more off-white foamy head. The aroma was once again sweet and slightly woody, again it’s fermented in oak casks, and the taste was deep and fruity- mostly raisins- but there is a palpable sharpness, making it slightly acerbic and tempering the initial sweetness. This is also nicely balanced and really enjoyable. 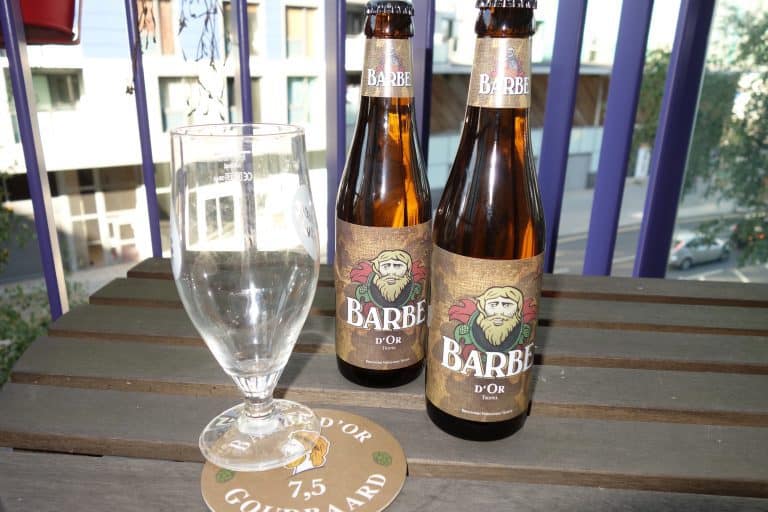 The blonde beer is another style closely associated with Belgium, so the third beer, Barbe d’Or, also promised an accomplished representation of the creamy, fruity favourite. It ticked all of the boxes immediately, presenting as a golden yellow with a thick, foamy head in the glass. Fleshy fruits and fruit yeast are discernible on the nose, but the aroma isn’t strong- on the palate, the maltiness comes through with a soft but bitter finish. As the style dictates, there’s very little in terms of hops in the taste. A high ABV beer at 7.5%, this is a pleasant example of a blonde ale, but not the most sessionable or veering too far from the classic style. 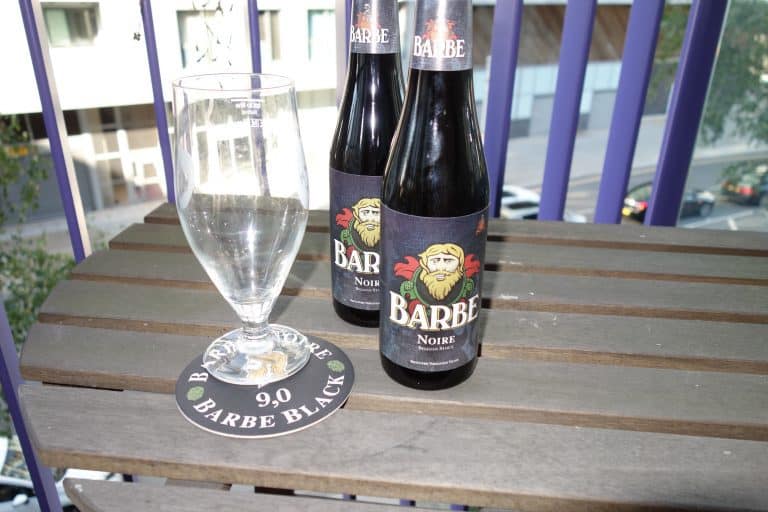 Finally, the most intriguing of the selection was the Barbe Noire, a stout with an ABV of 9%. The stout isn’t a style expected from a Belgian brewery, so this piqued my interest. The colour was there- a dark, opaque brown with a tan head- and the characteristic aroma of chocolate, roasted malts and notes of caramel. So far so good. Upon sipping, flavours of coffee and rich, dark fruits come through. There’s a balance of bitterness and sweetness in the body and the strength of the beer isn’t discernible at all. It was a nicely rendered Belgian spin on a classic stout.

This month’s selection from Brouwerij Verhaeghe aptly represents what Belgibeer succeeds at: showcasing the range of a small, independent Belgian brewery- one that is unlikely to show up on your radar otherwise- and demonstrating the wide spectrum of beers coming out of the country. The fruity, complex and yeasty qualities that make these beers so palatable are a world away from hoppy and razor-sharp bitterness of the popular American IPAs that dominate the UK market.

This is the Belgibeer concept and hints towards the demographic a subscription- it’s an easy choice for any beer fanatic (even better as an unexpected gift), or merely someone who has an affinity for Belgian beer. I know plenty of people who will drink Leffe, but won’t touch a lager. Belgibeer can be bought or gift for 27.90€ (approximately £21.40) plus shipping as a one-off box, or in increments of three (23.90 €/month), six (21.90 €/month) and 12 months (19.90€/month). Boxes can be upgraded to include the bespoke brewery glassware and other Belgian-inspired foodstuffs.

For the right person, Belgibeer proves a great concept. I enjoyed all of the beers included in this month’s box and enjoyed learning about the brewery. In fact, I’m beginning to feel inspired to take a road trip around Belgium to visit some of the breweries that I’m discovering first-hand!

A great way to explore the vast range of beers on offer from Belgium that will appeal to beer aficionados or merely the adventurous.