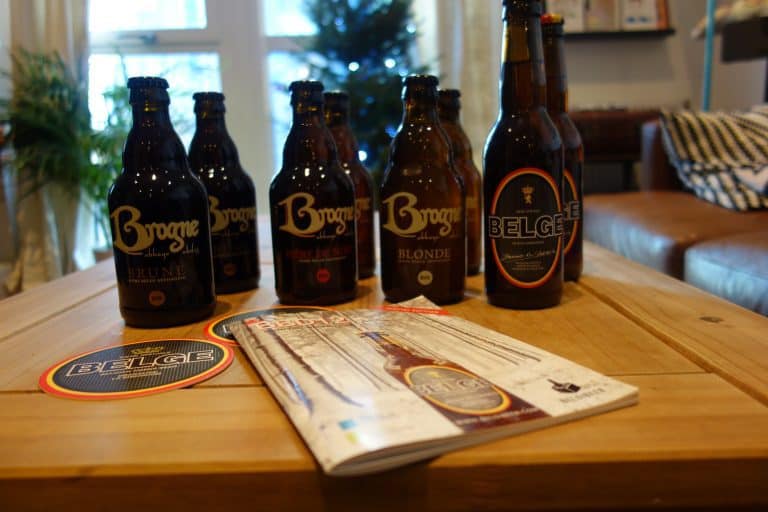 I can’t think of a better time of year to indulge in the darker Belgian beers than Christmas. The infusions of cloves and warming spices marry with the food and sensory experiences of the festive season. Like mulled wine and mince pies, the flavour profiles of these beers just embody everything that I associate with December. The team at Belgibeer must agree with me on this point. This month, they’ve curated a box from Brasserie de l’Abbaye de Brogne in Saint-Gerard that includes some seasonal picks. Even more interesting is the fact that the brewery is the first in Belgium to produce the first organic abbey beers in Belgium.

L’Abbaye de Brogne is hosted inside the walls of Brogne, an abbey with origins extending back to 919. Although the original abbey was destroyed in the 16th century, the monastery survived and in 2013, traditional monastic brewing techniques were employed again to brew organic beers. The brewhouse was installed inside the walls of the monastery with permission of the city of Mettet, who own the abbey. Since 2013, it has continued to expand with more storage tanks. The brewery focuses on meeting traditional with the new; and given the fact that they’re following recipes of classic abbey beers with the introduction of new, organic ingredients, they’ve accomplished this harmony.

The cardboard box that showed up on my doorstep this month was stocked with eight carefully packaged beers, two brewery coasters and a magazine. The magazine seems to have gone under a makeover, and it included more photographs and information about the Belgibeer team, concept and the process of how the beer goes from brewery to box. There are additional interviews with the brewer and recipes that pair well with the curated beer selection. The magazine promises further advancements in 2017 to the subscription service, including a revamped website that will have a more interactive and community focus. 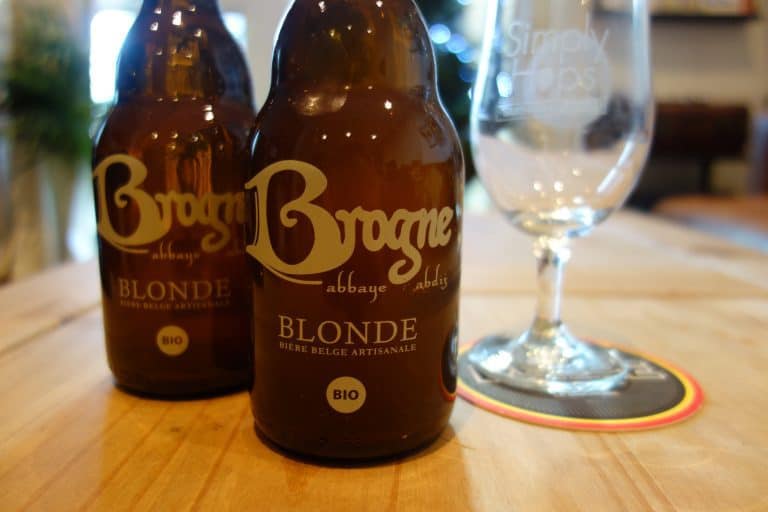 Starting with the blonde beers is always a good introduction to a Belgian brewery as I have a good idea of what to expect from this style. That’s not to say that I don’t like ambitious variations to it, but it’s a good baseline. In this case, the beer pours as I would expect, with a nice hazy body and a creamy, frothy head. It has a straw gold hue and looks very inviting; but the aromas aren’t as fruity and lively as I expected. They’re pronounced, but are almost herbal rather than packed with fruity and sweet yeast esters. On the palate, the beer is slightly tart and not overly bitter- it’s drinkable, but not as remarkable as some recent variations of this style that I’ve enjoyed. But I was happy to move on to the next familiar style. 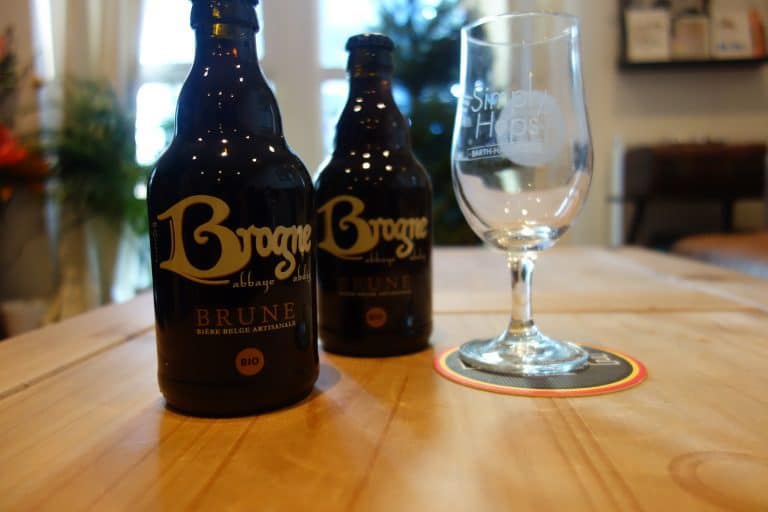 Following the blonde was the brown abbey beer, another typical Belgian abbey beer style. It manifested the requisite characteristics in the glass, including a dark mahogany colour against a tan head of foam. Aromas of caramel, roasted malts and chocolate jumped from the glass, giving off the warming and intense flavours that make this an excellent December beer. Upon tasting, the same flavours were present with the addition of some pleasant bitterness in the finish. It’s slightly sweet and bursting with some nice roasted characteristics that make it an enjoyable drink. 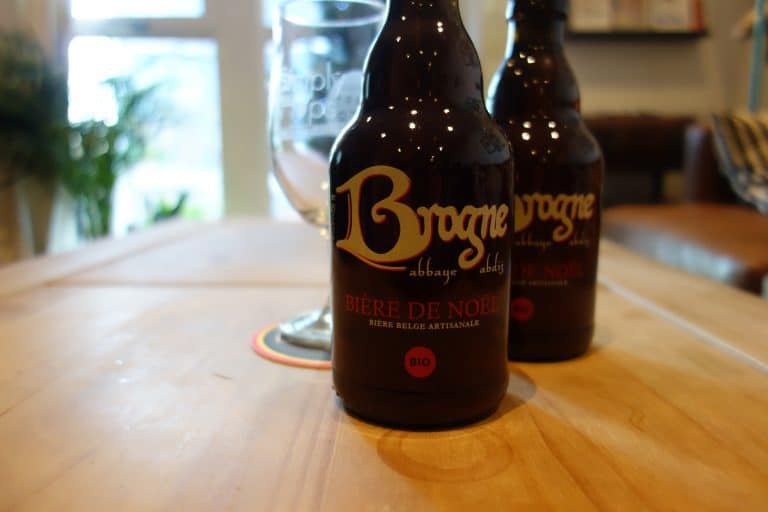 Moving on to the Spéciale Noël, I was curious to see just how much of Christmas was packed into this 300ml bottle. It boasts a copper body with an off-white head of foam and some big, welcoming aromas of fruit, spices and malts. It definitely embodies a solid festive profile reminiscent of fruit cake. This also has a big ABV of 8.5%, meaning that there’s some heat from the alcohol in the body, but this is somewhat tempered with sweetness from the residual sugars and hints of caramel. It has a slick texture and there’s no denying that this is a warming beer that will leave your cheeks flushed. 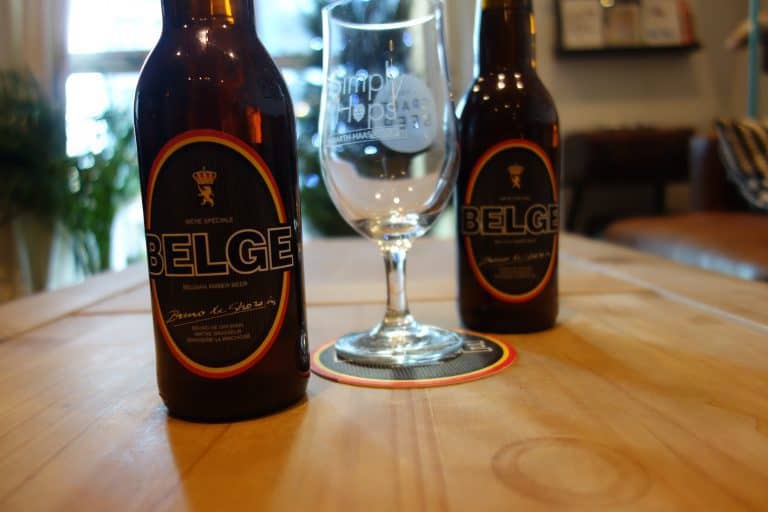 Finally, the Spéciale Belge is a bit of a wild card. Unsure of what to expect, I poured this to find an orangey/ marmalade colour with lots of foamy head. On the nose, the aromas are sweet and malty while the taste is balanced hop bitterness with sweet malts. It’s a well-rounded drink that’s easily sessionable and not expressly Belgian at all; regardless, it’s a decent beer with some nice flavour nuances.

All in all, this month’s Belgibeer brewery selection was interesting, especially because of its claim to being the only Belgian brewery using organic ingredients in their abbey beers. The inclusion of a special Christmas beer was also apt and appreciated. Although I found some of the beers more stirring than others, it’s really all about the spirit of discovery. Given the amount of breweries in the country (over 200), it’s only sensible to leave the research in the hands of an erudite team. I also felt that the magazine was more engaging because there were more photographs and insight into the office life of Belgibeer staff through candid snapshots.

Belgibeer can be subscribed to or gifted. The monthly boxes usually include two bottles of four beers (eight in total). Subscriptions can be purchased for £24 per month or £288 for an annual subscription (but three months free boxes are thrown in).  Shipping is not included, but DPD options are available for pick-up (£2.90) or home delivery (£4.90 or £7.90 for express). Other additional Belgian produce or brewery glasses can be added to your order as well- it’s traditional for each Belgian brewery to have its own glass.

This month’s box has inspired me to cosy up with a winter warmer, in front of roaring fireplace…Okay, I don’t have one of those, but you get the idea.