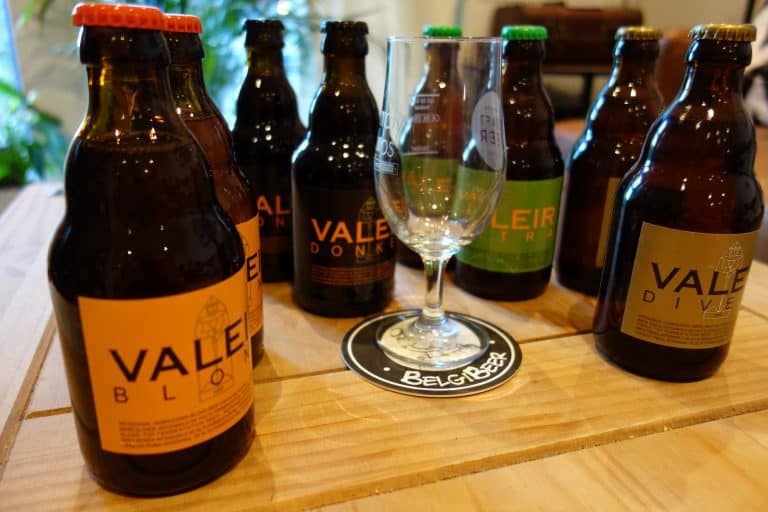 It’s easy to be influenced by first impressions, especially when straining to identify common ground with a product. Take a foreign brewery, for example: we glean information from a bottle, scrutinising the design of the label or its shape. Even the moniker of the brewery itself can be revealing- this is exemplified with Brouwerij Contreras, this month’s featured Belgibeer brewery, located in East Flanders with a conspicuously Spanish name. Despite this, their beer is authentically Belgian and the brewery has a credible range of styles that would satisfy any honed palate.

The justification for the Spanish allusion is straightforward. The original brewery, the Latte Brewery, was a family-run operation for 80 years. It was sold to Rene Contreras in 1898 and has remained in the hands of the Contreras family since. They focus on brewing Belgian styles but have retained an essence of their Spanish ancestry via their branding, which incorporates a Spanish coat of arms. 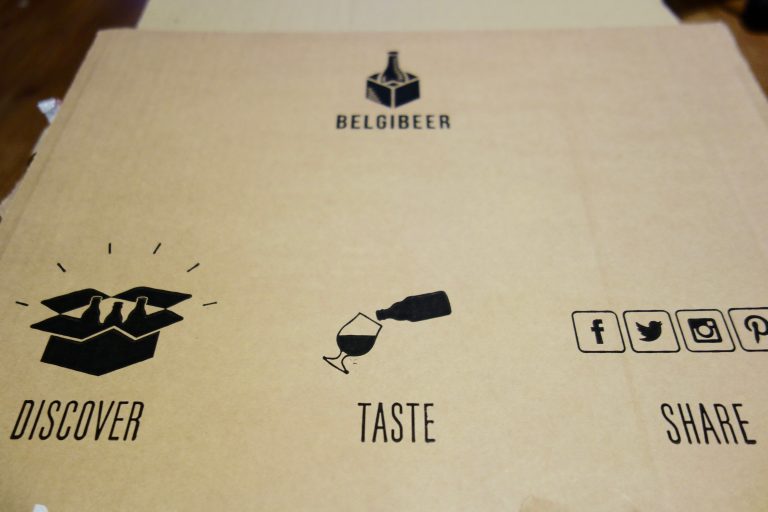 August 2016’s Belgibeer box includes eight bottles- two bottles of four different styles- from the Contreras brewery to showcase their range of Belgian-styled beers. Arriving on your doorstep in a cardboard box, each bottle is carefully slotted in and protected from the knocks of transportation. An information booklet and some coasters are also tucked inside. 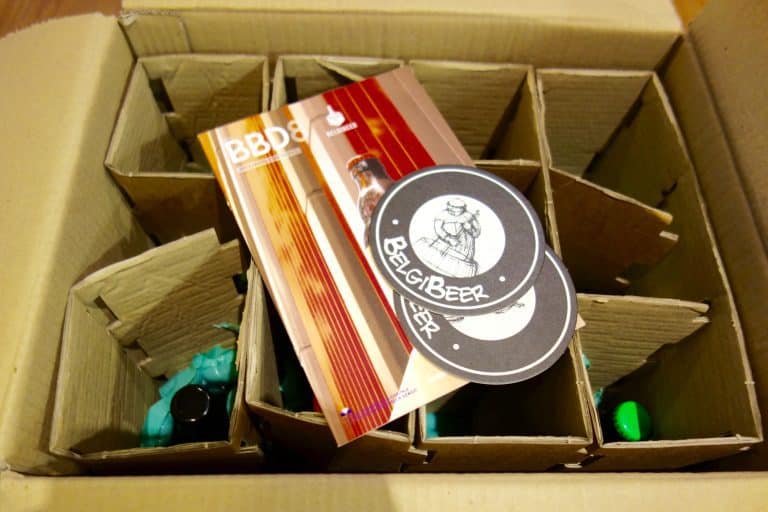 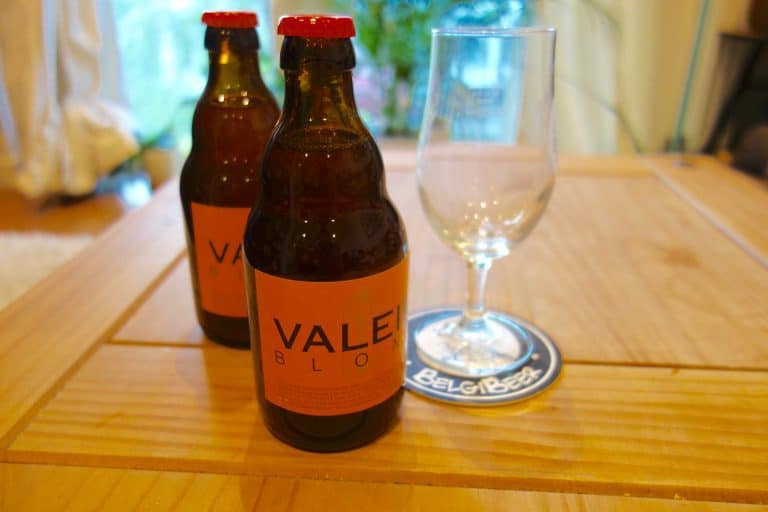 Beginning with a classic Belgian style of beer- which is a good way to establish a baseline for a brewery’s range- the Valeir Blond presents the customary characteristics of a blonde: it pours a hazy golden hue, topped with an inviting creamy froth. Blonde beers typically comprise of pilsner malt, giving them a light body comparable to a pale ale, and demonstrate only mild bitterness introduced from noble hops. This beer exhibits these features, but with some interesting distinctions- the nose is yeasty, herbal and malty and the caramel sweetness of the malts is paired with a clean citrus edge. This beer is remarkably refreshing, boasting a thirst-quenching and pleasing bitter finish. It’s demonstrative of Contreras’ confidence and ability to produce a noteworthy blonde beer. 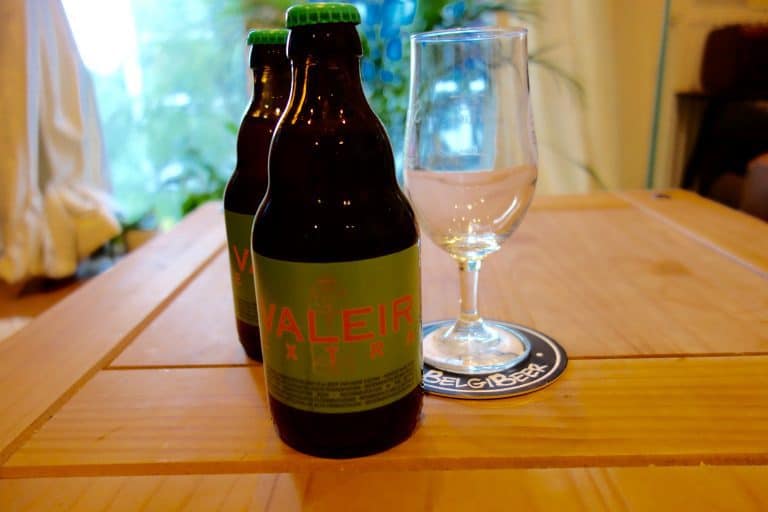 The next style is a slight digression: an IPA that isn’t an American variation characterised by fierce hop bitterness. This is a gamble given the current taste for powerhouse examples of the style. The Valeir Extra decants a similar hazy colour as the blonde, but the aromas are entirely different- substantial whiffs of citrus from the hops are present with an underlying hint of grassiness. The taste is clean and fresh, dominated again by the citrus characteristics of the hops with a lingering gentle bitterness. Not too aggressive or punchy, it’s a palatable IPA, but lacks the oomph required to really stand out against more flavour-packed examples. 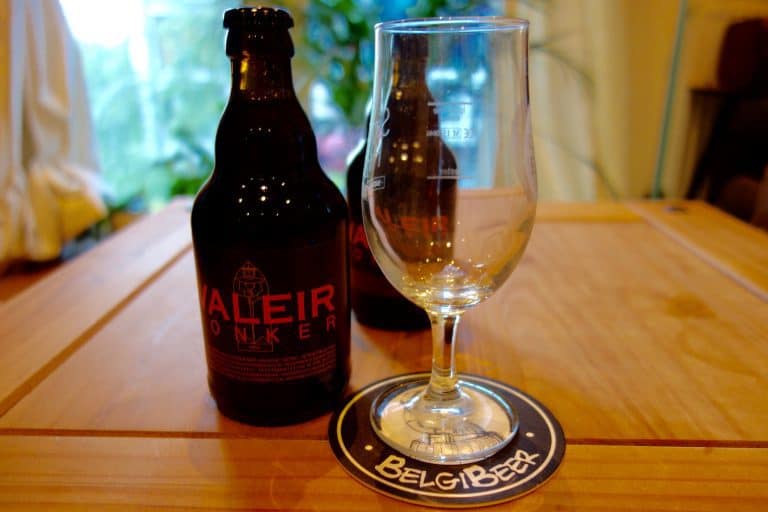 Moving on, the Valeir Donker is in safer territory as a brown ale, which is another style prominently featured in previous Belgibeer boxes. It pours a deep reddish brown with a peaky tan head. Very aromatic, giving off a bouquet of sweet demerara sugar with some spicy undertones, the taste features the same characteristics of  soft caramel and candy balanced with earthy spiciness and hints of bitterness. Boasting a beautiful aesthetic appearance in the glass and a warming, sweet flavour, this is a highly drinkable beer with a reasonable ABV of 6.5%- something that tends to rise as sugar is introduced to a recipe. I enjoyed the smooth, balanced flavours of this brown ale and would happily revisit this. 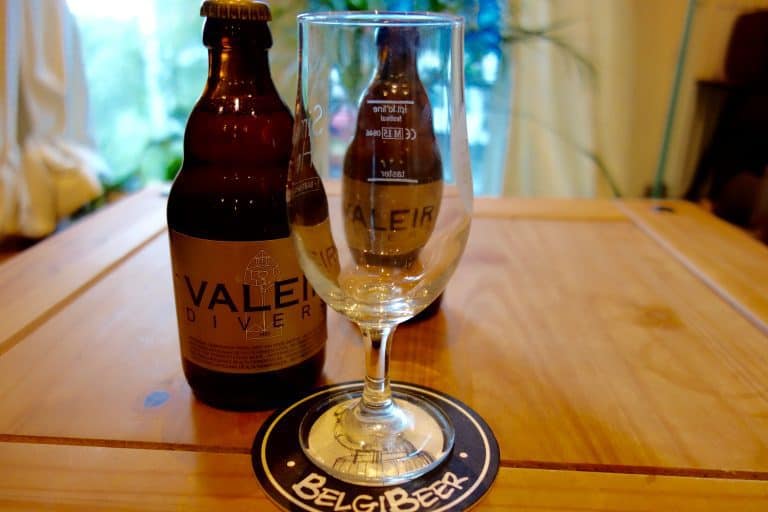 The final beer was the Valeir Divers, a Belgian tripel, which is a style that gets its name from the amount of malts used in the brewing process- three times that of the standard ‘single’ Trappist beers. Traditionally, tripels carry a higher ABV because of the addition of cane sugar to the brewing process, which is transformed into alcohol by the yeast during fermentation. The Divers has an ABV of 8.5% and is a highly complex beer- beyond its pale straw appearance with a creamy white top, the nose is dominated by yeasty notes and a tinge of citrus. On the palate, a hint of sweet apricot is balanced with a taste of cereal and a gentle dose of bitter hops, resulting in a rounded and satisfying beer. It’s a good, safe take on a tripel. 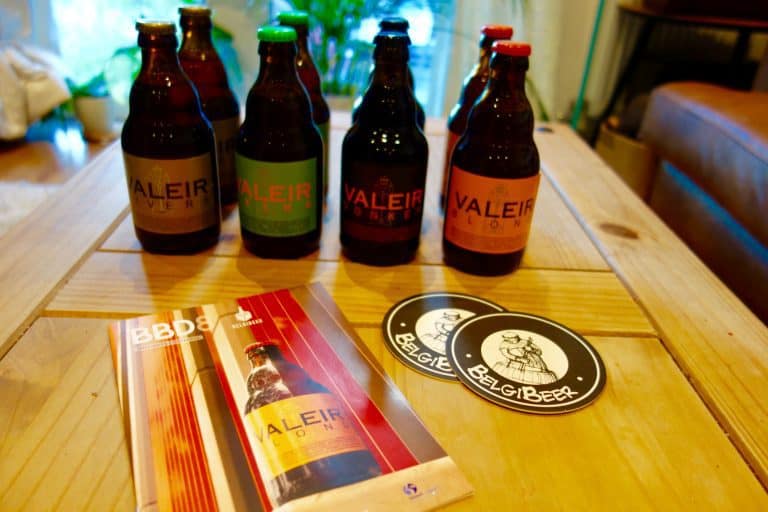 On the whole, this showcase of Brouwerij Contreras’ range included both well rendered Belgian styles and an unexpected inclusion of an IPA. I had the strongest penchant for the Valeir Donker, wasn’t bowled over by the IPA and felt that the blonde and tripel were reasonable examples of each style, yet there’s nothing here that I wouldn’t happily swill again. A  Belgibeer subscription has amplified my familiarity of certain styles and sharpened my palate for particular features; as a consequence, I’ve developed a more enlightened approach to drinking the most prominent styles.

A Belgibeer subscription exhibits the rich brewing heritage of Belgium and will appeal to avid beer drinkers who are either curious about styles attributed to the country or who are already familiar with blondes, donkers and tripels. It promotes a journey of discovery across a region teeming with craft breweries, some of which have been established for over a century. Subscriptions can be purchased for a one-off box (27.90 €), or three (23.90€ per month), six (21.90€ per month) or twelve months (19.90€ per month), all prices exclude shipping. That works out to be approximately £23 for eight beers as a one-off delivery. Other additional Belgian produce or brewery glasses can be added to your order to complete the experience.

Each Belgibeer box includes two bottles of four different styles of beer, making it easy to share the experience- my passion for beer is thankfully shared with my boyfriend, so it allows us to discuss and enjoy each beer together. This, in my opinion, is the true value of the subscription- it’s a collective occasion and subscribers are granted access to small local breweries that they’d unlikely ever encounter with no passport required.

Belgibeer is a fuss-free way to enjoy a range of beers from a region with a rich brewing heritage.