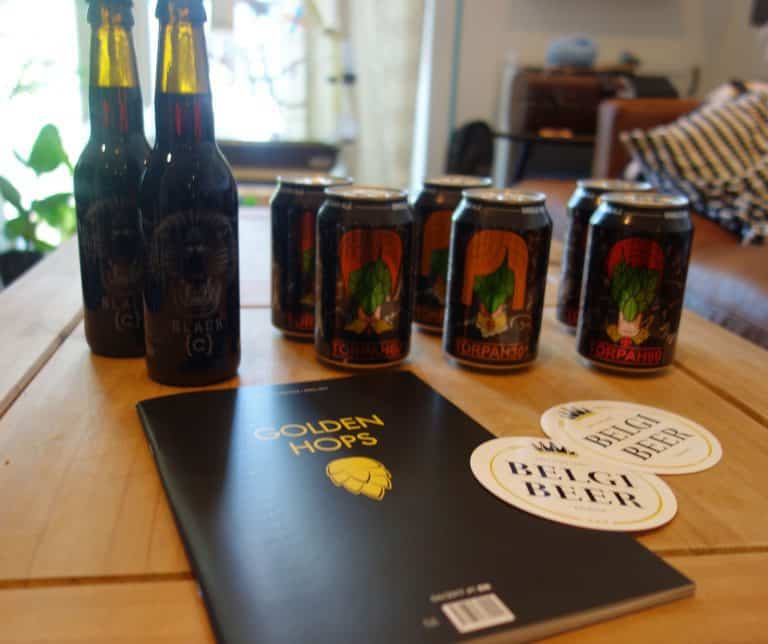 This month’s Belgibeer box focuses on the very modern Brasserie {c} in Liège, making a change from the breweries entrenched in tradition that are usually featured. Reminiscent of the familiar origin story heard in any city where a craft beer movement has taken off, {c} was founded in 2009 by two 20 year-old agriculture students. After a bout of home brewing together in a garage, they moved to larger premises when their beer quickly attracted a following. They now operate a brew pub on site, but despite the very modern foundations, their beer does have some traditional Belgian influences.

This is a true craft beer tale, inspired by enthusiastic young men who were passionate about brewing and appreciate the creativity of the process. In fact, when they opened their brewery, it was the only craft – or ‘artisanal’ brewery – in the region. No monks, no abbeys. Francois and Renaud, the duo behind the beer, cite a number of international influences in their brewing too; after reading their background, I was eager to sample these modern Belgian beers.

Once again, the Belgibeer team have improved the subscriber magazine in this month’s box, increasing the number of features inside and improving the content and photographs. This makes it a pleasure to read and provides an insightful introduction to the brewery and its ethos. After perusing this, I was equipped to appreciate the beers. 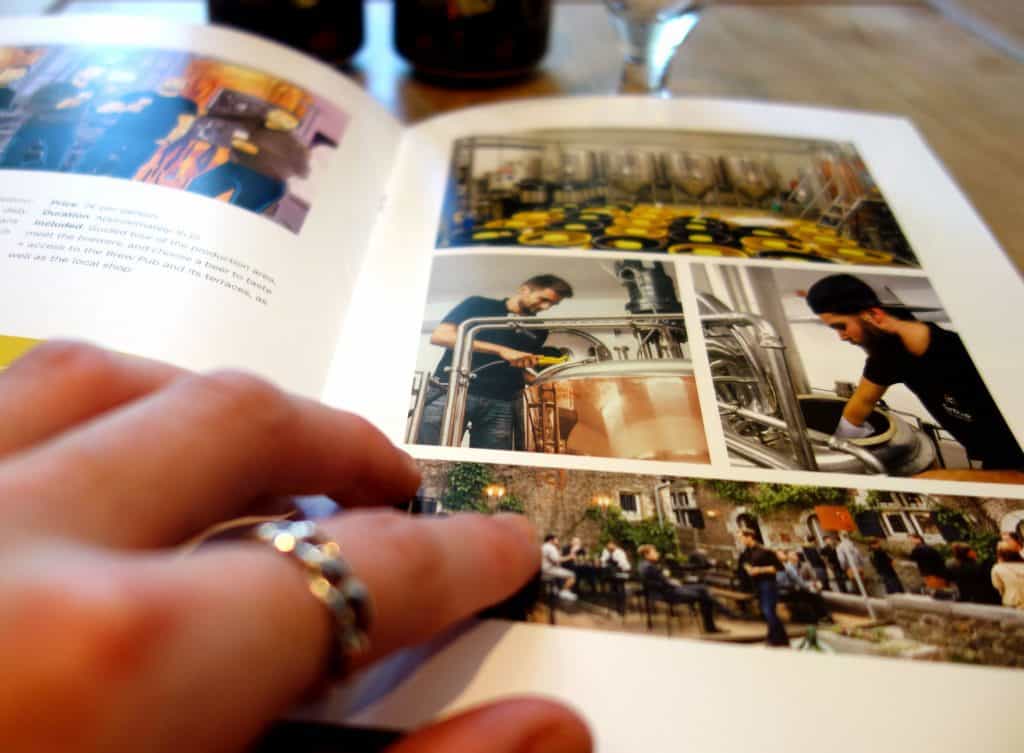 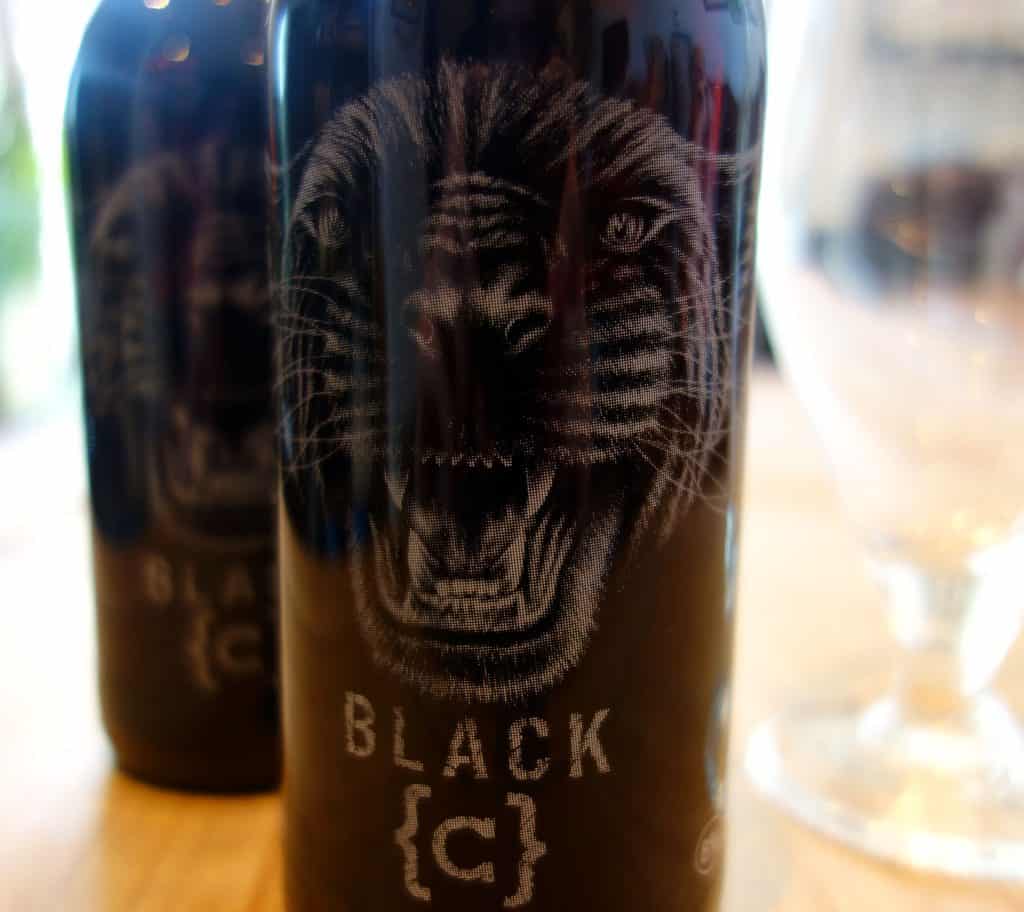 The first beer – and the only beer to arrive in a bottle – is branded with a screeching panther image. It’s an unpasteurised and unfiltered stout boasting an ABV of 8%. It pours an opaque black, laced with a fizzy tan head. On the nose, there’s an earthy hoppiness mingling with dark chocolate and rich cocoa notes. These aromas are also present in the taste, where roasted malts meet chocolate, but the whole thing finishes on a refreshing footnote with a bitter kiss. This was very drinkable and balanced. 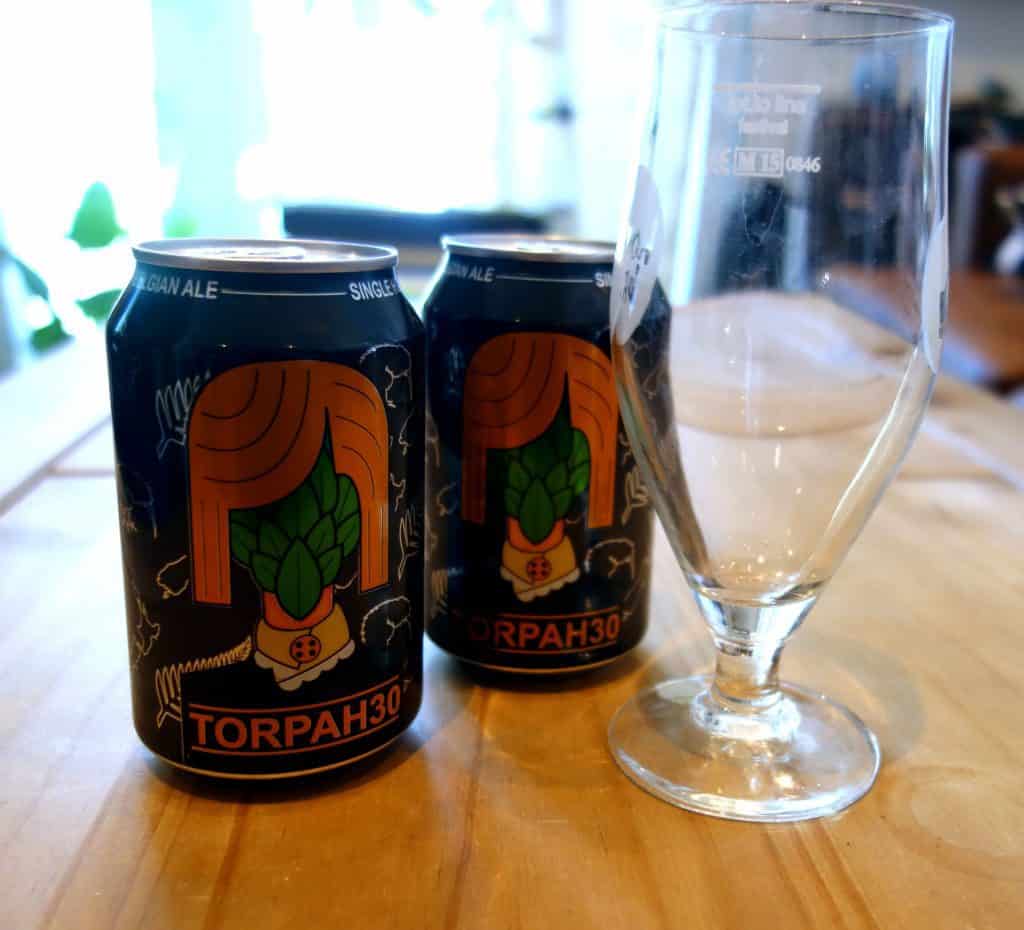 Moving on, the Torpah 30 is a singled hop blonde, pouring a glorious gold with a frothy white head. It’s a picture-perfect blonde beer in the glass. The name is an anagram of ‘Art Hop’ and this beer relies entirely upon the Wai-Ti hop from New Zealand, which is tropical and juicy variety. The aromas and flavour demonstrate this, bursting with mandarin, citrus and even lychee. This beer isn’t too bitter to taste – the ‘30’ refers to its bitterness measurement on the International Bitterness Units scale (IBU), indicating that this is on the lower end of the spectrum. The beer is very refreshing, fruity and sessionable as a consequence. Easy-drinking and fresh, this is the perfect summer beer. 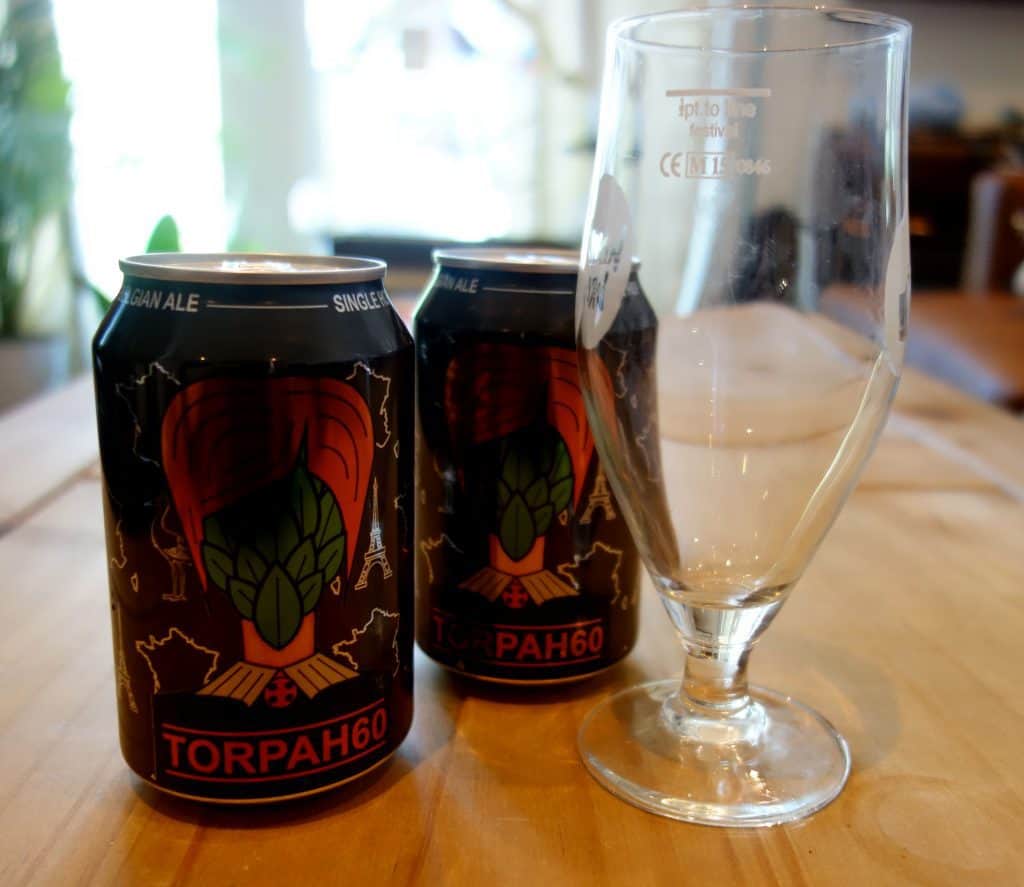 The Torpah 60 is similar in appearance to the Torpah 30, but this beer relies upon the Aramis hop from France for its flavours and aromas. Hops from the European continent are known as Noble Hops and they are traditionally characterised by earthy qualities. In this case, there’s a lot of floral on the nose and in the body, which a gentle hint of spiciness. Again, the ‘60’ indicates how bitter the beer is on the IBU, so there’s a slight palpable difference in the lingering taste. 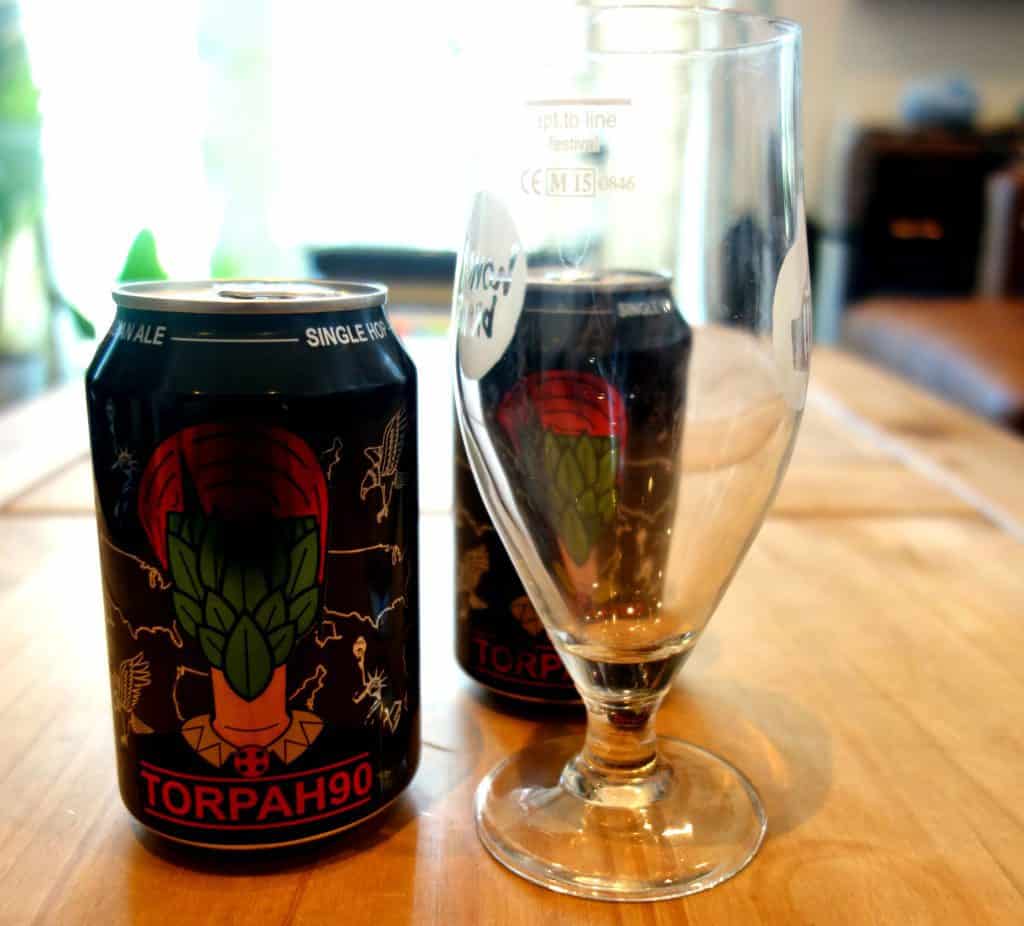 Finally, the Torpah 90 extols the virtues of the Chinook hop from the US, a variety that’s known for its grapefruit/citrus qualities. This is the bitterest beer of the three on the IBU scale, and it does carry quite a punch. Big citrus and resinous notes are present here and the beer is intensely aromatic. The big bitter finish makes this a real thirst-quencher. The subscriber magazine suggests that you pair this big beer with spicy meatballs, so this beer is treated like a bold IPA rather than a blonde beer. Again, this was interesting and very enjoyable.

I liked the selection of single hop beers, as it brings out the best characteristics of each featured hop. For people who enjoy their beer, this is also a good exercise to pinpoint what precise qualities a hop brings to a brew. As the three Torpah beers were blondes, they had a really nice creamy texture and were perfect to drink in the sun.

Belgibeer can be subscribed to or gifted. The monthly boxes usually include two bottles of four beers (eight in total). Subscriptions can be purchased for £24 per month or £288 for an annual subscription (but three months free boxes are thrown in).  Shipping is not included, but DPD options are available and include pick-up (£2.00) or home delivery (£4.90). Other additional Belgian produce or brewery glasses can be added to your order as well- it’s traditional for each Belgian brewery to have its own glass.

This was a nice break from the norm, where a very new brewery was in the spotlight, reminding me that Belgian beers are still innovative and ready to compete for the attention of drinkers in a quite saturated market.

Another surprising box from Belgibeer, this is a bit of a change from all the traditional breweries seen in the past. Change is good, and the beer is even better.