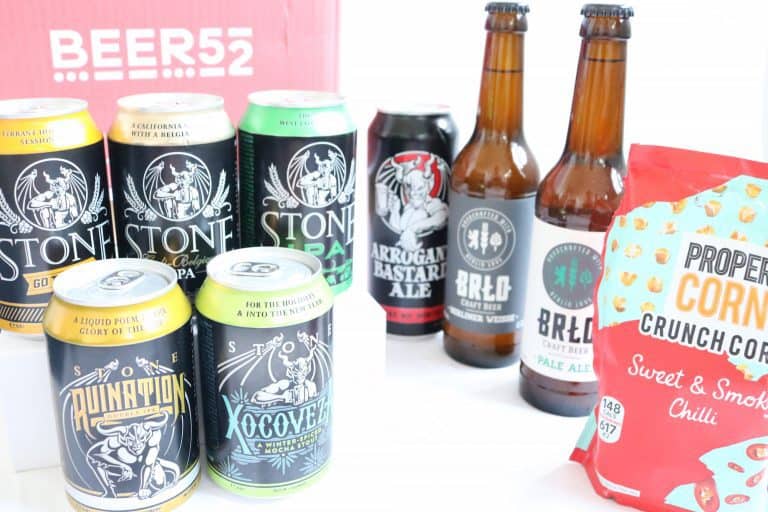 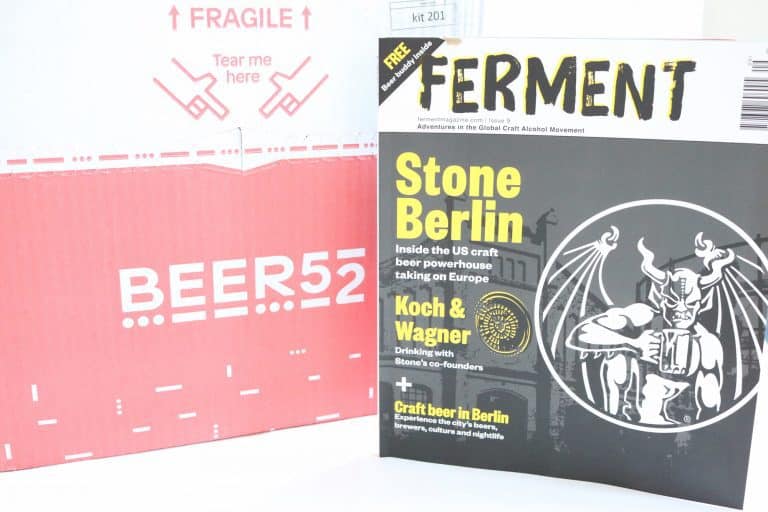 This month’s selection of beers in the Beer 52 box were focused around Berlin. The box included the usual eight craft beers, a Ferment magazine and snacks in the form of Proper Corn Sweet and Smoky Chilli Crunch corn. Once again, my boyfriend was put to the test as the taste tester! His overall opinion? There wasn’t one that he didn’t enjoy. 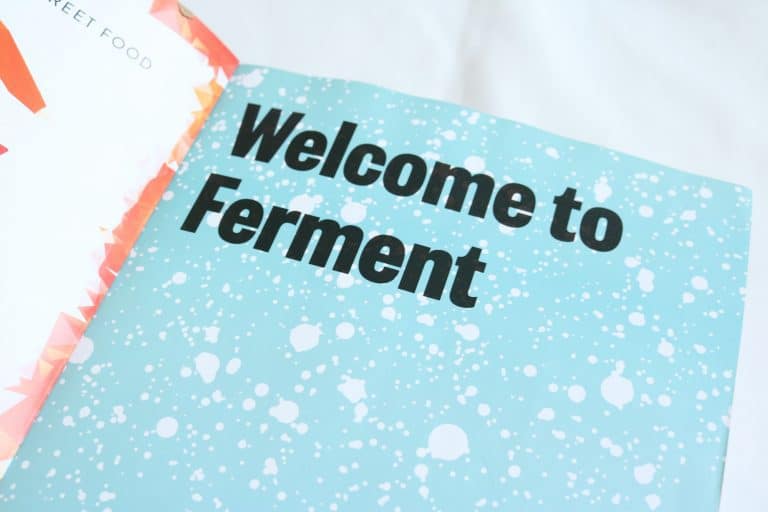 He chose to save the beers for a gathering at his house, which meant that he was able to chill them, as he’s not the biggest fan of a warm ale! It meant he was also able to discuss the beers with friends and family, and everyone can join in the fun of testing them out. The social aspect of enjoying a drink is one of the best reasons to even drink, after all!
The first one he went for was the Stone Go To IPA – it was nice and light, and probably one of his favourites from the box. They just seemed to have the coolest designs on the cans too, right?! He then went onto the BRLO bottles – his favourite of the two was the pale ale. Unfortunately, the Berliner Weisse was his least favourite of the overall box – he wasn’t keen on the after taste. But hey – this is the point of a subscription box – to try out different things! 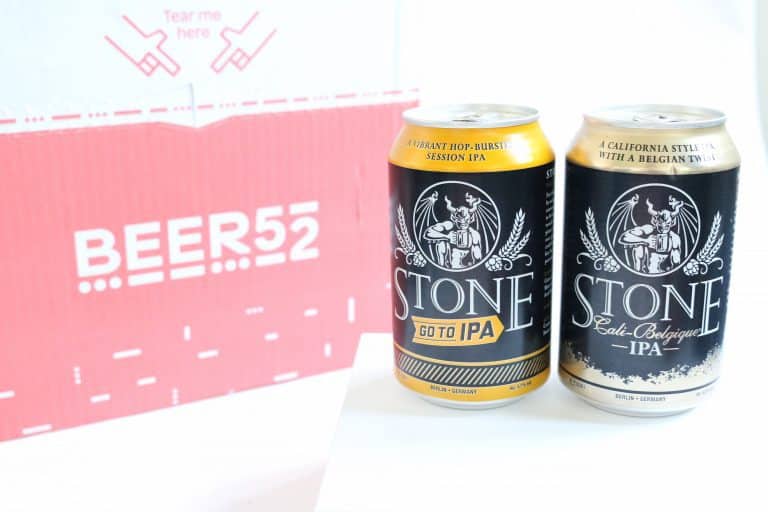 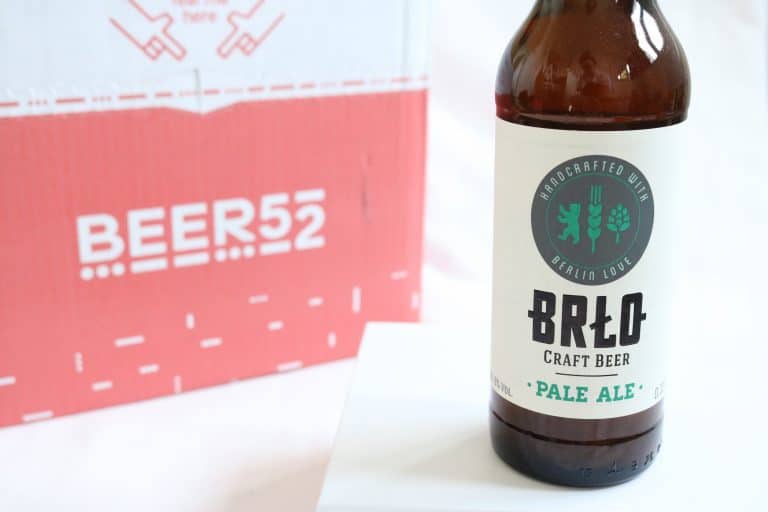 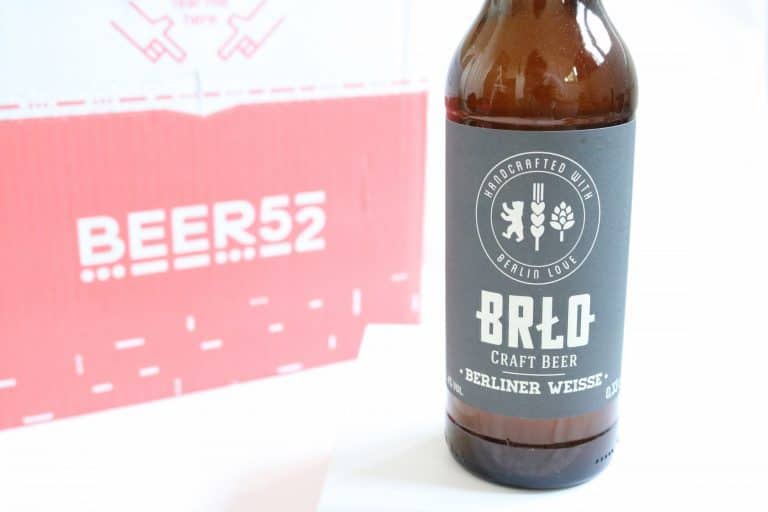 The most different and unusual beer of the bunch was the Stone winter spiced mocha stout. At 8.1%, it should be heavy, but the beer sits well with a lovely flavour. Although, this doesn’t seem to be the most obvious choice of year for a holiday themed flavouring! 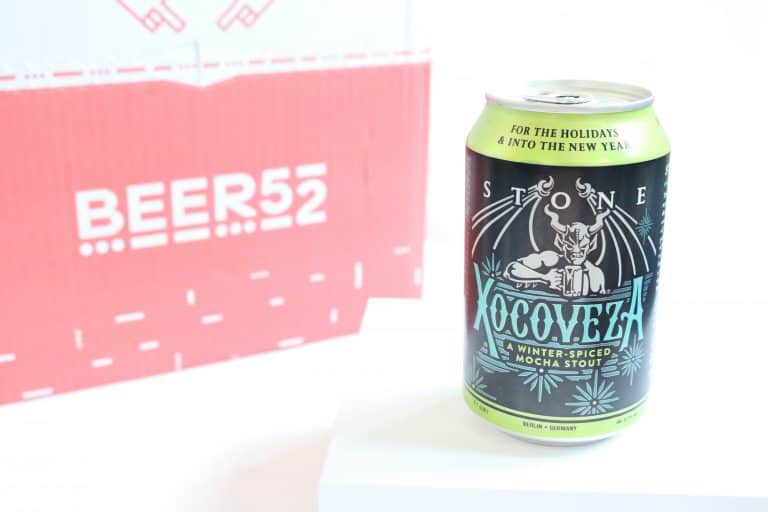 The rest of the cans followed suit and were all as good as each other when moving through the percentages – he enjoyed them so much, that he noted he would definitely buy them if he came across them in a pub. 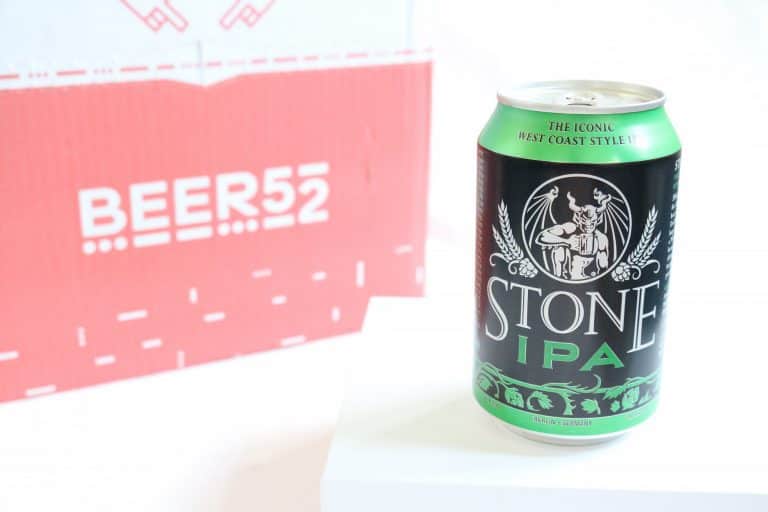 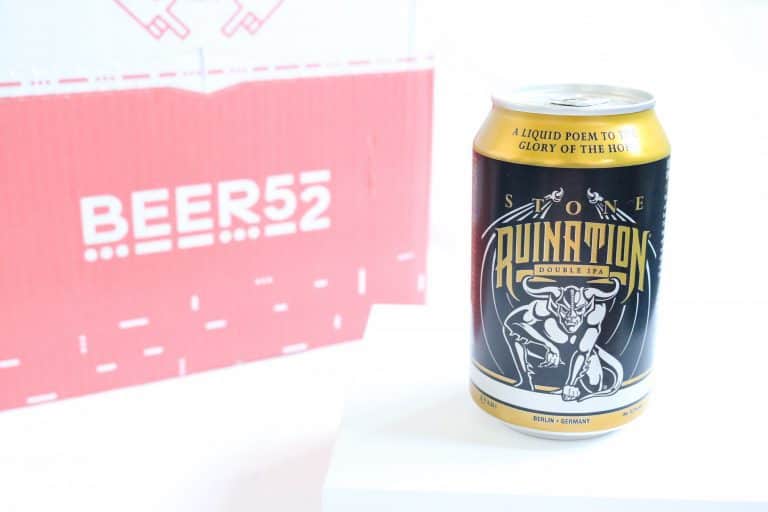 I’ve saved the best for last… the star of the show was the Arrogant Bastard Ale – not only for the name, but it was a really nice beer despite the percentage and wasn’t too heavy. The name and design on the can definitely provided some entertainment to friends and family, too! 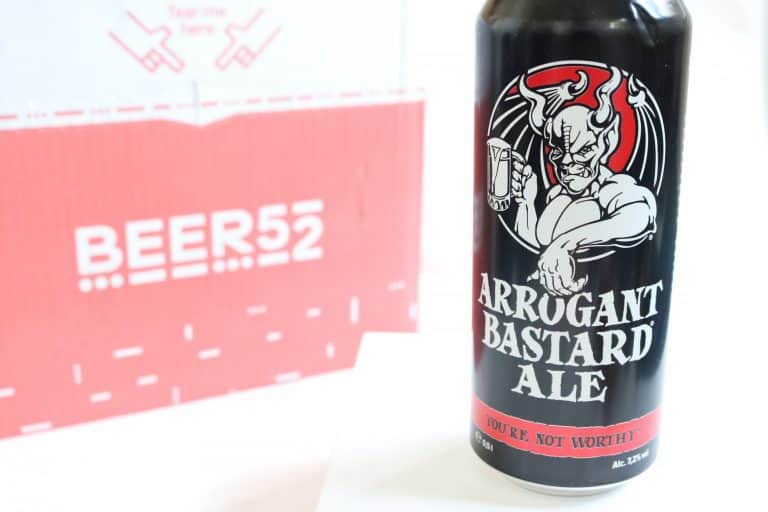 As for the snack in this month’s Beer 52 box? The Proper Corn Crunch Corn complimented the beers perfectly – it’s an enjoyable snack that could easily replace nuts as the typical pub snack in the future. 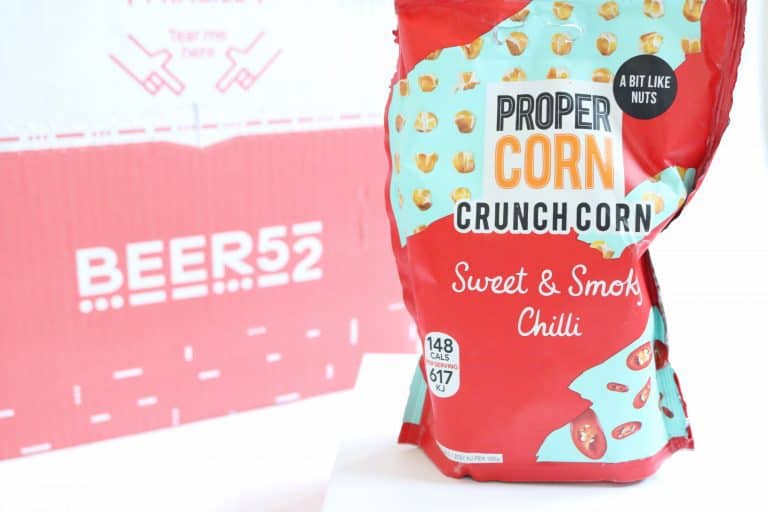 Overall, Taylor thoroughly enjoyed this box – he really enjoyed the taste of most of the beers. For him, it’s the experience and opportunity to taste different beers from a certain country, culture and place that makes the Beer 52 box so appealing. He couldn’t find many faults or reasons to knock points off this box whatsoever – his only comment being on the ‘value for money’ – he would prefer there to be 10 beers as opposed to 8… but maybe he’s just being a little greedy!

A very strong box from Beer 52 - full of a large variety and interesting selection of beers.