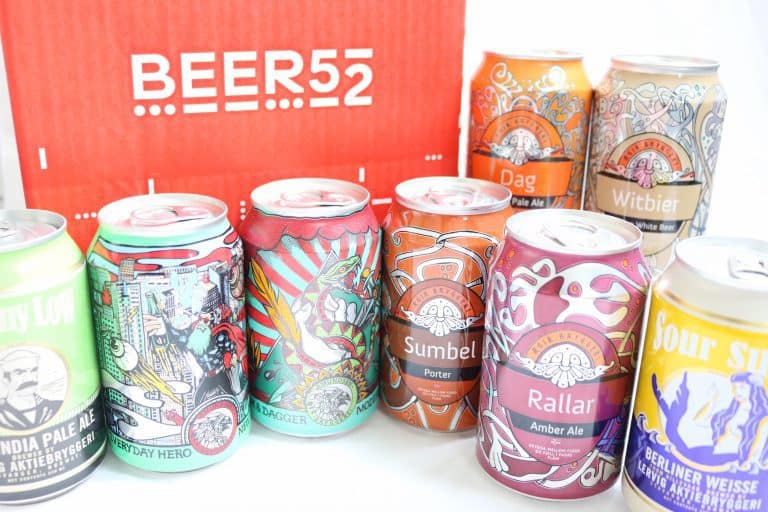 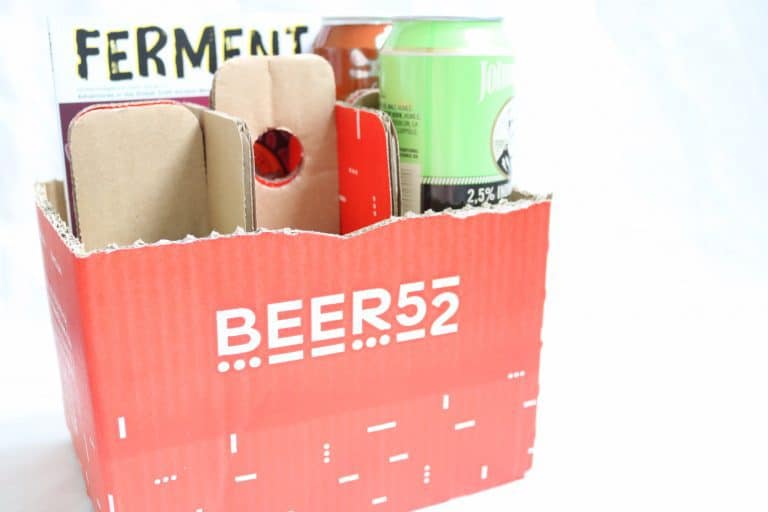 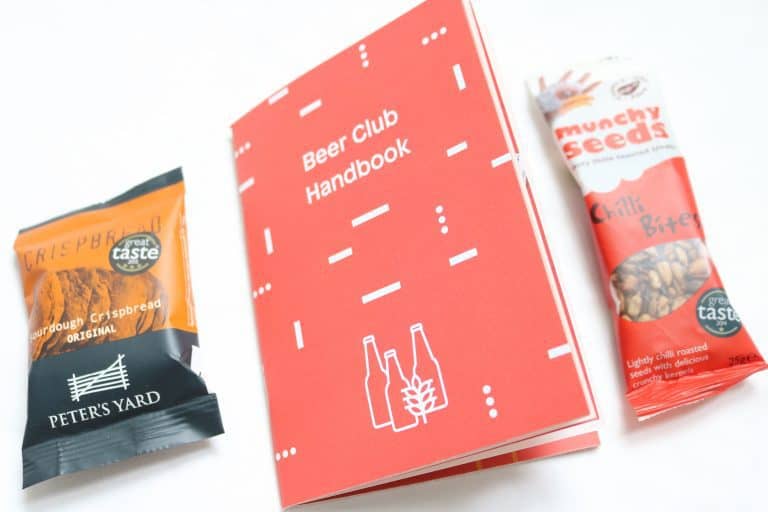 April’s Beer 52 box was focused around craft beers from Norway, and included some tasty treats in the form of Sourdough Crispbread (yum!) and chilli bites – both of which paired perfectly with this month’s selection of beers.

I was surprised to see that the box had slightly different packaging this month – instead of opening like a normal cardboard box, you opened the box in half to reveal a little carry case type design – handy if you need to transport the beers to a party, if you ask me! Although, it could have done with slight reinforcement to ensure it didn’t wobble around too much. 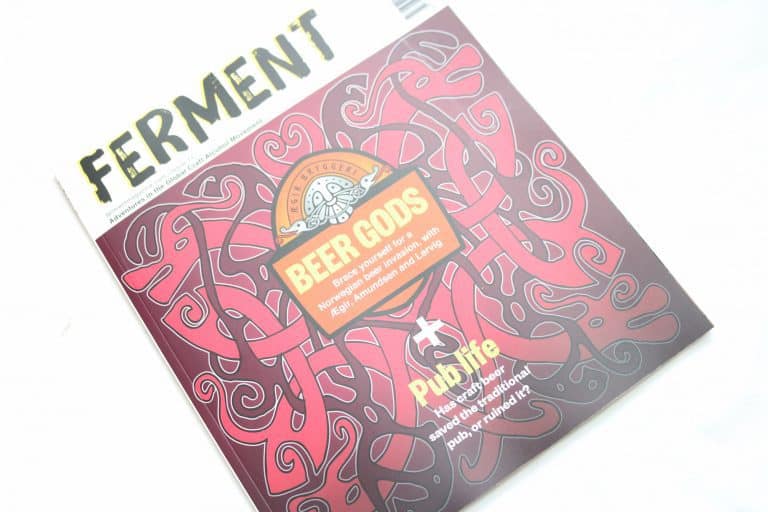 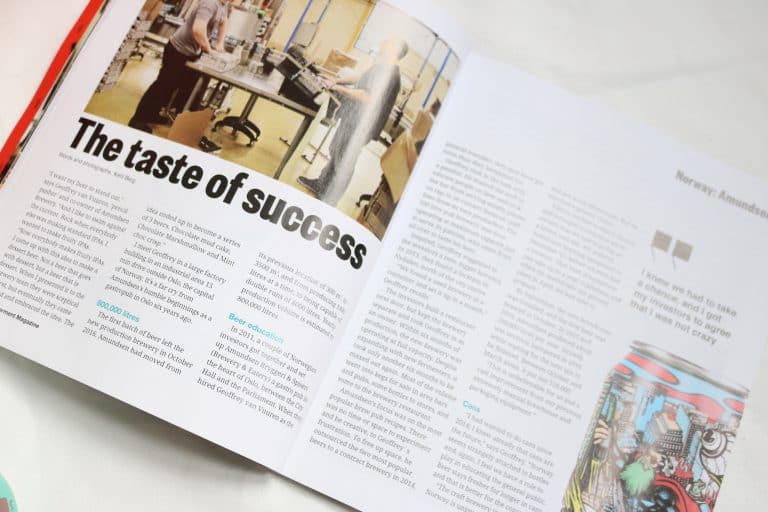 As usual, this month’s Beer 52 box came with a copy of Ferment magazine. These magazines really are excellent for any beer lovers – the articles are so interesting and make brilliant pub discussion topics. Plus, the magazine always has the coolest covers – this month’s in particular would look so pretty on your coffee table.

Anyway…lets get on to the stars of the show – the beers! 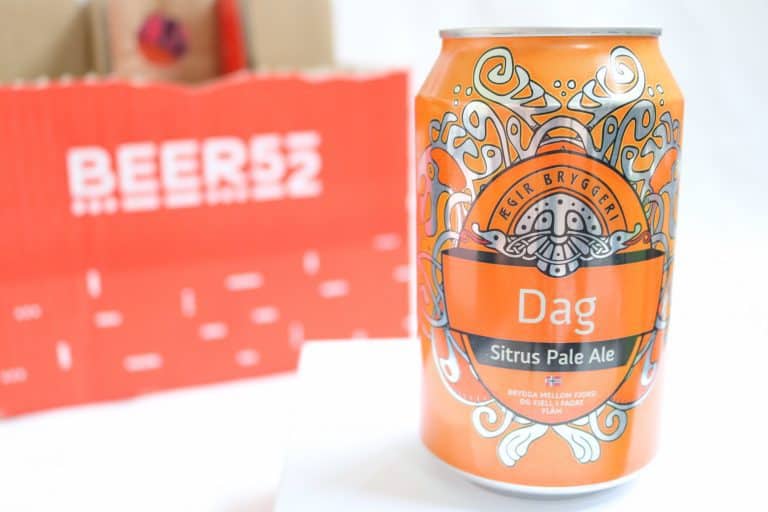 The Dag sitrus pale ale was a nice, light beer – with just the right amount of citrus flavour! The design on the can is ratger awesome – the vibrant orange would really stand out on a shelf and the ‘squiggle’ design behind is so artsy and eye catching. 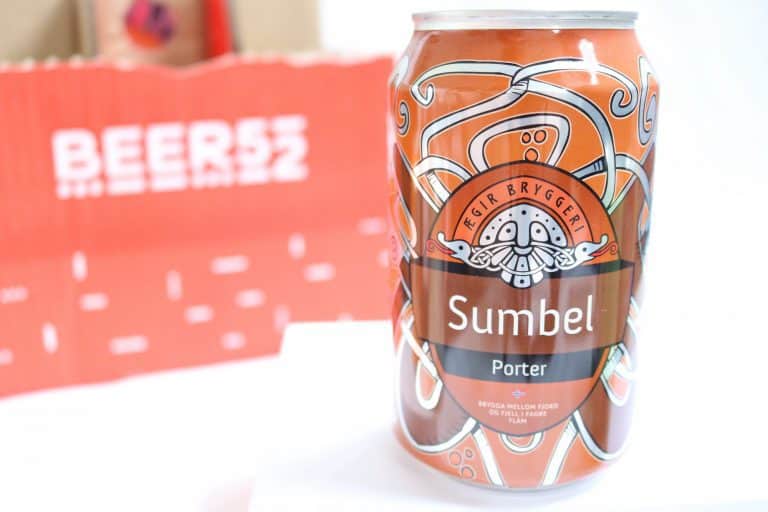 The Sumbel Porter had a similar design, yet the darker can acted as almost a hint to the beer itself, as it was a very dark beer. Unfortunately it was rather flat, which meant that this beer wasn’t his favourite. 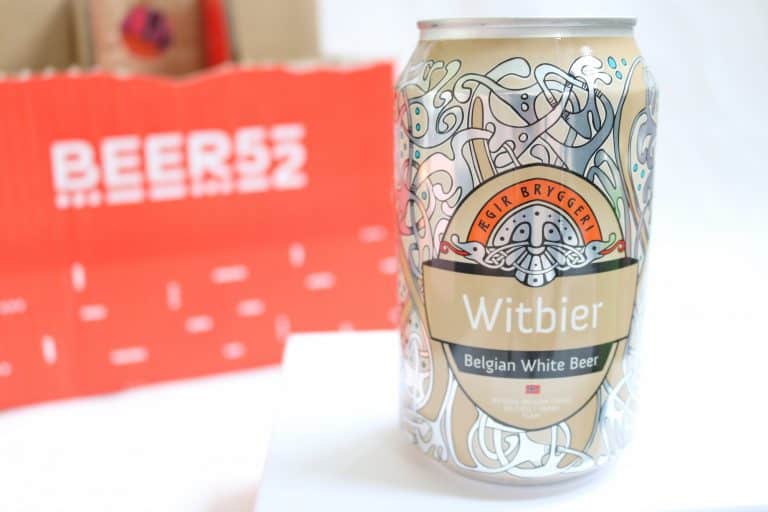 The Witbier Belgian White Beer was one of the more enjoyable cans of this month’s box – it was very fruity and thus extremely tasty. It went down both easily and quickly! 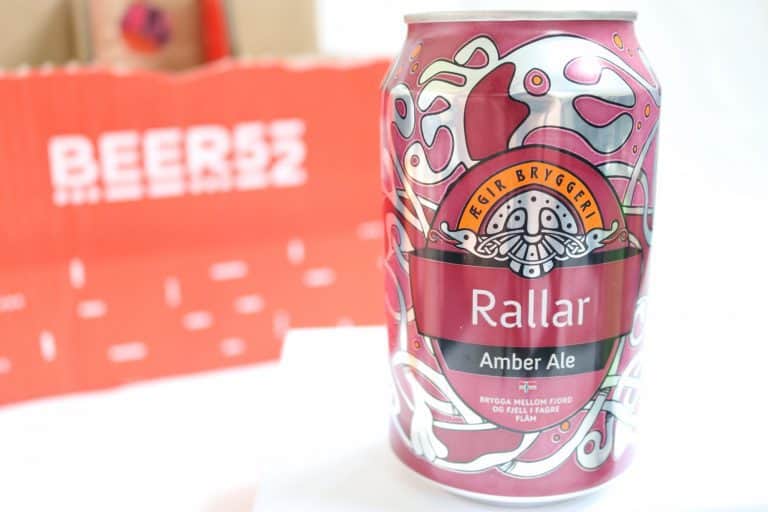 The Raller Amber Ale again had very distinctive, playful packaging – I’m just loving how all of these beers have slightly different designs yet also are obvious that they are the same brand. Unfortunately, expectations weren’t lived up to on this beer – my boyfriend wasn’t 100% on this one, but he did note that he wish he had served it in an ice glass as it needed to be colder. Maybe if served cold he would have enjoyed this more! 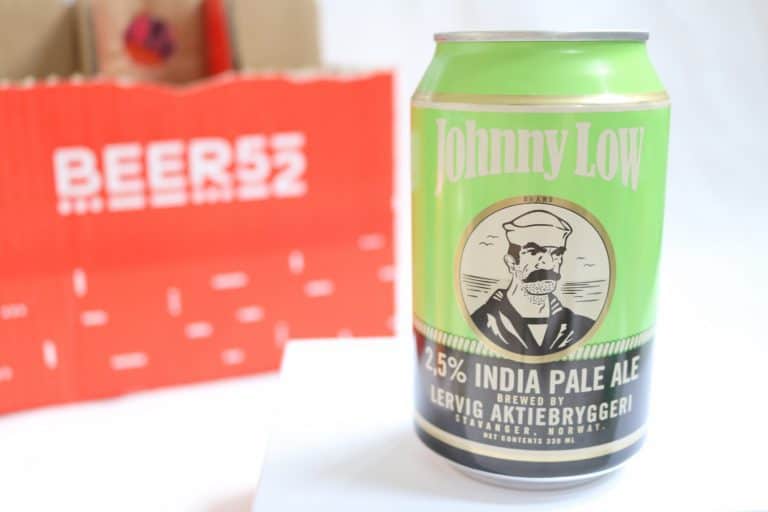 Next up was the Johnny Low IPA. Unfortunately it didn’t have a very distinctive flavour – it tasted just like all IPAs, however was one of the more enjoyable beers of the bunch – it was very tasty! It wasn’t too heavy, which was definitely a plus in Taylor’s books! 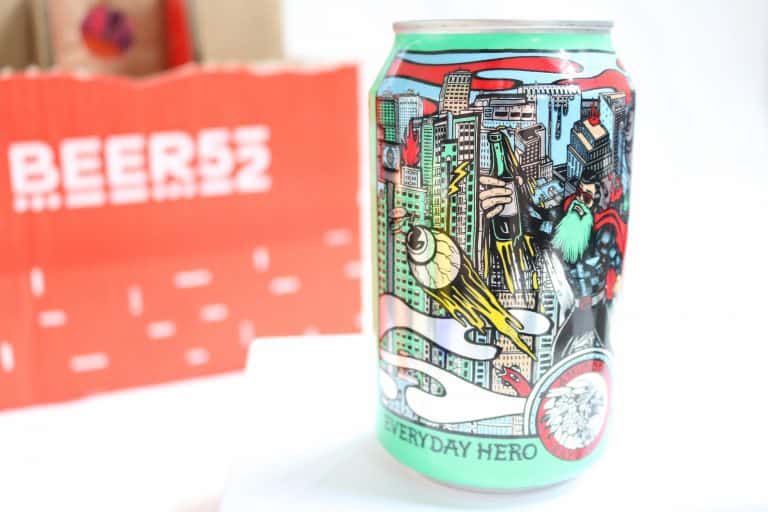 Sticking to the theme of awesome can designs, the Everyday Hero new world IPA definitely didn’t disappoint – it was probably the coolest can design we’ve seen yet! It had so much detail – I’m so surprised it is a design on a can, as opposed to a work of art! The beer itself was very enjoyable, with a light, floral taste. 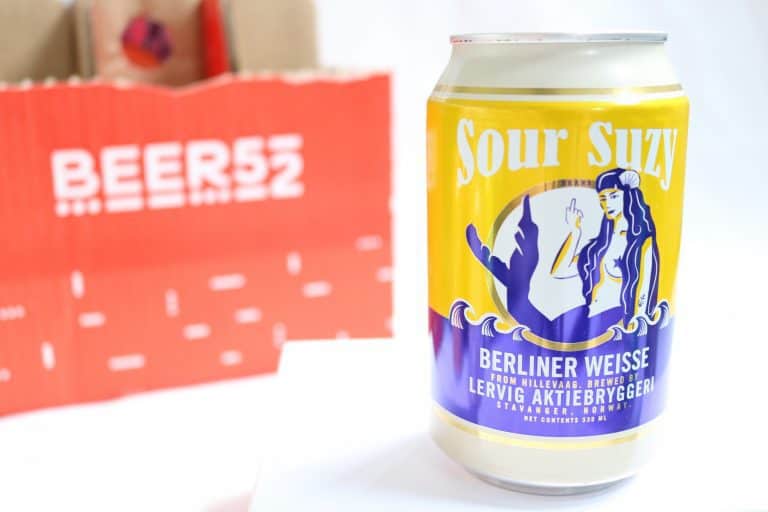 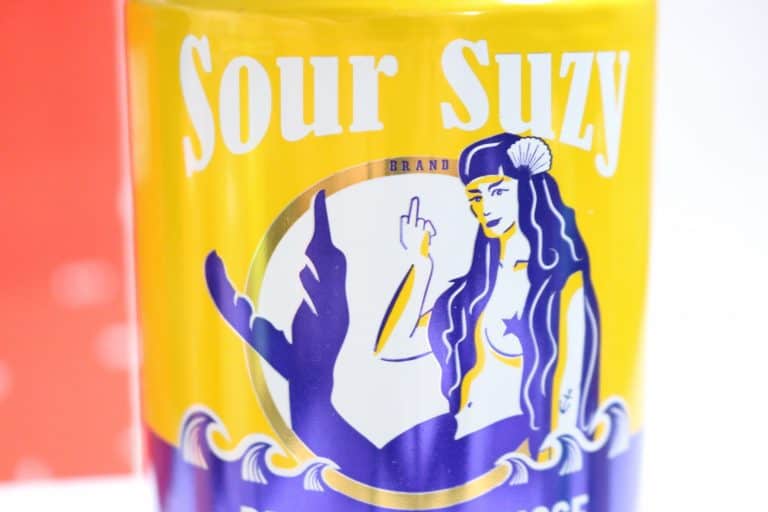 Yet another award for a truly unique and entertaining can design has to go to the Sour Suzy Berliner Weisse – a mermaid sticking up her finger?! Brilliant! The beer itself was not very fizzy, and Taylor found it very fruity on both aroma and flavour. As the name would suggest, there was a slightly unusual sour/sharpness taste – Taylor compared it to wine!! 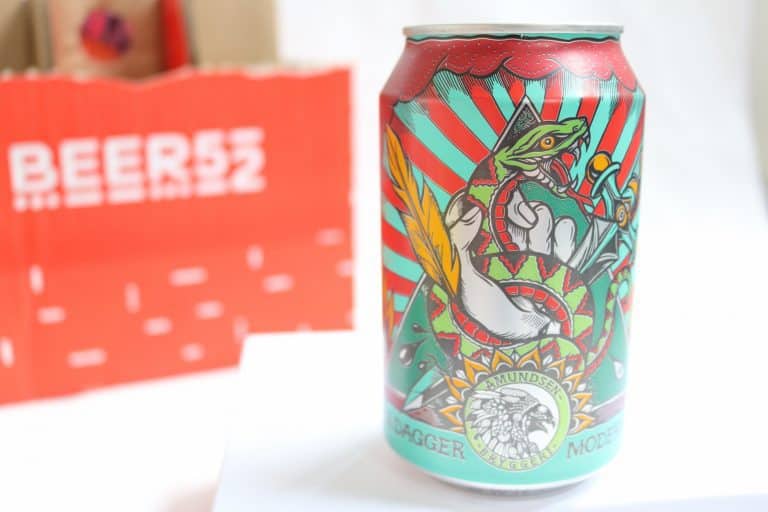 Last but definitely not least, we have the Ink & Dagger modern day IPA. Whilst it was a generally nice beer, it was let down by the fact that it was rather cloudy and had bits floating around in it.

A general comment that Taylor made about this month’s cans – whilst they looked pretty, they weren’t overly functional – the actual ring pull itself took quite a lot of effort to pull and thus often ended up spilling and making a mess!