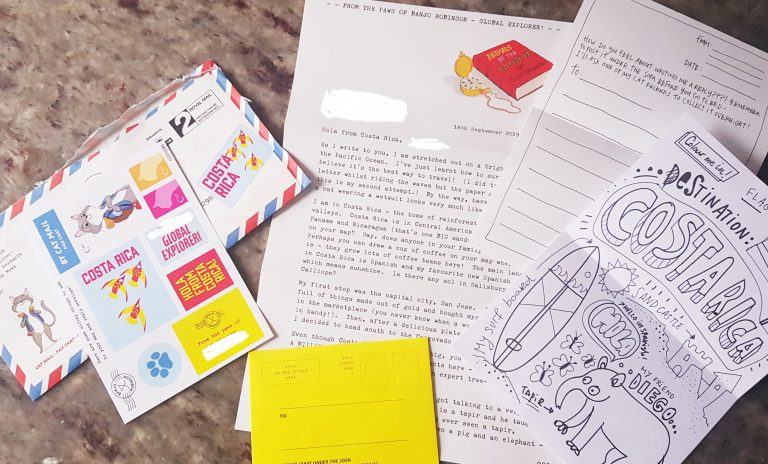 Receiving a real letter is such a treat, especially for children. Banjo Robinson the traveling cat sends children letters from his travels around the world! 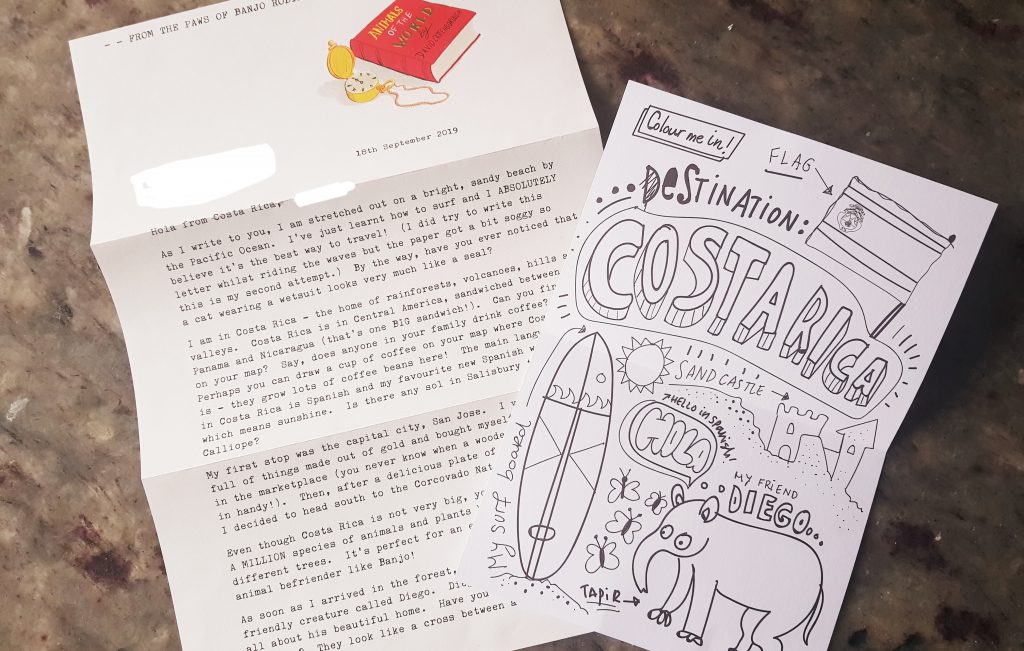 His current location is Costa Rica. The letter is chatty and fun, and includes facts and information about the country among his tales of adventure.

The letter is personally addressed to the child, printed to look like it has been typed, and the little illustration on the paper adds a cute touch. There is also a colouring sheet, with various pictures that relate to things mentioned in the letter. 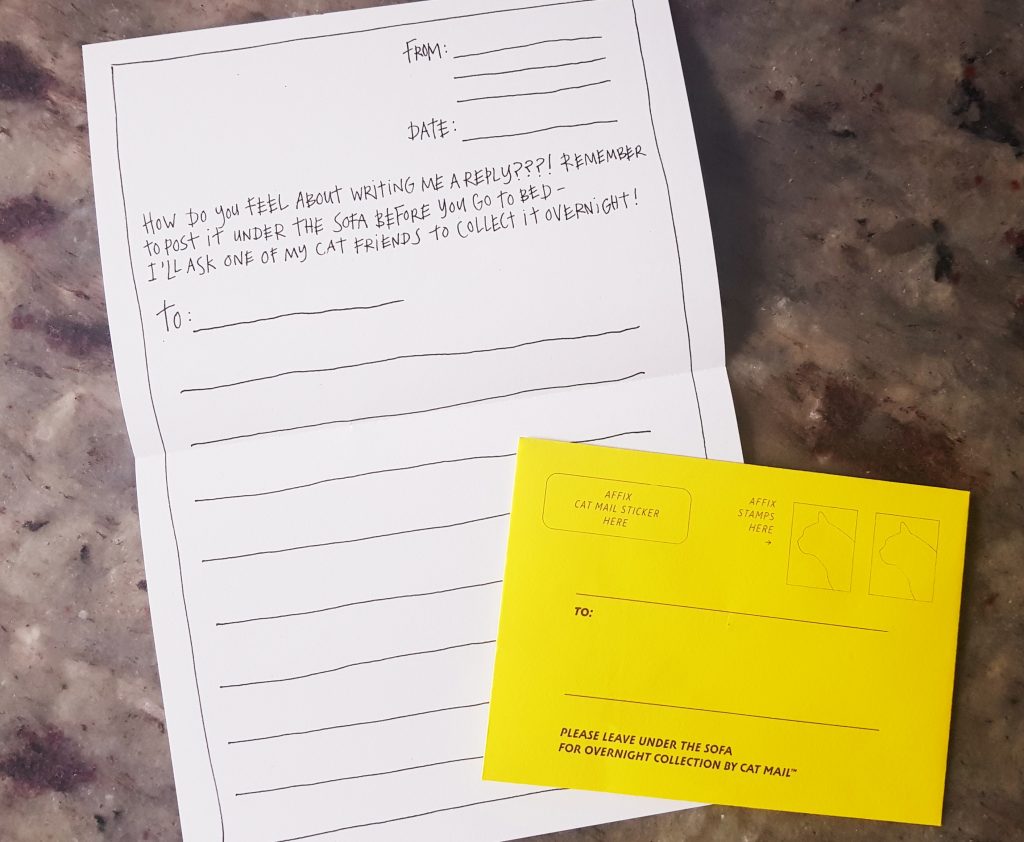 As well as receiving their letter, children are encouraged to write back to Banjo! Sending the letter is cleverly taken care of by it being ‘posted’ under the sofa to be collected by either Banjo’s friend, or in the case of families with a pet, their own cat or dog. Banjo’s letter includes prompts and suggestions for children to add to their reply. 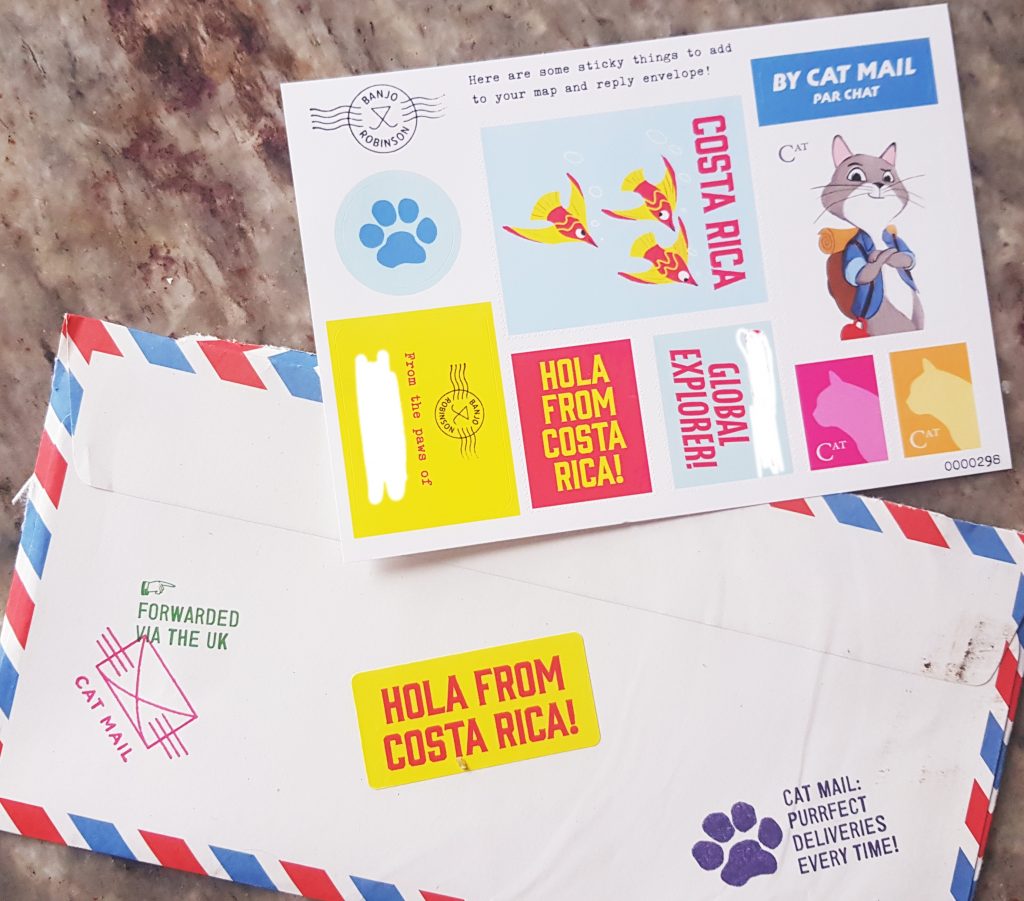 There are even a sheet of personalised stickers, which include ‘stamps’ for the reply letter, as well as stickers for the wall chart included with the first letter, and other stickers that can be used as the child wishes.

An excellent extra detail is that parents can include their own ‘PS’ to the letter through the Banjo Robinson website. An email prompt is sent out before each letter is mailed, which gives the letters an extra personal dimension, as well as being a nice way to offer congratulations for personal achievements, or possibly subtle encouragements such as behavior or  room-tidying!

Receiving post is so exciting, and children love both animals and friends, so having an animal friend who writes to them fro all over the world is bound to capture their imagination! As well as the fun aspect, it encourages both reading and writing, so is also a terrific educational tool. It's also extremely good value at less than £6 a month for a fortnightly letter.

How would you rate Banjo Robinson ?