Gambettes Box has been designing and delivering tights to over 80,000 French women for the past 5 years. The great news is they’re opening up delivery in the UK and in Ireland. 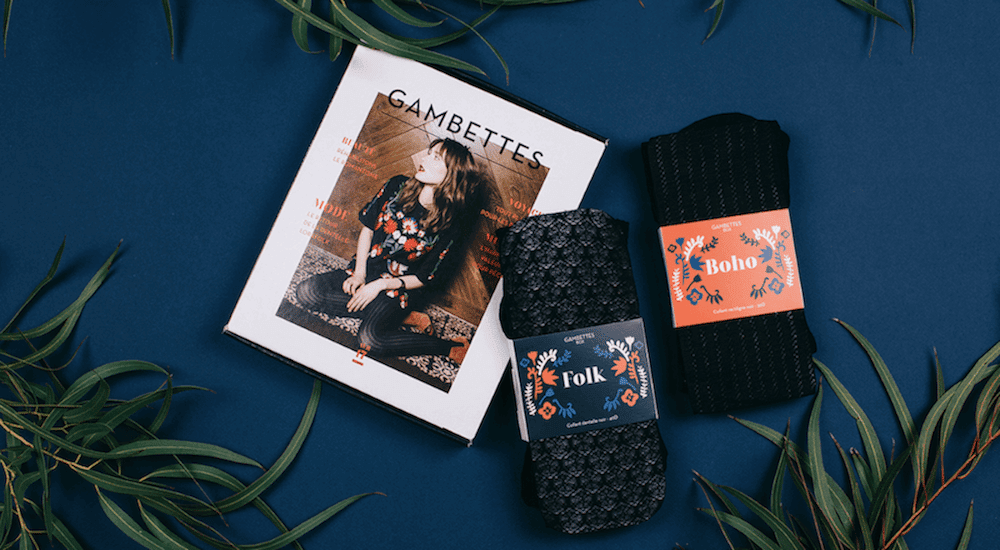 Gambettes Box is the first subscription box of its kind. Each month, they curate and deliver two pairs of sassy and trendy tights inspired by the streets of Paris for just £13,90 – international shipping included (or €15.90 in Ireland) right to your doorstep.

Now you can add a little Parisian touch to your wardrobe and receive tights every month that don’t look like you bought them from a supermarket. 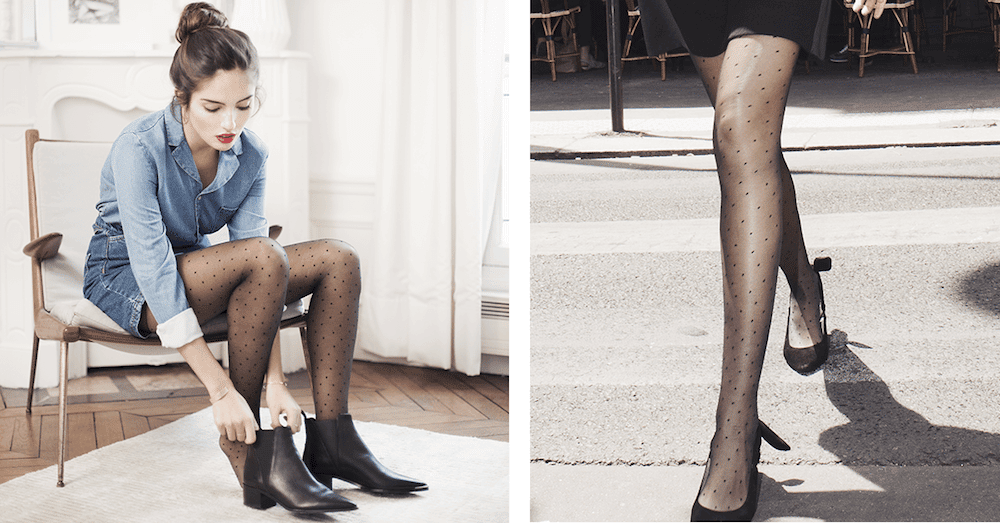 The deal : two to three times a year, we’ll send you a super high-quality, super-opaque pair of tights in classic black (so you can go ahead and throw out all those holey pairs you’ve got into the back of your drawer now.) The rest of the time, we’ll send you something a tad more original. Think chic, subtle patterns in a variety of deniers, with the occasional colored pair. For us that means shades like navy, mauve, and bordeaux (never red, green, orange, yellow, blue.) Rainbow tights are not our thing. 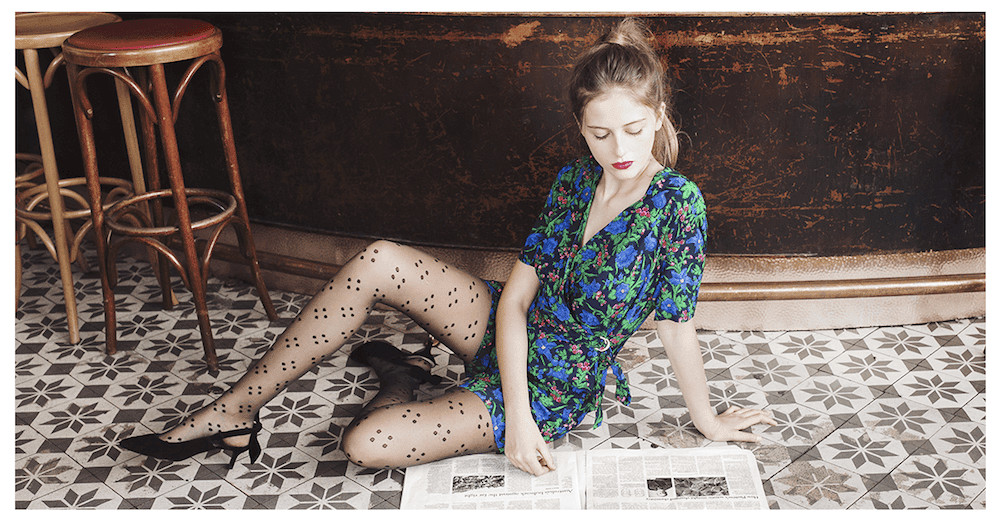 Honestly, most of the pairs you’ll get will come in black. It’s timeless, essential, and easy to wear. Boring? Never. Because we work with talented designers to create gorgeous patterns that flatter every kind of leg, no matter the shape or size. Occasionally, we collaborate with big name designers like Diane Von Furstenberg, Inès de la Fressange, and Courrèges. Chic, we know. 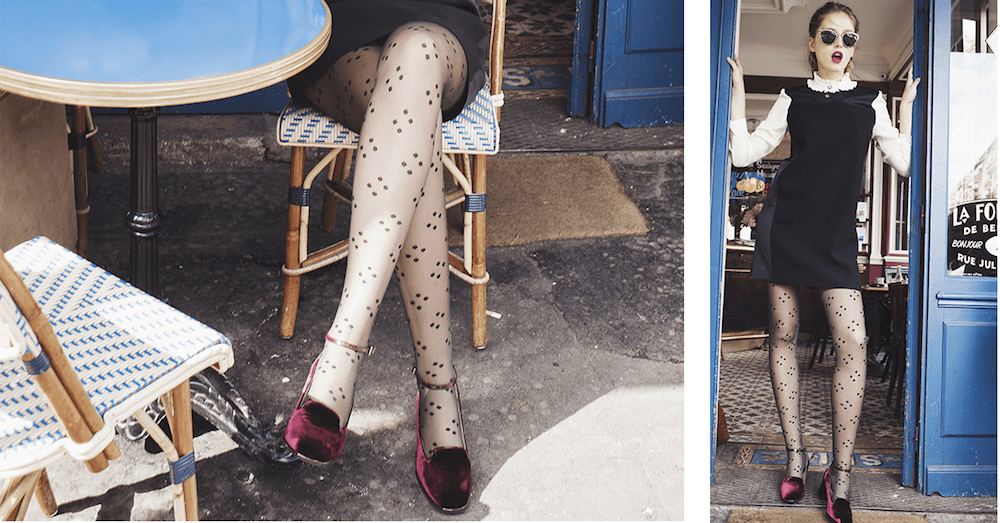 Come rosé season (ie. June through August) when it’s too hot for tights, we hit ‘pause’ on your subscription and stop taking out payments until September. In any case, you’re free pause/cancel your subscription at any moment. Though we’re pretty sure you’ll want to stick around.

How would you rate Gambettes Box ?