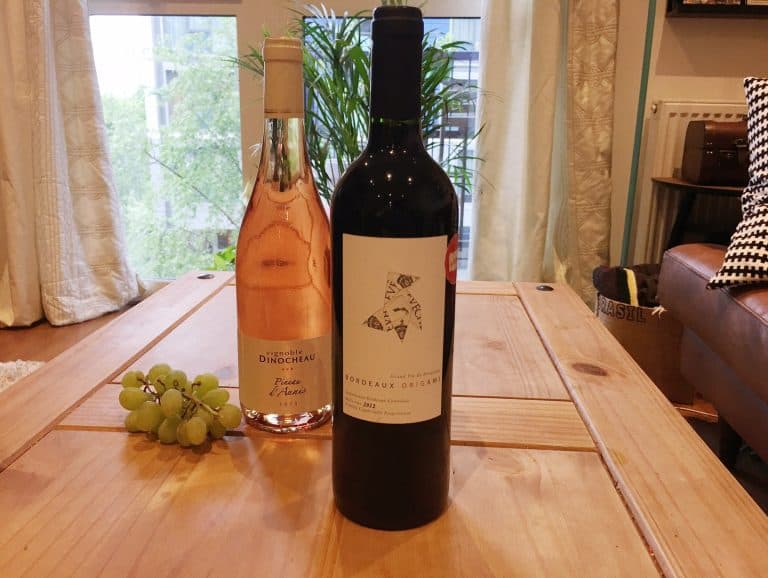 Just how long does it take to become a bone fide connoisseur? It might require commitment and graft, but passion is also vital for success. So many of us are self-proclaimed foodies, reading up on trends in gastronomy because eating is something that unifies us- we’re all enthusiastic about it. But can the same be said of wine, something that most of us drink and is intrinsically associated with a formal restaurant meal? Many of us drink it, some of us have a basic knowledge of styles, but can someone be transformed into a wine expert in 12 mere months?

My Vitibox believes so. Their mantra is that after one year, subscribers to their monthly wine box will be elevated to the ranks of enlightened drinker; this is achieved with delivery of two meticulously selected bottles of wine curated around a theme and paired with an educational booklet and detailed tasting notes. The minds behind Vitibox are a passionate squad who each have impressive credentials, especially their wine authority: sommelier Alain Gousse.

May 2016’s My Vitibox is themed ‘I see la Vie en Rosé’. This is apt for the summer months, when our palates are more tuned to lighter, crisper styles of wine. Consumption of rosé wine has increased in the United Kingdom by 100% over the past ten years; this demonstrates demand for a style that is often misunderstood or dismissed entirely as frivolous or unexciting. Like most wine boxes that originated on the continent, Vitibox greatly favours French regions- however, it’s excused given this month’s theme: France is the largest producer, consumer, exporter and importer of rosé wines in the world. I was curious to discover the motive for this appetite for myself.

Packaging is designed to be shockproof and shatterproof, so both bottles of wine arrive in a robust cardboard carrying case, snugly placed in a bed of straw inside. The hazy pink tones of the first selection immediately caught my attention, as I am extremely partial to a glass of rosé in the summer. 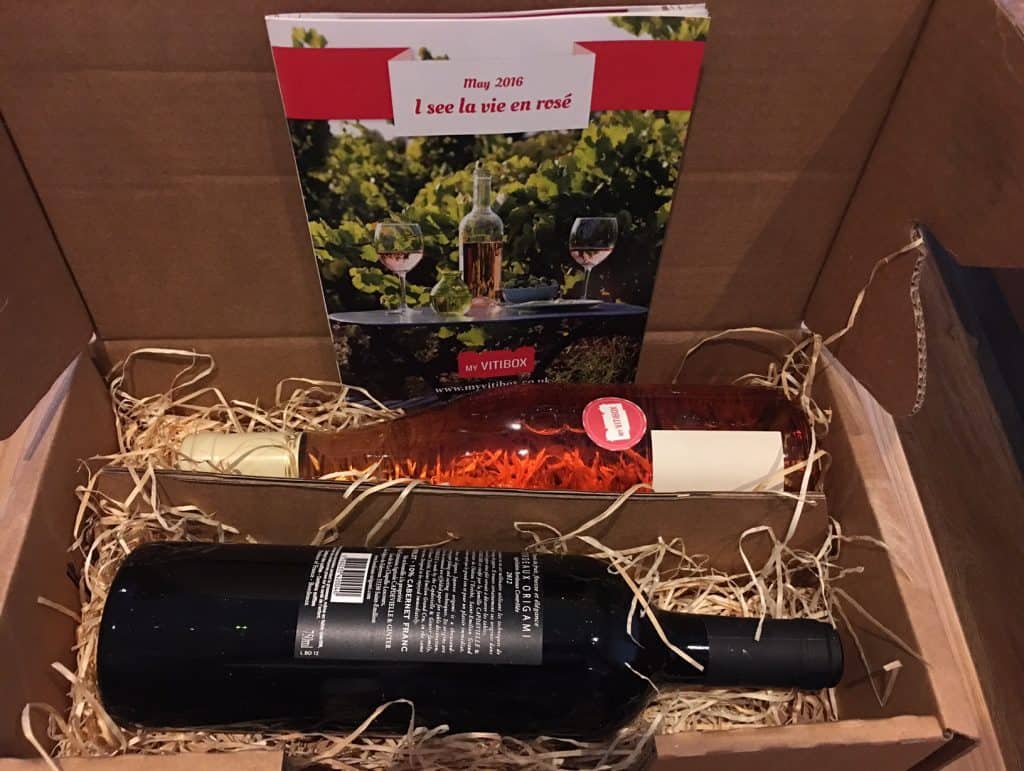 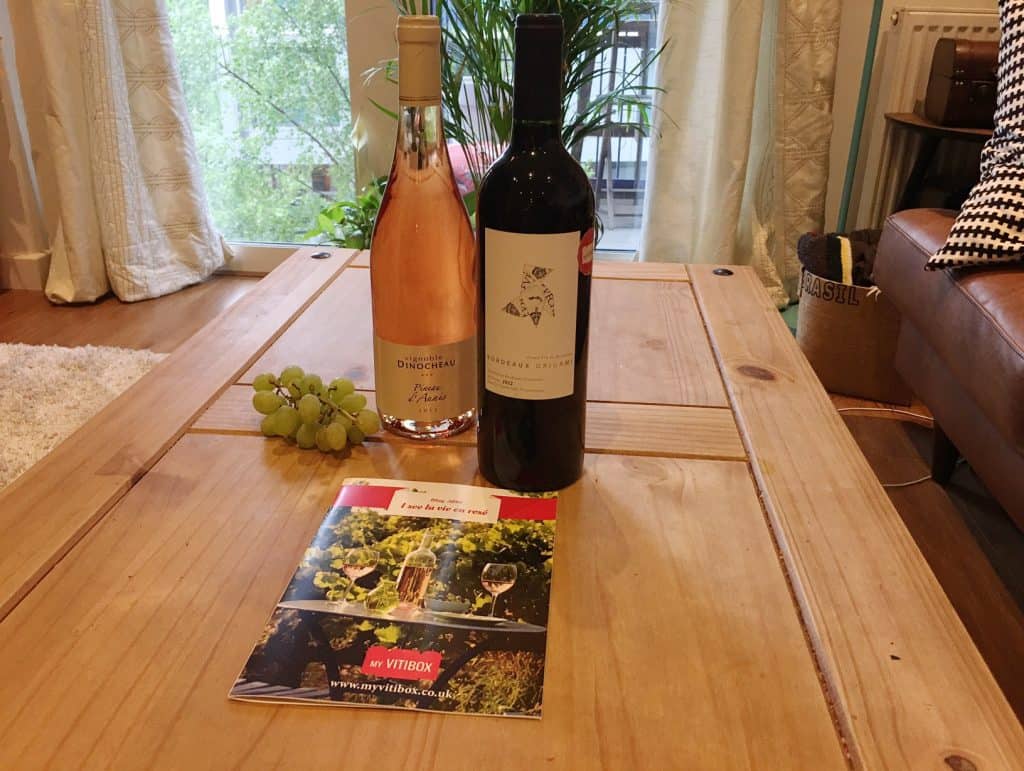 My favourite quality of rosé is undoubtedly the glorious spectrum of hues- the first bottle was a pronounced salmon pink. Hailing from the Loire Valley, the Pineau d’Aunis is a single variety wine comprising 100% pineau d’Aunis grapes. The tasting notes explain that this is a rare feat and these are the most ancient variety of grapes in the region. The wine is remarkably clear and brilliant when poured, exhibiting lightness in the body and effortless slickness in the glass. The aroma doesn’t disappoint, giving off sweet and floral notes. 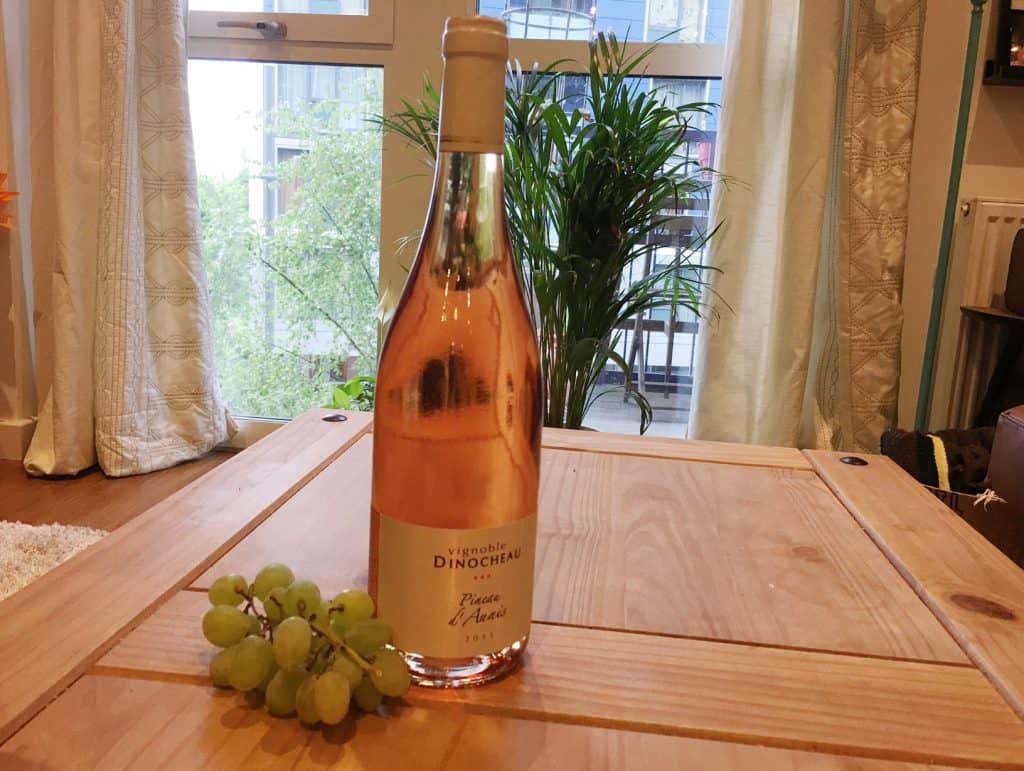 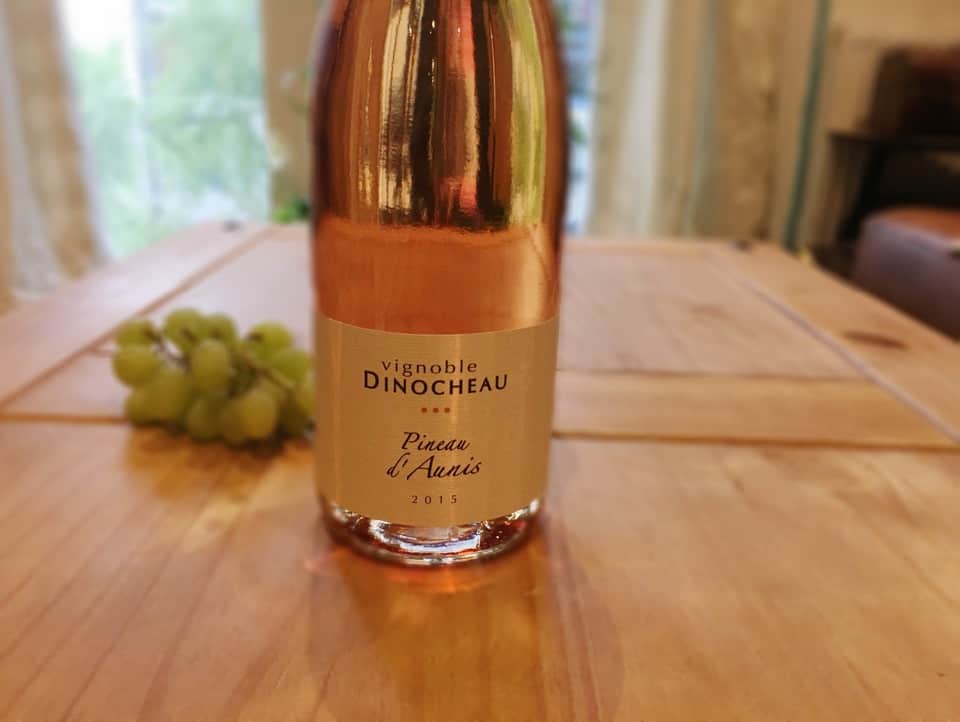 On the palate, this rosé really shines- it’s a crisp, clean and refreshing drink. It dazzles with a mild sweetness, but it doesn’t cloy or linger. This would be a grand pairing with a light dish, such as white fish. Alain recommends fresh red fruits as another option- and he’s right on the nose because the freshness of the wine would be perfectly balanced with sweet strawberries and tart raspberries. 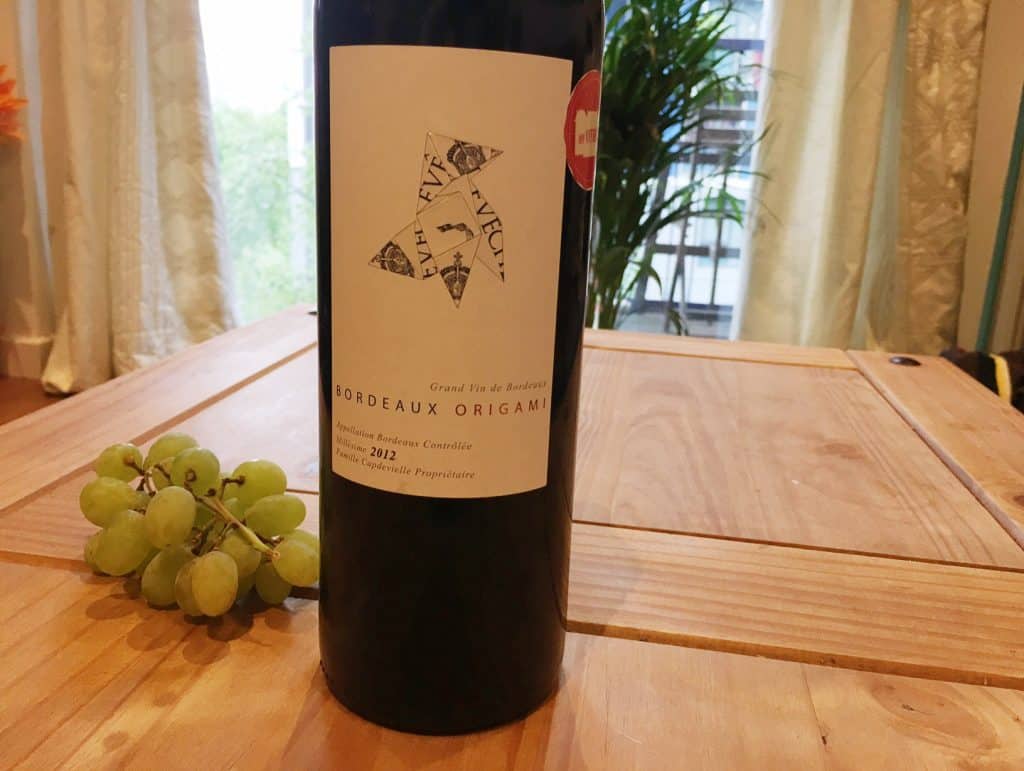 The bottle of Origami offers an interesting juxtaposition to the Pineau d’Aunis, boasting a gutsy maroon colour from the cabernet franc and merlot grapes used. Coming out of Bordeaux, this is a more classic choice from Vitibox- I was expecting another variation on a rosé, so the inclusion of this red surprised me- I was uncertain why it was selected for the theme and wondered whether I was mistaken in classifying it as a red wine. The tasting notes didn’t clarify this point, but I gave it a chance nonetheless. Pouring a bright purple and showing some body in the glass, I wasn’t convinced that this was a quaffable afternoon wine for drinking in the sun- it showed some tannic characteristics and gave off bold aromas of smoky leather, spicy cinnamon and a hint of vanilla for balance.

The mouthfeel of the Origami was silky and it gently coated my palate. The flavours were harmonious, not too sweet and not too acidic- there was something delicate about the taste and it wasn’t as explosive or complex as I expected, making it more drinkable on its own. Alain suggests pairing this wine with sausage, barbecued meat and chocolate canelés (which, incidentally, are one of my guilty pleasures). All in all, it was a good iteration of a balanced red.

Despite the confusion on the coherency of the box’s theme, both wines were good contenders for summer drinking. While I’m not convinced that red wine is a natural choice for light sessions- but I generally struggle to savour reds and tend to drink them exclusively as a foil to a meal- The Pineau d’Aunis really appealed to me. I was grateful to discover it in time for bringing to August bank holiday picnics and Sunday barbecues. This journey of discovery emblemises the concept and spirit of Vitibox, though.

My progression towards a connoisseur is still staggered, but my curiosity about styles of wine has certainly developed- knowing just what questions to ask demonstrates a better understanding of blends, techniques and styles, so it appears that I might be well on my way to enlightenment after all!

How would you rate My VitiBox ?