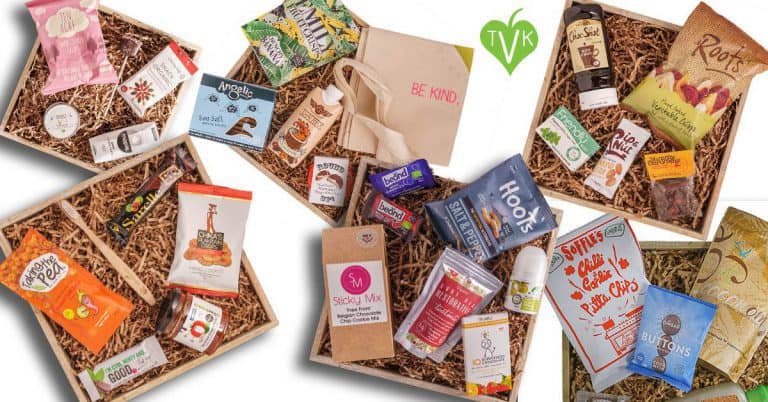 The doorbell rang and on my doorstep sat a crisp white and green box with a loveable TheVeganKind (TVK) logo. I was smiling already. 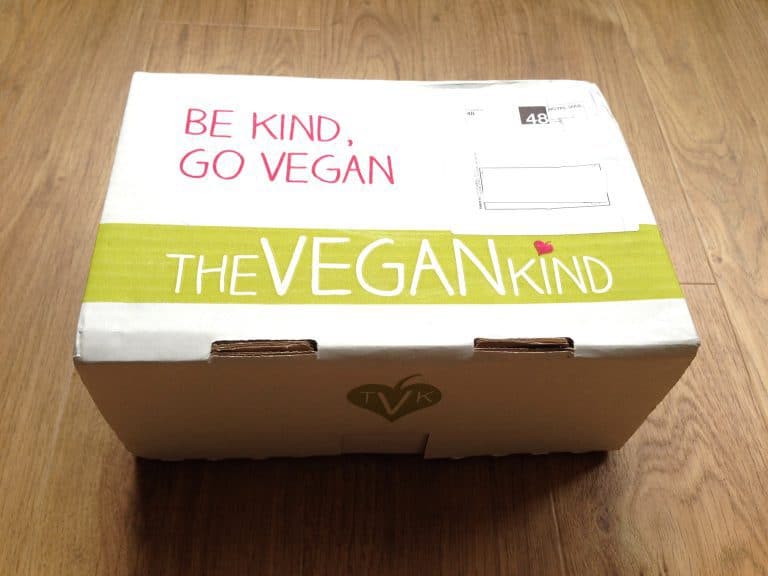 I’m not a vegan or even a vegetarian but I was attracted to this box not only because of the ethical nature of the products but also its promise of variety (it’s a lifestyle box, not just a food box) – and it certainly didn’t disappoint! 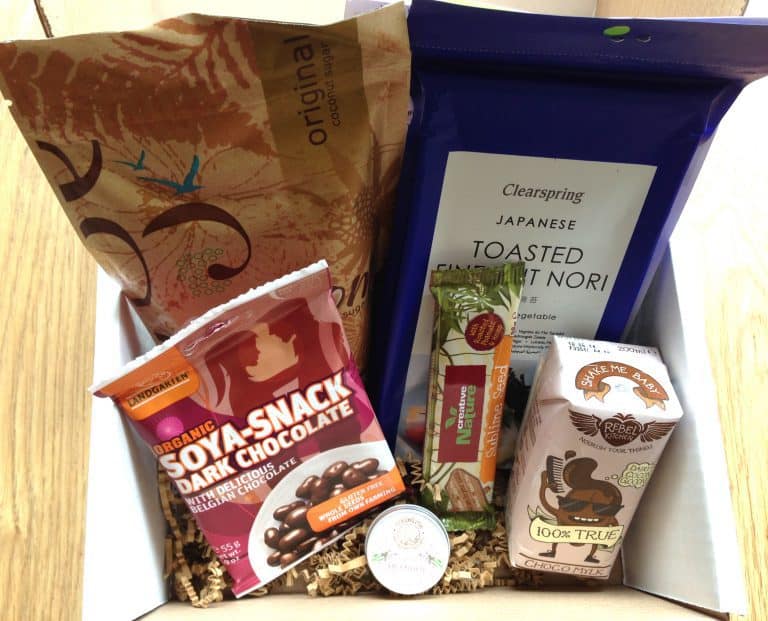 The box was so much fun to unpack and every product felt like an exciting surprise. I discovered brand new products like the non-dairy chocolate flavoured coconut ‘mylk’ and got to try ones I’d been wanting to try but could never find or get round to like the coconut sugar.

This particular box was quite heavily weighted towards the food products, but having subscribed to the VeganKind box for a couple of months now, there’s always at least one interesting non-food product to discover, like the perfectly sized ‘Salt of the Earth’ travel deodorant or Soapnuts to replace laundry detergent. Both of these were items I had never heard of until they appeared in my box!

Although the food products are usually less exciting because they are often things I’ve heard of or seen in shops before, I was really very pleased with the box’s selection.

The Coconom coconut sugar (RRP £3.25 – touted to be much healthier than standard white processed sugar) was a full 250g pack and will be baked into cakes and bars without a doubt. The Clearspring Toasted Fine Cut Nori (RRP £2.49) was of excellent quality and Clearspring products are already a staple in my cupboard.

I was also pleasantly surprised by the Rebel Kitchen Choco coconut mylk (RRP £0.99) as it actually tasted quite pleasant though I didn’t make it past the half-way mark in one sitting as it started to get a little sickly for my taste. I wasn’t a huge fan of the taste of the Creative Nature Sublime Seed bar (RRP £0.99), but the Landgarten dark chocolate covered soya beans (RRP £1.79) disappeared pretty quickly! 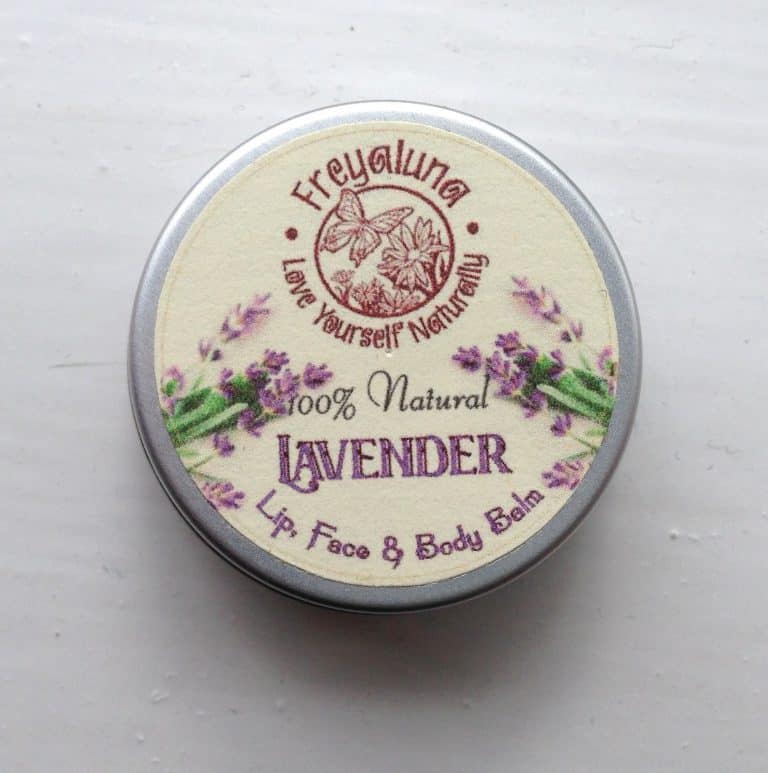 The non-food product this time around was a very pretty little Freyaluna lip, face and body balm (RRP £3.50). The lavender smell was wonderfully relaxing and the balm itself was relatively easily absorbed by the skin. I quite enjoyed it!

All of this was accompanied by a lovely letter introducing the box and noting the charity of the month (to which TVK donates 10p from every box), as well as a beautifully printed leaflet describing every product in the box with its RRP plus discount codes for further purchases of most of the products. This was especially useful because I’d literally never hear of some of them! This box also included an extra little flyer on the Rebel Kitchen brand.

To wrap everything up nicely, there was also a sturdy, laminated recipe card featuring a tasty recipe for lentil and potato soup. The idea here is that there will be recipe cards to collect every month and then a recipe binder will be sent as a bonus with your 3rd box so you can store your collection in something pretty. 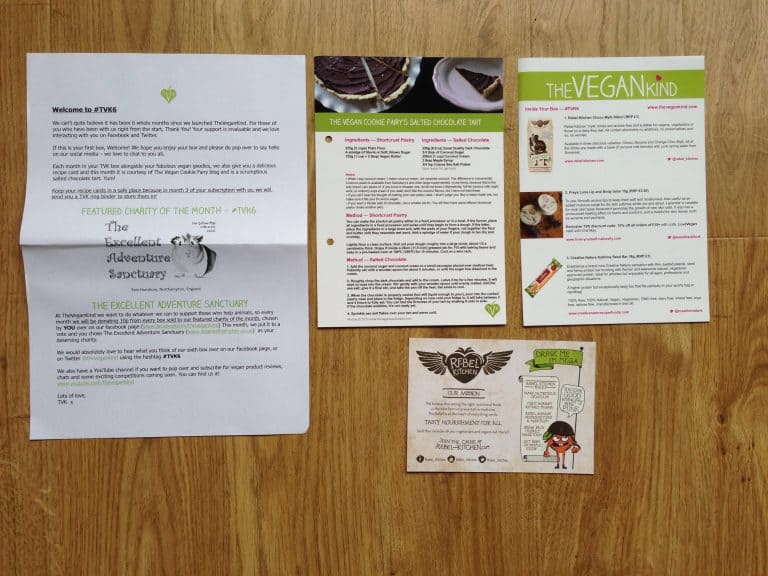 Initially, my biggest concern in subscribing was that the box would be filled with cruelty-free beauty products (of which I would only use a limited amount) as the creator of the box is originally a beauty blogger, but I’m happy to say that the products are always varied and all interesting.

Overall, I really enjoyed this box and I will certainly keep my subscription going for a few more months – mostly for how useful it is in encouraging me to try new products and the child-like delight that opening it seems to induce.

Each month The Vegan Kind sends a box direct to your door, containing 5-8 vegan goodies from the following categories:

They guarantee a retail value of over the price paid of the box.

Number of products in each box: 5-8
Frequency: Monthly

How would you rate The Vegan Kind ?