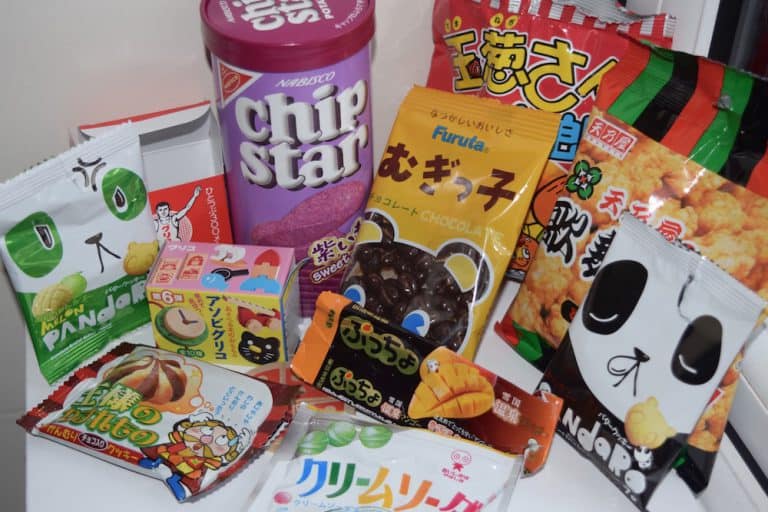 I was really pleased to be able to try out the January 2015 box from Taste of Japan. It took just over a week to arrive. To say it was coming from Japan, I think that was completely reasonable.

There were 10 items that came in the box to try. They were a mixture of sweet and savoury and we were excited to try them out.

This was quite strange. It was a sweet potato flavoured crisp, shaped and in a tube like Pringles. I just couldn’t get over that it was purple. It tasted fine but wasn’t my favourite.

This is a cookie, filled with a chocolate filling. It was a buttery cookie and was very tasty. It was quite small though – over in two bites.

Having been on holiday to Asia before, I know that cream soda is a big taste out there. Luckily I love it and these hard boiled sweets were one of my favourite things in the box. A generous sized bag with plenty in to try.

This has two sections; one has a toy in and one is the treat. The parent in me is pleased with the toy and it was a little wooden puzzle. Much better than plastic that you get from something like a Kinder egg. My kids liked the little heart shaped treats too. They were almost like a toffee but a lot softer so suitable for children.

These are Japanese rice crackers with a soy sauce blend. These didn’t go down very well in our house – we didn’t like them very much. Kind of like very hard popcorn.

These were tasty but quite unusual. They are cereal essentially, but covered in chocolate. The kids really liked these and it was a good sized bag.

These are just like slightly flavoured onion rings, but not in ring shape obviously! They tasted good and were in a good sized bag. They would work well to throw in a lunch box.

There were two Pandaro cookies in the box. One was melon flavoured and one was original. It was quite an unusual taste but I actually preferred the melon flavour cookie. You just don’t expect something with the texture of a cookie to taste like fruit. They were quite small but cute as they are shaped like a panda’s head.

Overall I was pleased with the contents box. It was quite small and I think for the price, I would expect a little bit more. It was fun for the family to try out a few new things, though. I think it would make a great gift idea as it is just a novelty really. I think for £15 it isn’t completely worth it and I’m not sure if I would order again.

I was pleased with the selection of products but just not convinced it is value for money.

How would you rate Taste Japan ? 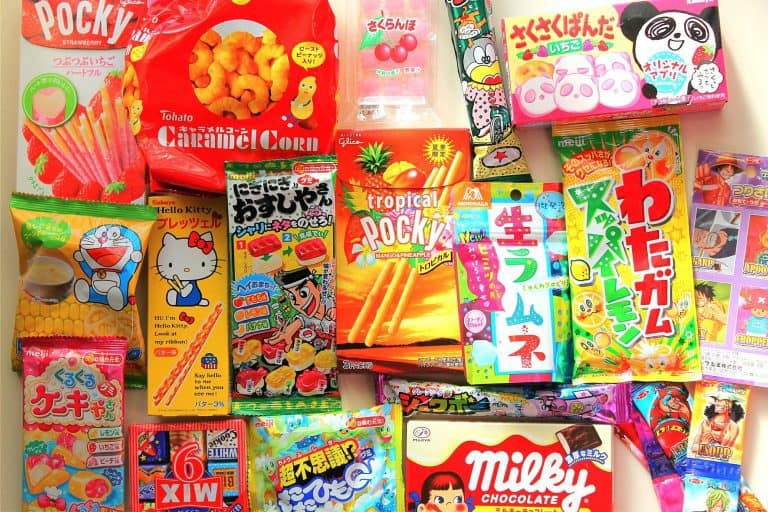 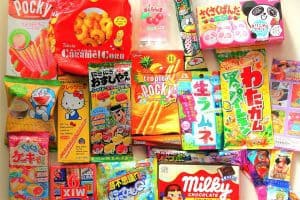