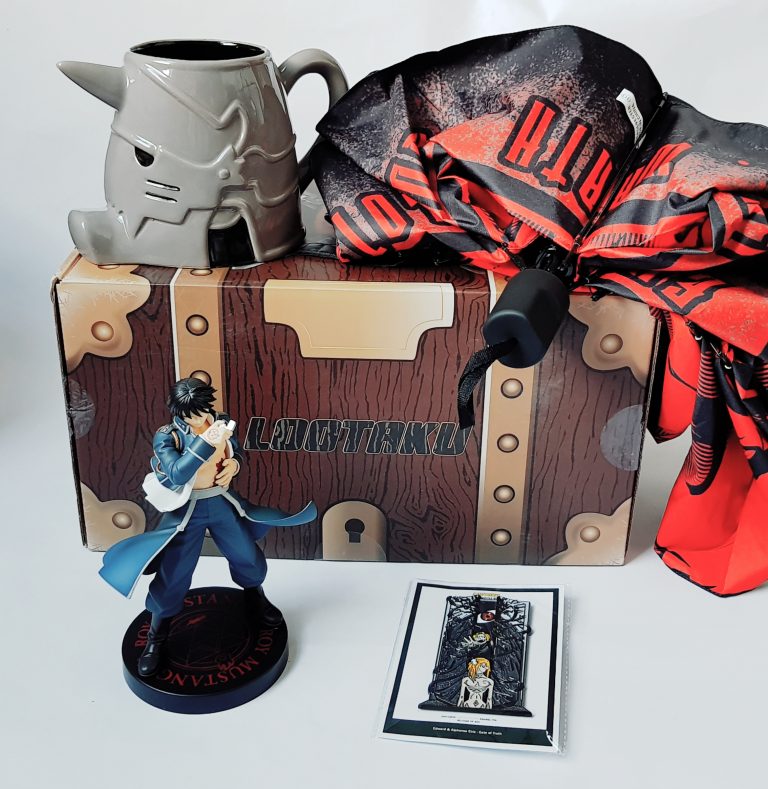 Prices and values on the Lootaku website are given US dollars. A one month subscription is $44.99 (three and six month subscriptions are cheaper). According to my currency converter today this is £35.34 UK Shipping is $17.66 (£13.87). Slightly pricey, but this is a premium box. Also it’s coming a long way and it’s a big box!

So a 1 month subscription is going to cost you around £48.

]This month’s box has another single-franchise theme, Fullmetal Alchemist! 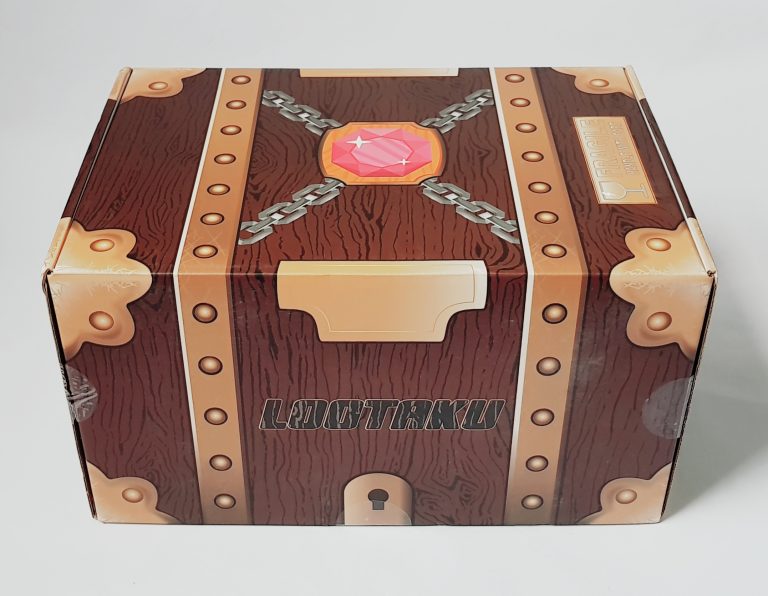 The box is pretty big, and it looks really fun. 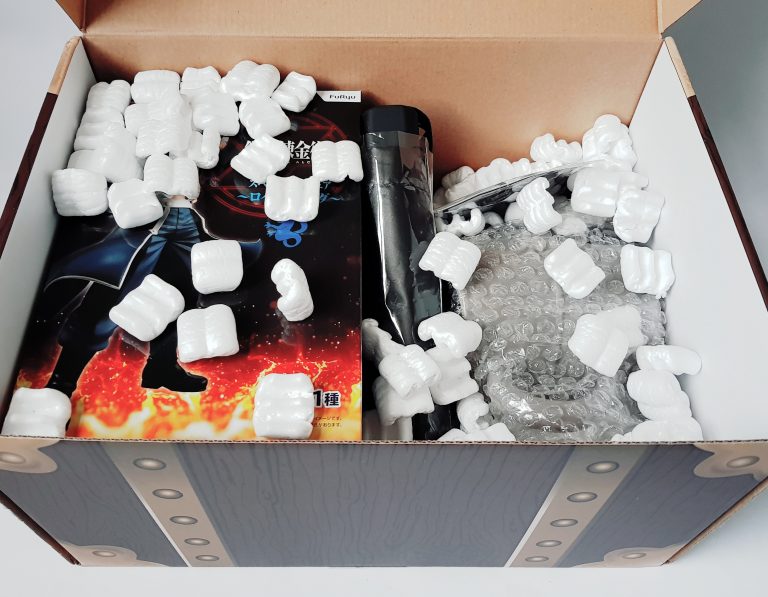 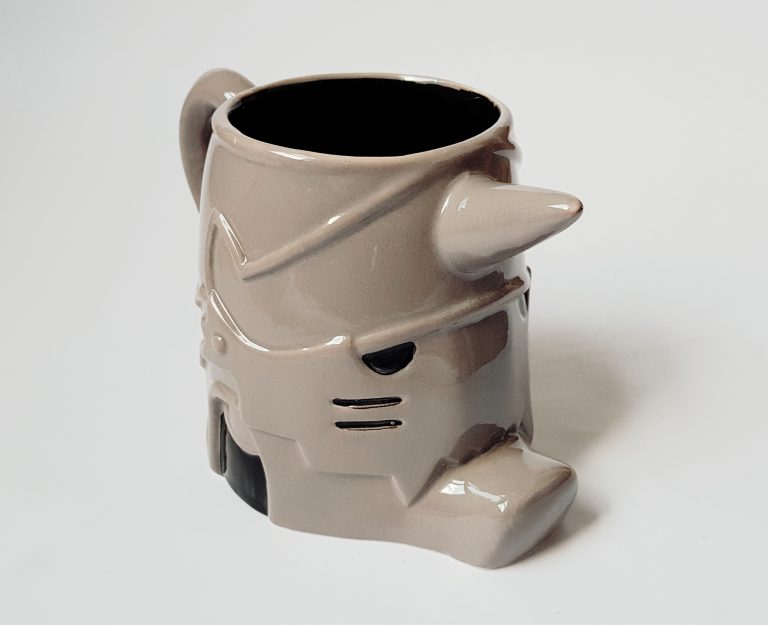 This is what those packing peanuts were for: a Fullmetal Alchemist Custom Molded Alphonse Elric Mug. 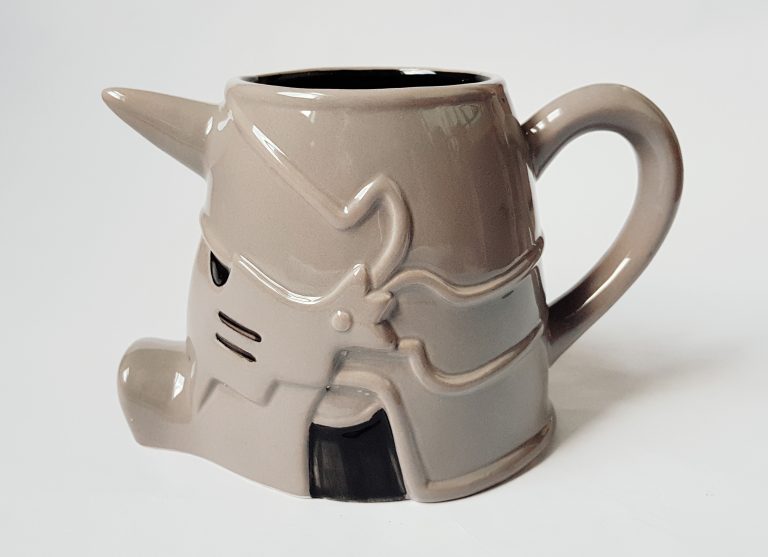 This is a pretty sizeable mug, and there’s even a little Transmutation Circle on the inside (though it’s a bit dark to photograph!). It’s been made exclusively for Lootaku. 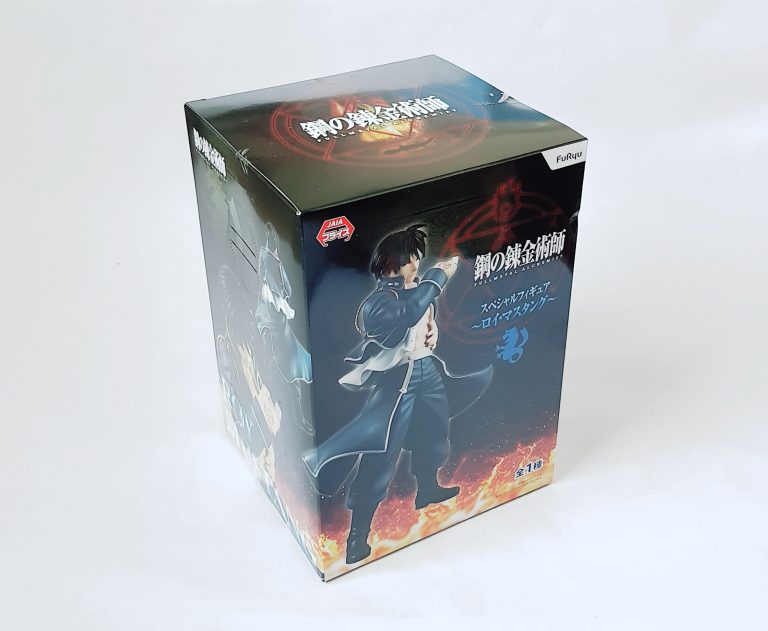 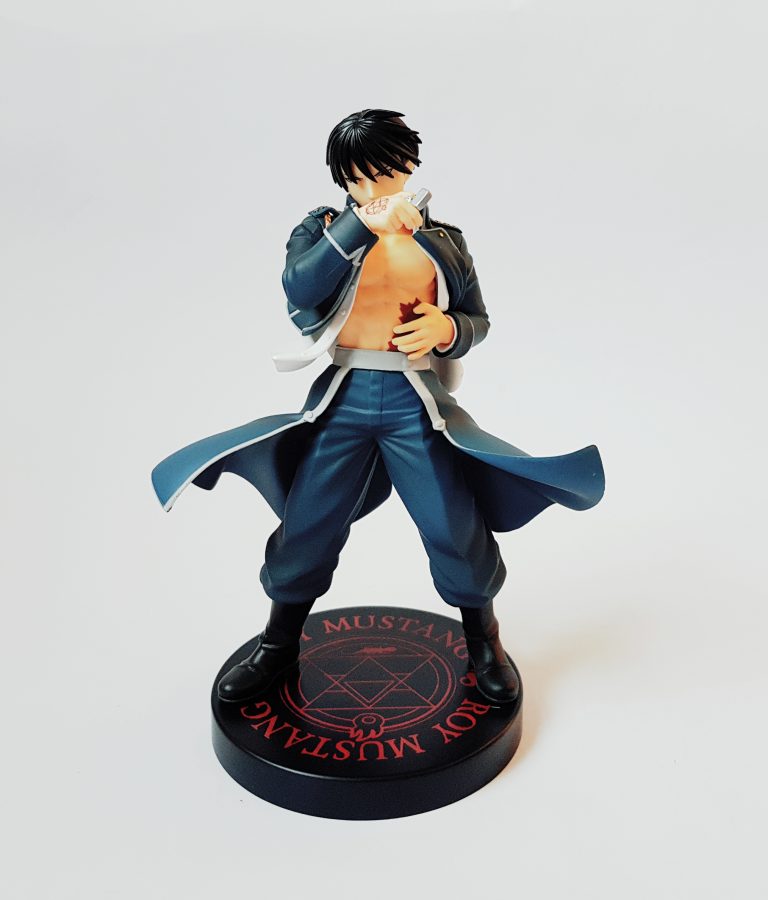 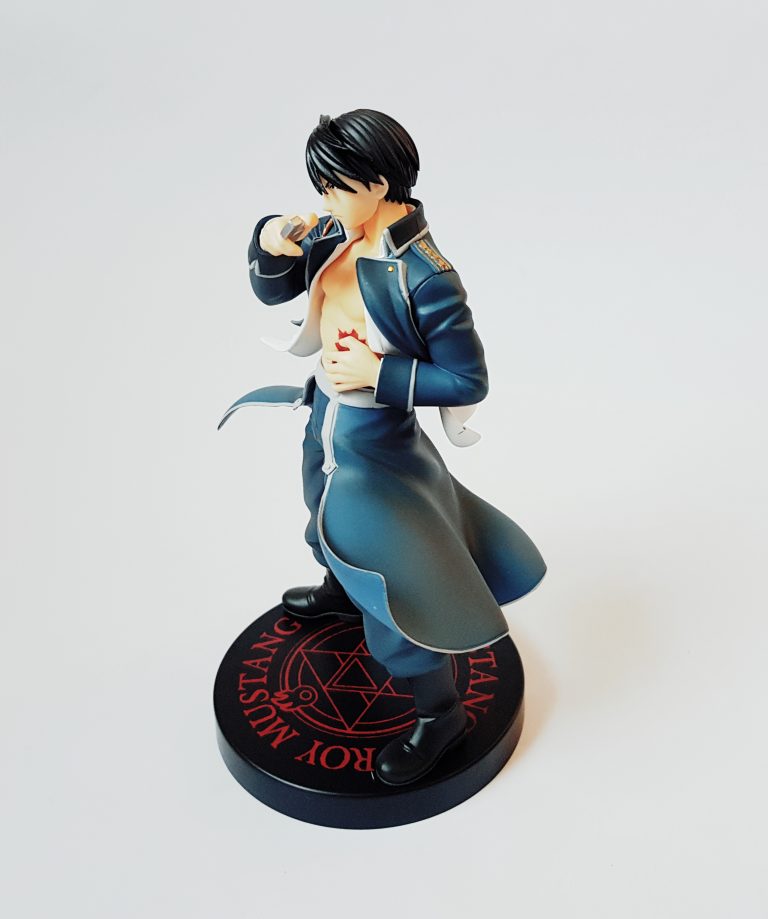 It’s a pretty nice figure with good detailing, and it shows the moment he defeats the Homunculus ‘Lust’.

This is a very original item! 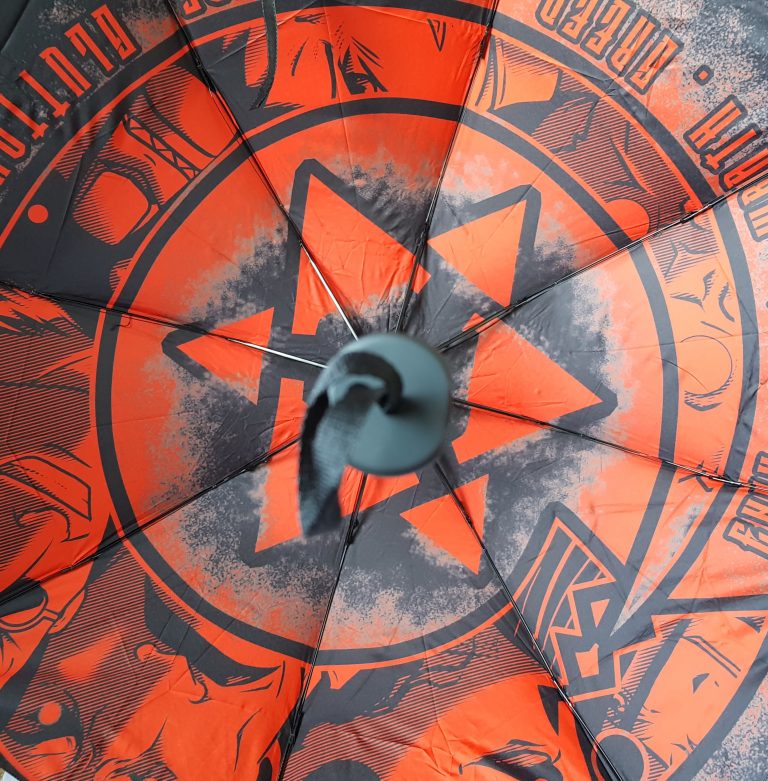 Yes, it’s an umbrella, and it’s another Lootaku Exclusive. Outside it’s plain black, but inside the Seven Deadly Sins pattern features the seven Homumculus created by Father in the Fullmetal Alchemist series. It’s a great fan item being both geeky and discreet! 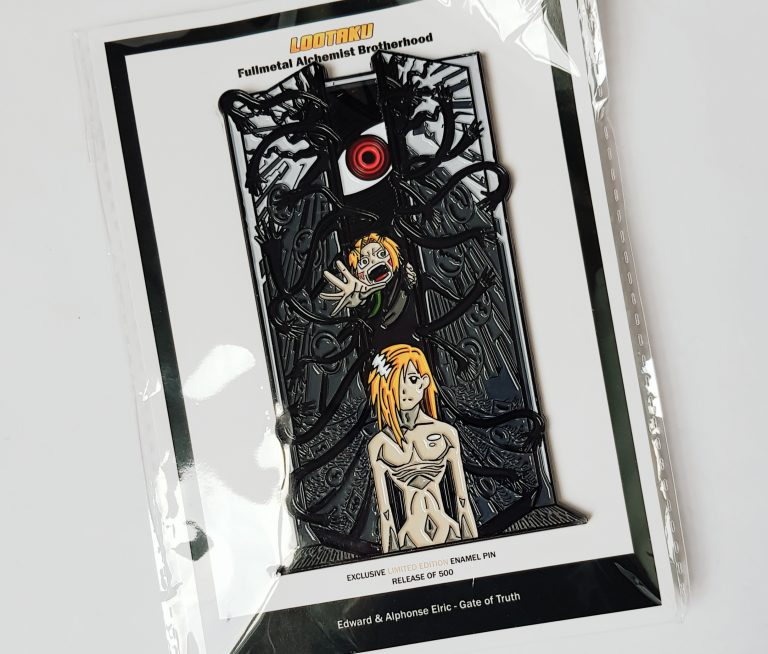 Finally, this month’s pin is huge! It’s four inches high and shows the Gate of Truth featuring both Edward and Alphonse Elric. The detailing on this is really impressive. 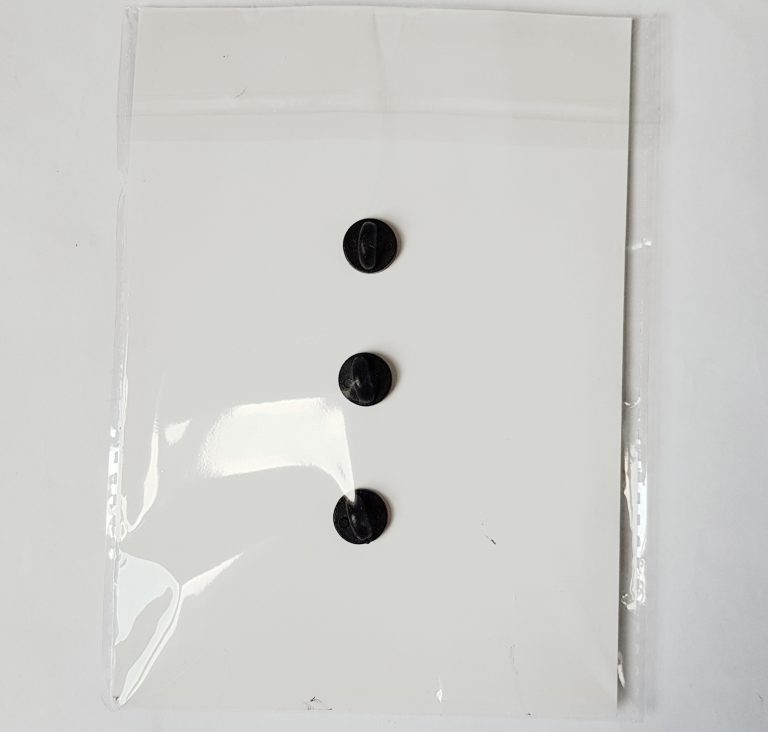 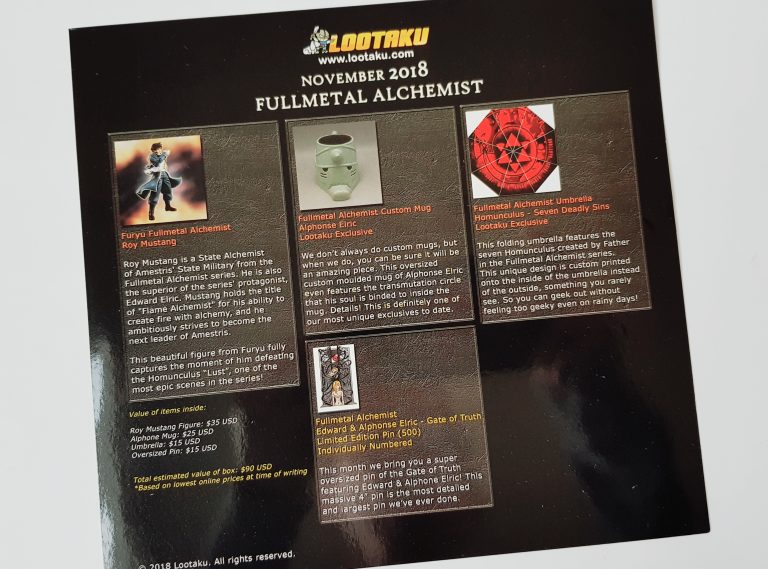 I can say that it’s a pretty good selection of items, and the umbrella and mug are both great nods to a geeky lifestyle.

The box price is around £48. But this is a slightly tricky box to assess for value, because three out of the four items are exclusive.

The umbrella is completely exclusive and I can’t find a FMA umbrella anywhere except eBay! I think its value would be very subjective, depending on how far you want to geek out. I’m going to value it at £10.

Again an exclusive mug. Molded mugs are popular in the geek world and do vary in price, but I’m going to put this at £10.

Well, that’s a notional total of around £51. It’s still over the price of the box, but not that much.

I really like it when Lootaku go a little off piste with their items, especially as their exclusives are often a lot of fun, but I think three out of four items is pushing it a little. It’s also tricky becauase this box would be most appreciated by a Fullmetal Alchemist fan as the geekiness is pretty specific.

One of the things that Lootaku rightly prides itself on is the high premium content of their boxes. These variety is good, and the figure is excellent, but this leans slightly too heavily exclusive content. That being said, they have an extremely high standard of boxes as a matter of course, so I can certainly forgive them on the one occasion they don't get it absolutely right!