Reviewed by Mary on 2nd September 2017

Prices and values on the Lootaku website are given US dollars. A one month subscription is $44.99 (three and six month subscriptions are cheaper). According to my currency converter this is £34.73. UK Shipping is $17.66 (£13.63). Slightly pricey, but this is a premium box. Also it’s coming a long way.

This month’s theme is Assassins, featuring Naruto, Attack on Titan, and Hunter X Hunter. These are three of the most well-respected manga series, and of course they all have movie and animation spin-offs. 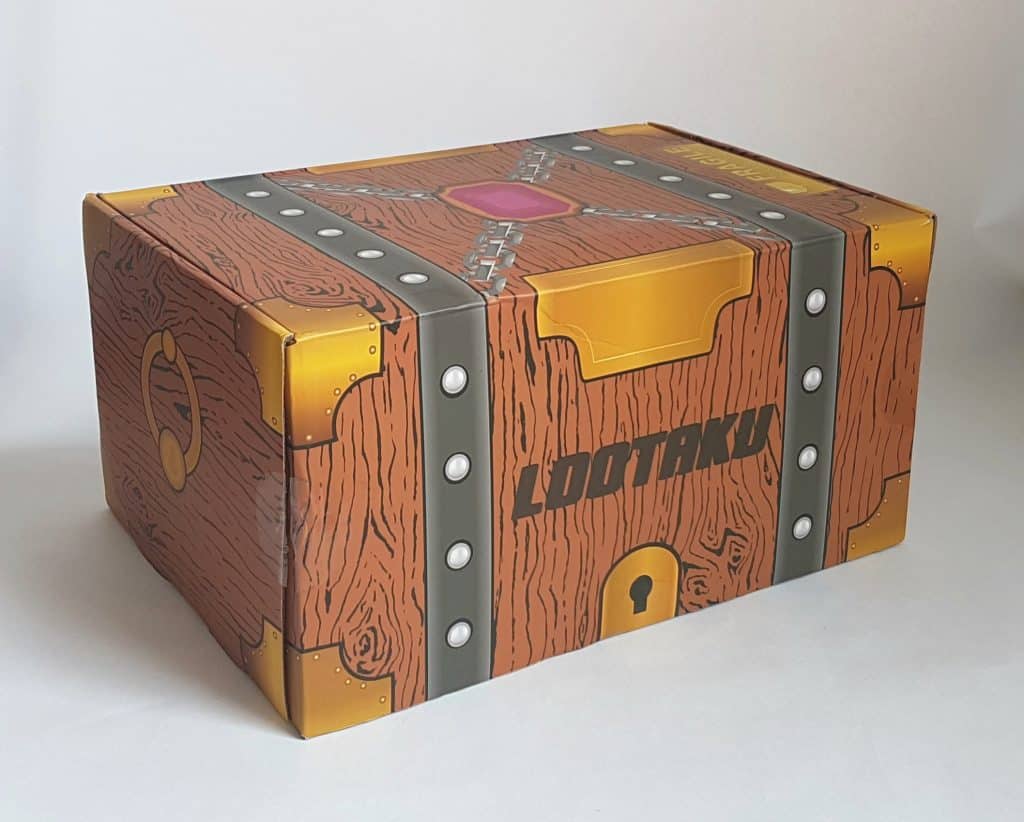 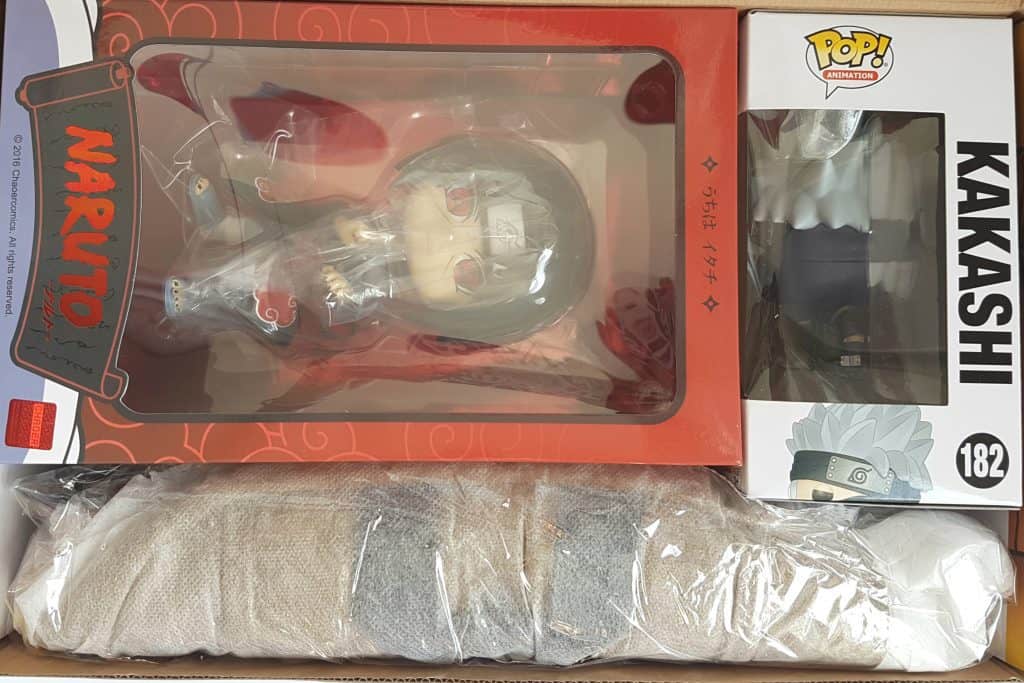 I can see a seriously large figure in there!

Let’s start with the big figure. This is a figure of Itachi from Naruto, and is one of two possible figures. The other was Kakashi. 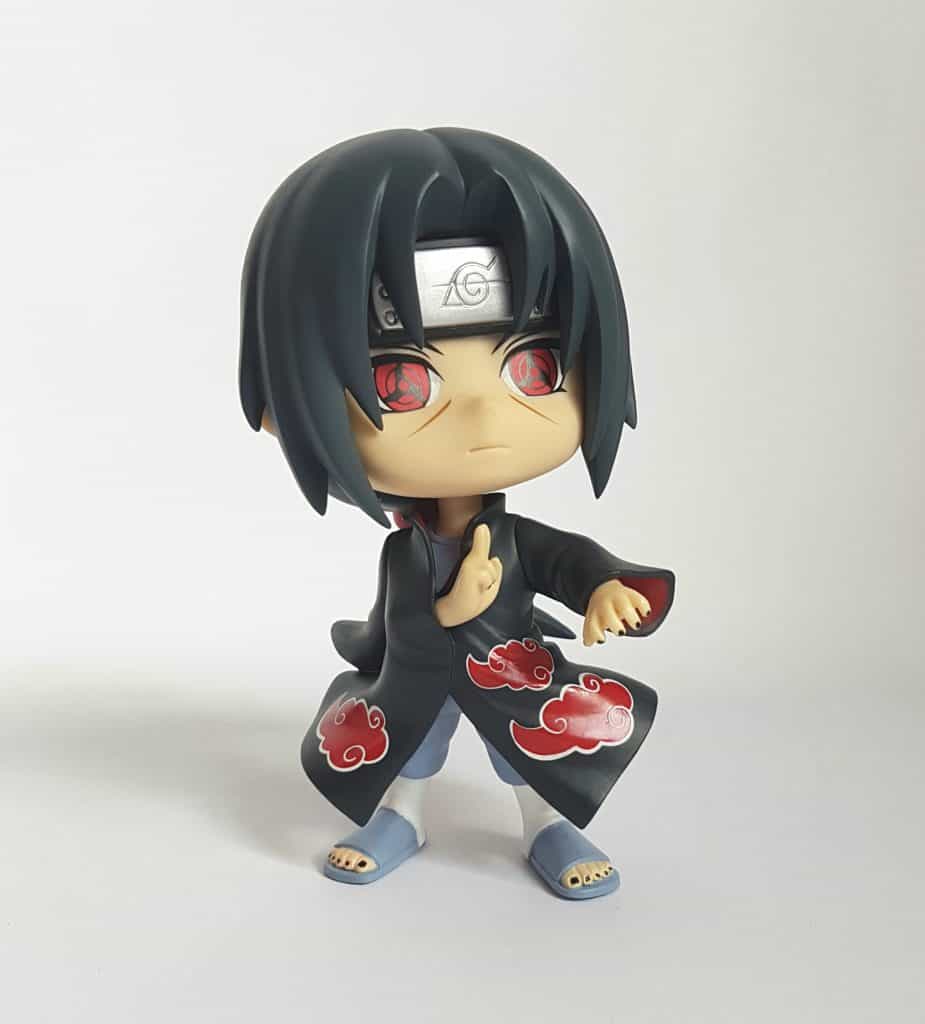 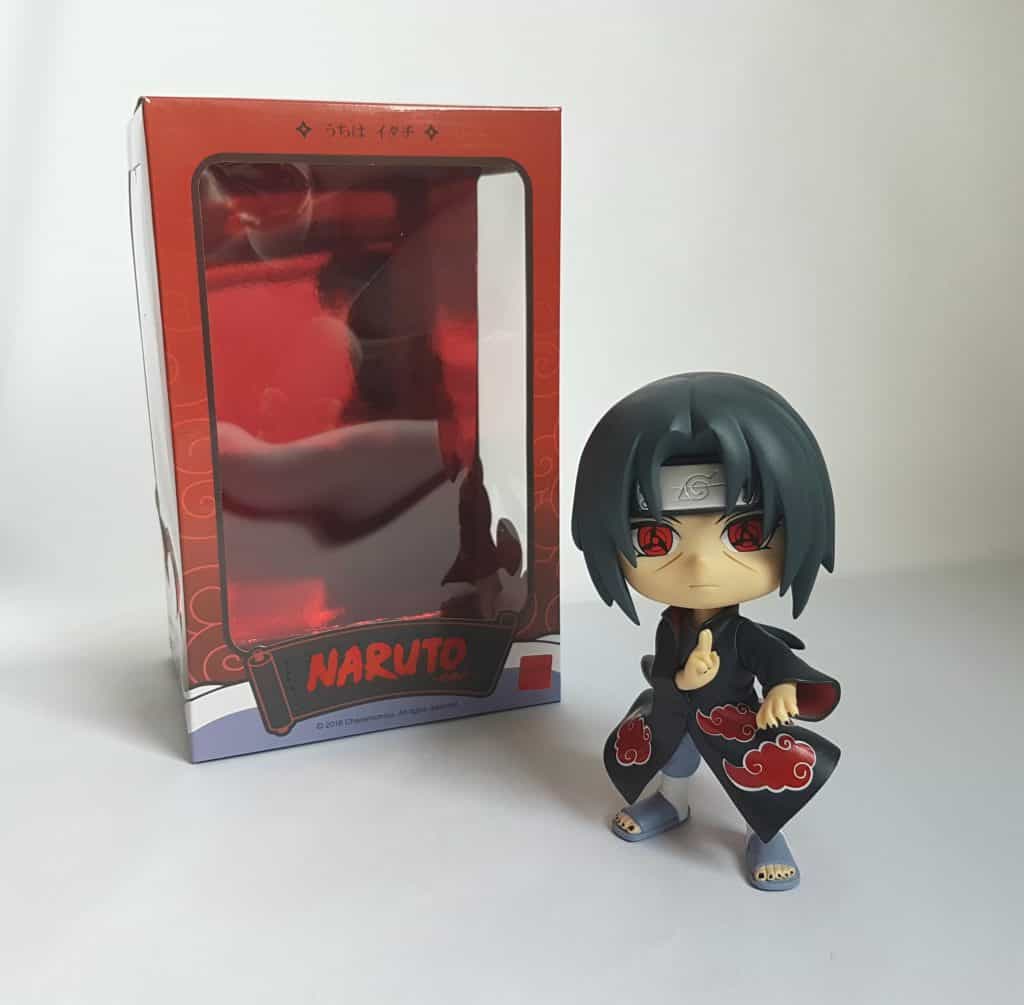 This particular item is by Chaoercomics, which is extremely difficult to source outside Asia.

Next we have another Naruto figurine. 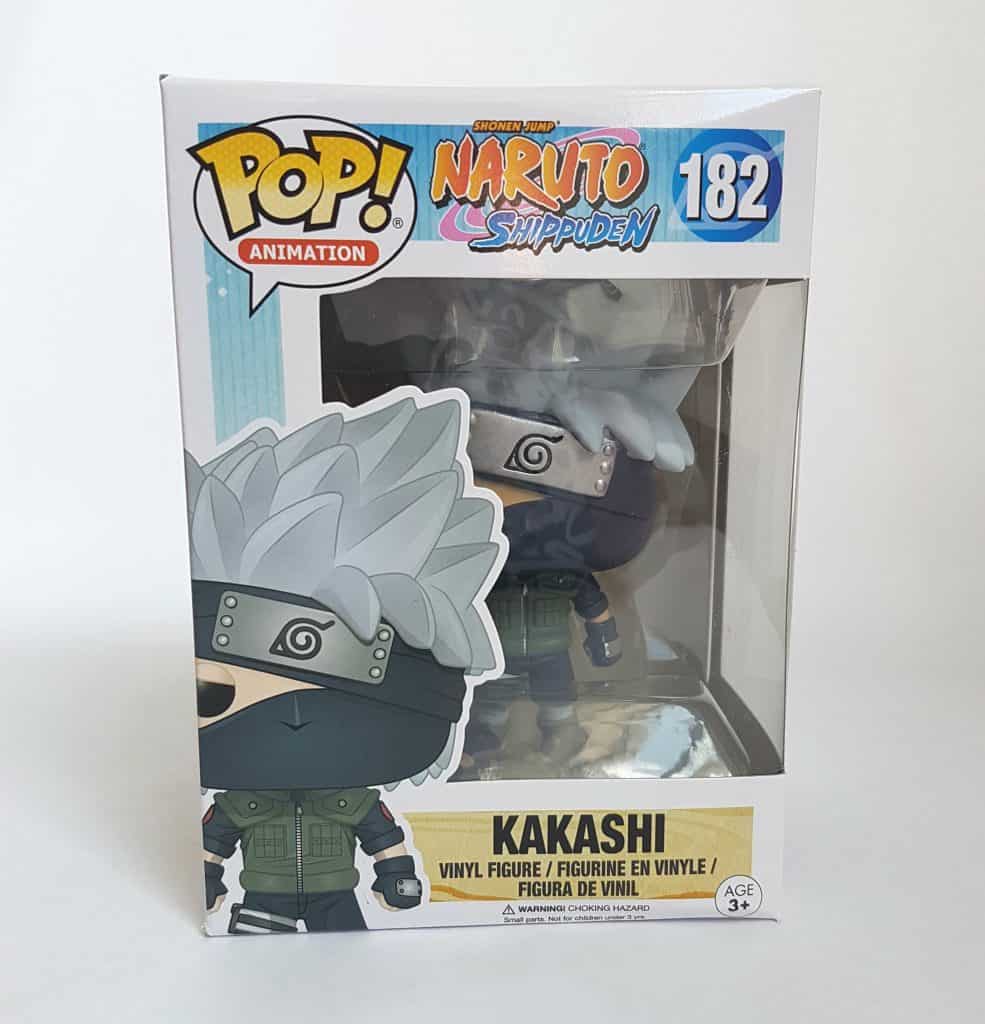 This one is a POP! Kakashi, another central figure from the series. 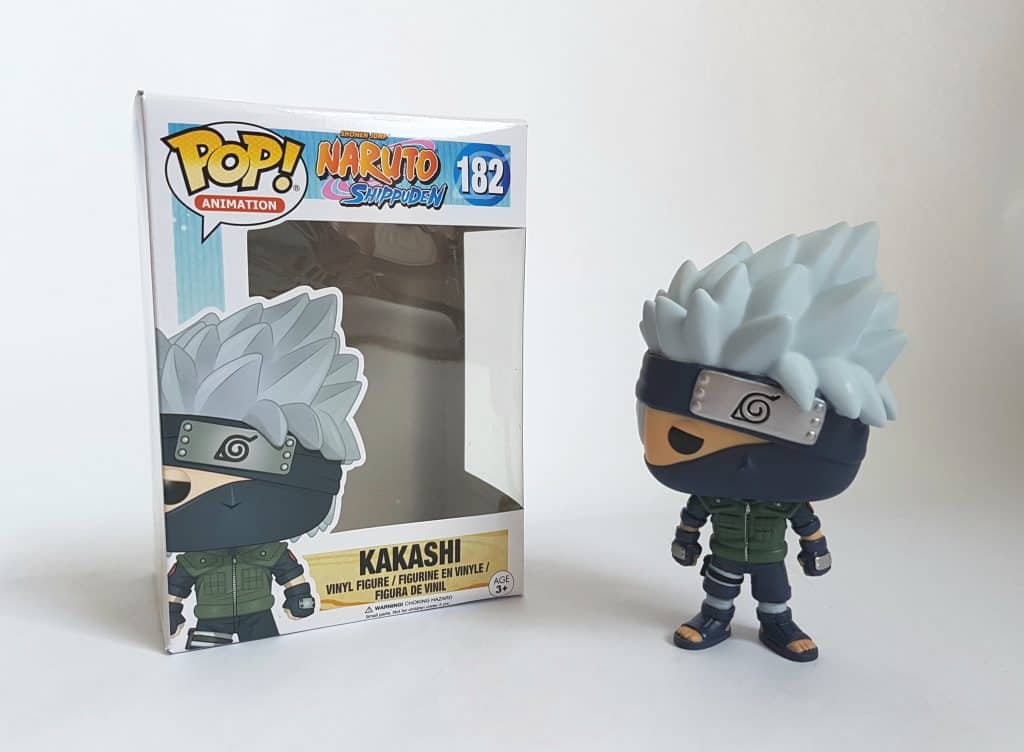 I’m not generally a fan of POP!s because they tend to all look the same, but this one has enough detailing to make it unusually distinctive.

There was also another variable for this item; the other option was Naruto himself. 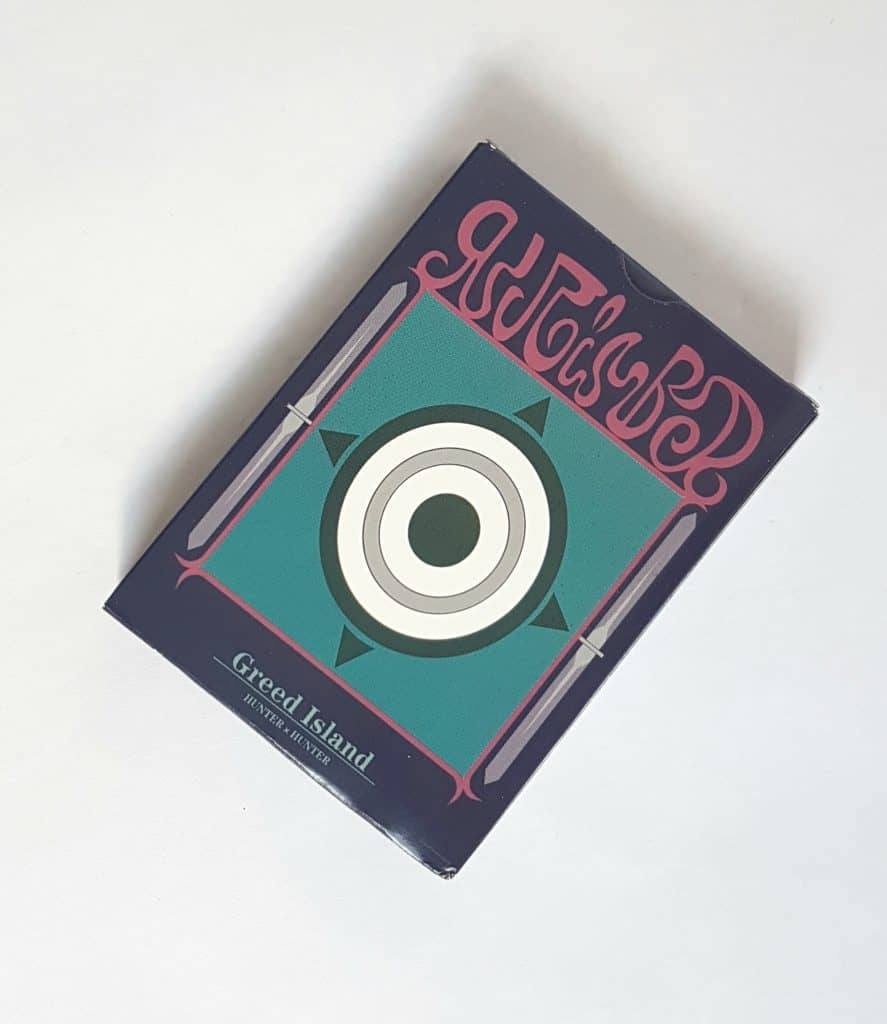 This is a proper geek item. According to the menu you can’t get this in stores, though it doesn’t say it’s a Lootaku exclusive. Either was it’s cool. 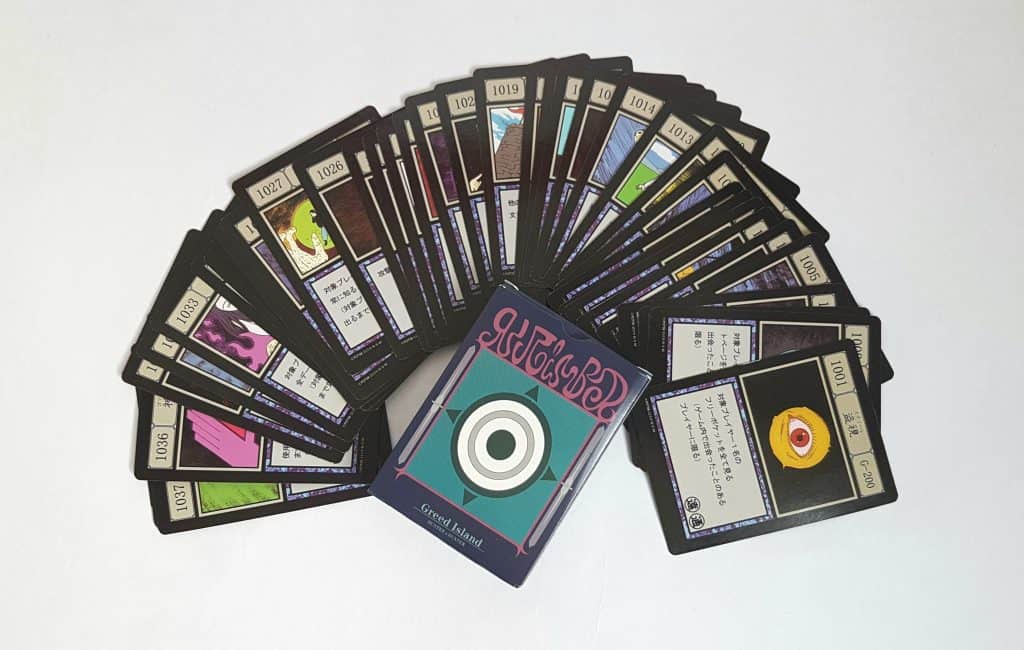 These are not playing cards at all. They are Hunter X Hunter Green Island Spell Cards.

Briefly, Greed Island is a videogame that exists in the Hunter X Hunter world. These spell cards can be used within the game.

This is the full collection of 40 cards, and there is also an insert describing every individual card. 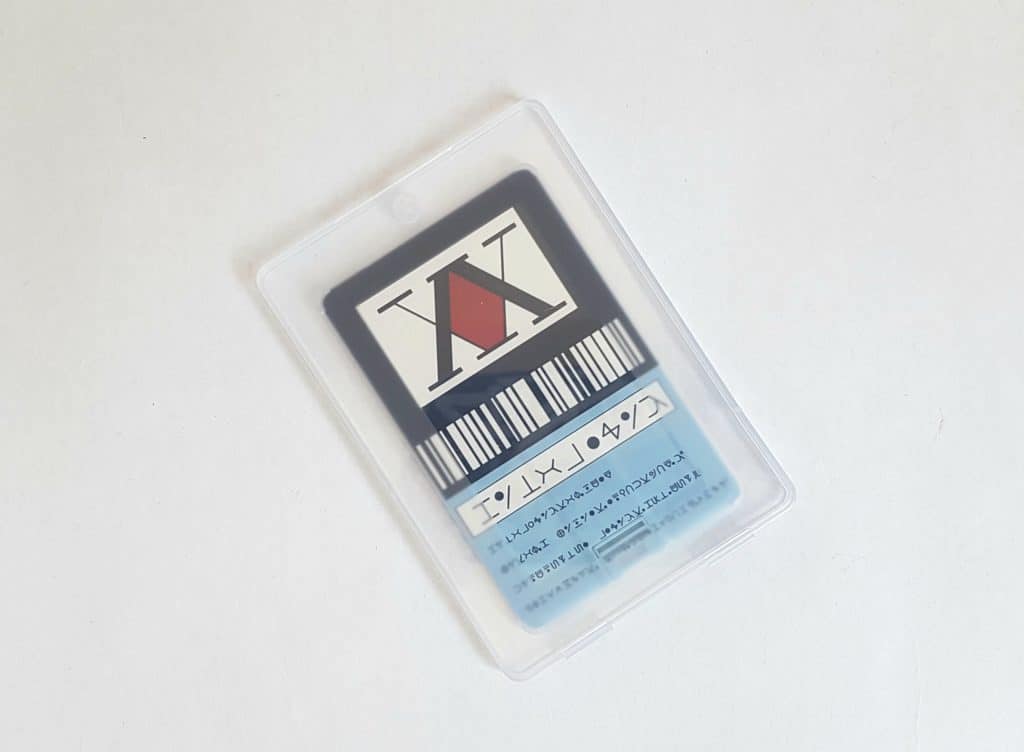 At first I couldn’t work out what this was.

It’s another Hunter X Hunter item, but what could it be? Some kind of ID card? 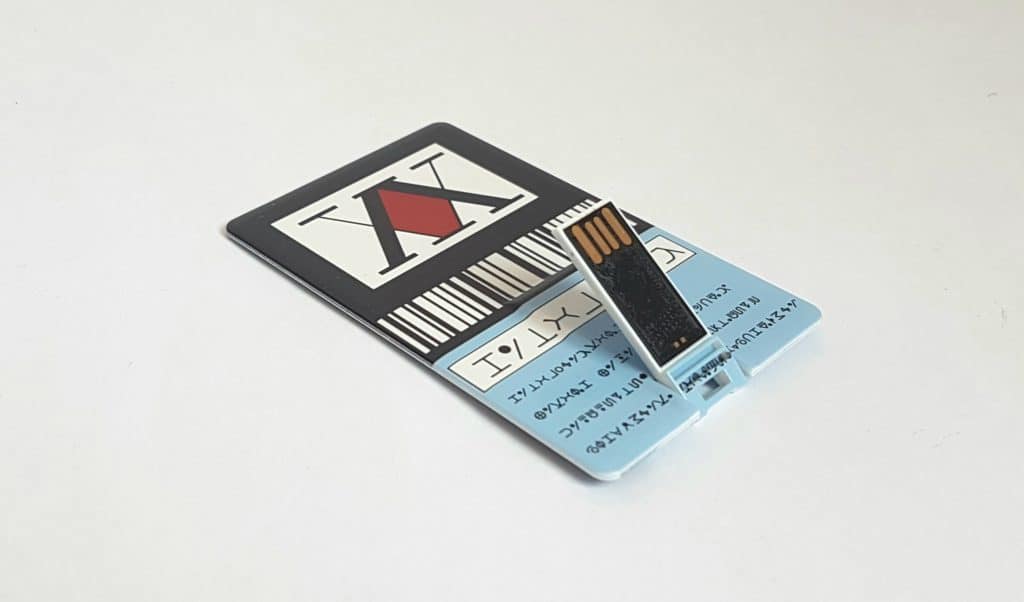 I’ve never seen one like this, only the regular pen drives, but this is really cool. As you can see, the drive part flips up and around, and then slots back into the plastic card which is little bigger than a credit card. 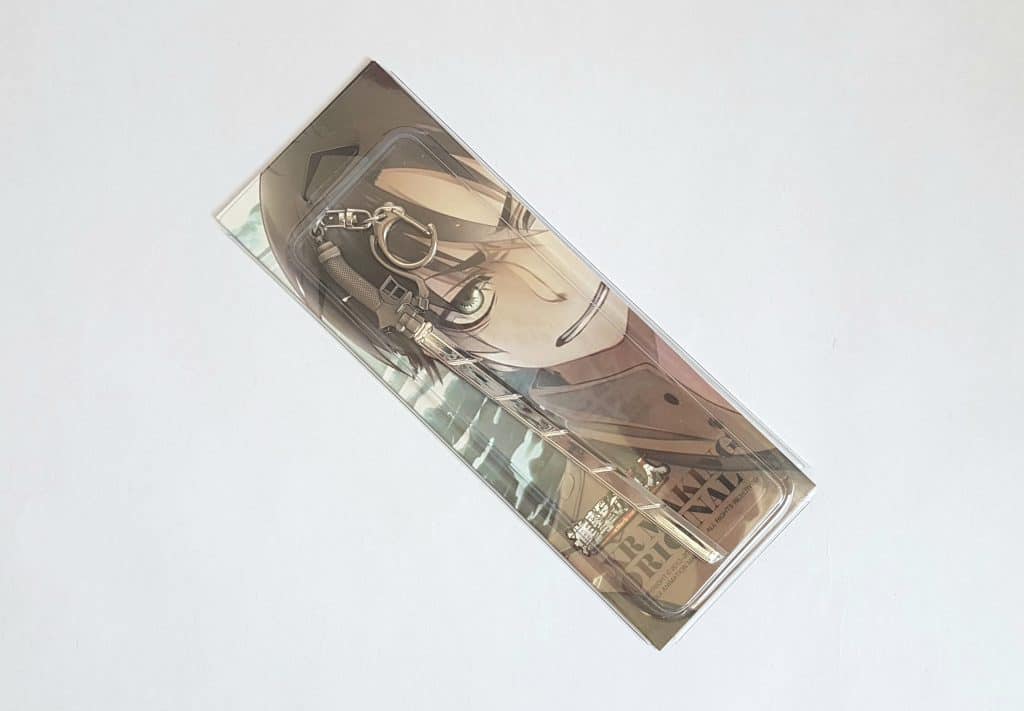 This is a little fun item. It’s an Attack on Titan Blade Keychain.

While it’s a little big for my keys, it would make a very good letter opener. 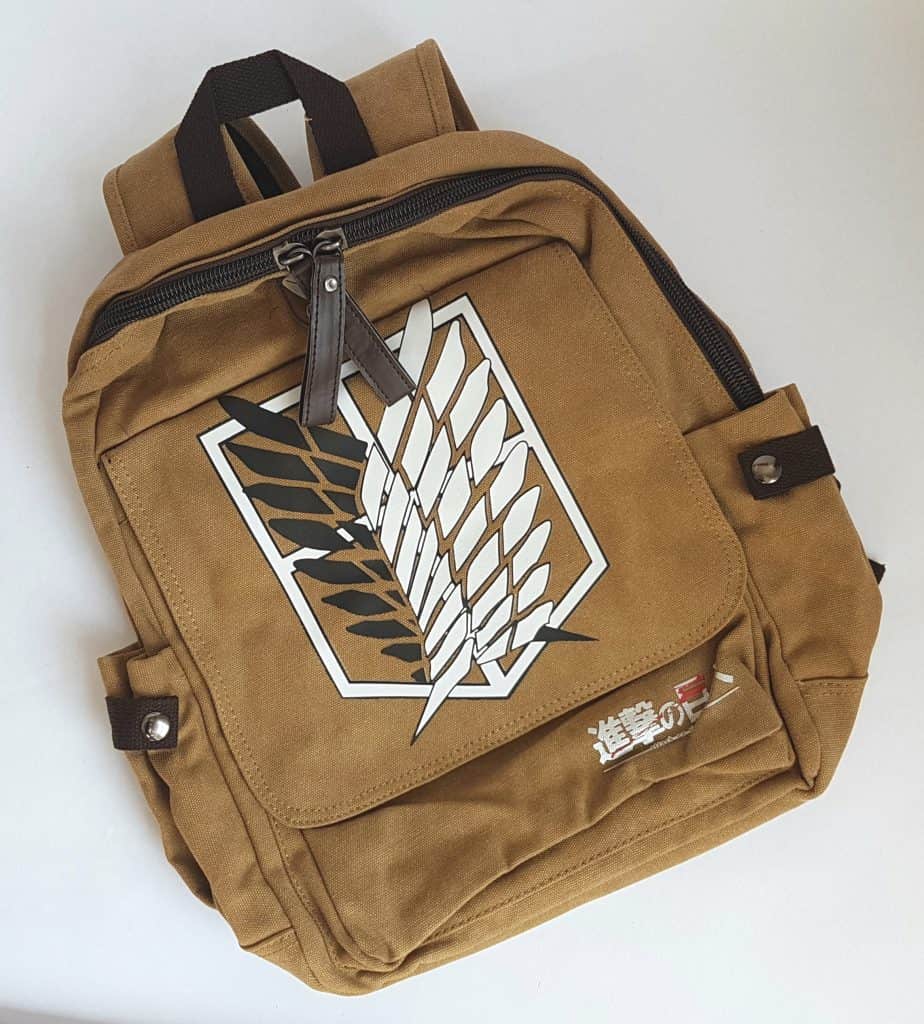 Last but not least, this gorgeous Attack on Titan backpack.

Lootaku don’t do t-shirts, though occasionally they include wearables. However this item is fantastic.

Any Attack on Titan fan will recognise the logo, but it’s also just a really cool backpack.

It’s got lots of pockets, and while it’s made of canvas so not waterproof, it’s a really useful size for carrying your stuff around for the day. Or, of course, cosplay! 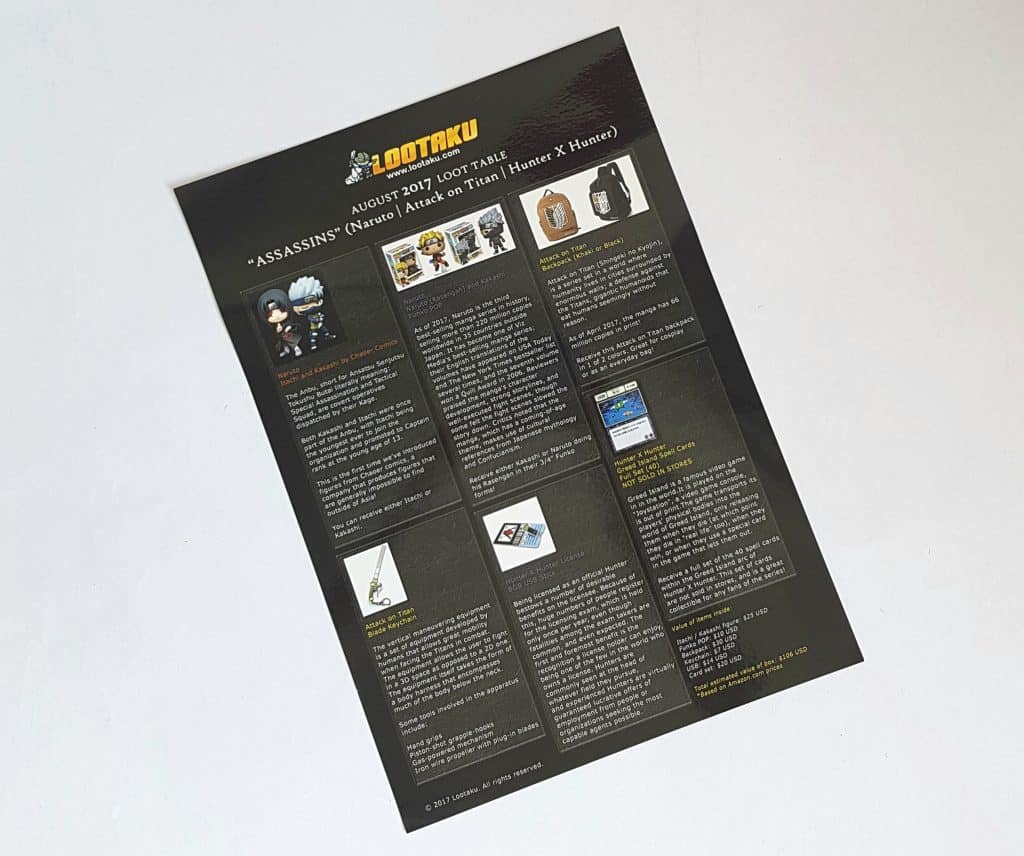 It contains a good amount of detail about each item, as well as their values.

We saw at the top that the monthly subscription is £48.36.

Large Itachi figure: OK, I can say with confidence that this are impossible to source. There were a couple of Chaoer figures listed on Amazon, but not currently available so no prices. As it’s a pretty good-sized figure I’m going to put it at £25, but given the rarity factor this is a pretty conservative estimate.

POP! figure: this was easy to find, and generally costs £10.

Hunter Spell Cards: Nope, these are nowhere. I can’t even find anything similar. Lootaku values these at $20, which I assume is because they are more or less exclusive. While this seems kind of high, I appreciate the rarity value of these so I’ll put £15.

USB stick: This was also listed on Amazon UK, but of course unavailable. I did find it on Amazon.com, for $19. It also gets an impressive 4/5 stars, so it’s not just tat. Anyway, that works out at around £14.

Again, I estimated the large figure at a standard value for this size, so you’re getting a really good deal.

This is a splendid box. I absolutely love there are two things that have great practical use. The bag is fantastic, I absolutely love it. And the USB key card is incredibly useful. I’ve never seen one that can fit easily into a wallet, so I can see this being used regularly.

Lootaku usually include Bandai/Banpresto figures in their boxes, so it’s nice to see figures from another company. Though the Itachi figure isn’t in the traditional manga style, I like its quirky style. It’s a bit like a POP! style but with proper proportions.

I always feel a bit meh about POP!s. Like I said, they all look the same to me, and they are very easily available. However Lootaku rarely includes them so I’ll give them a pass!

The keychain is fun, and like I said could find a use as a letter opener. It’s almost filler, but given the overall value of the box even without it, it’s actually a very nice extra bonus.

Lootaku is really going back to its manga/anime roots with this box. It’s great they’ve going slightly off-piste with the figures, and including a backpack is a stroke of genius!

This really is a premium box. The fact that so many items are hard to find in the West, or just plain impossible, give this box an extra dimension.  You pay more than your average geek subscription box, but for manga and anime fans it is more than worth it.