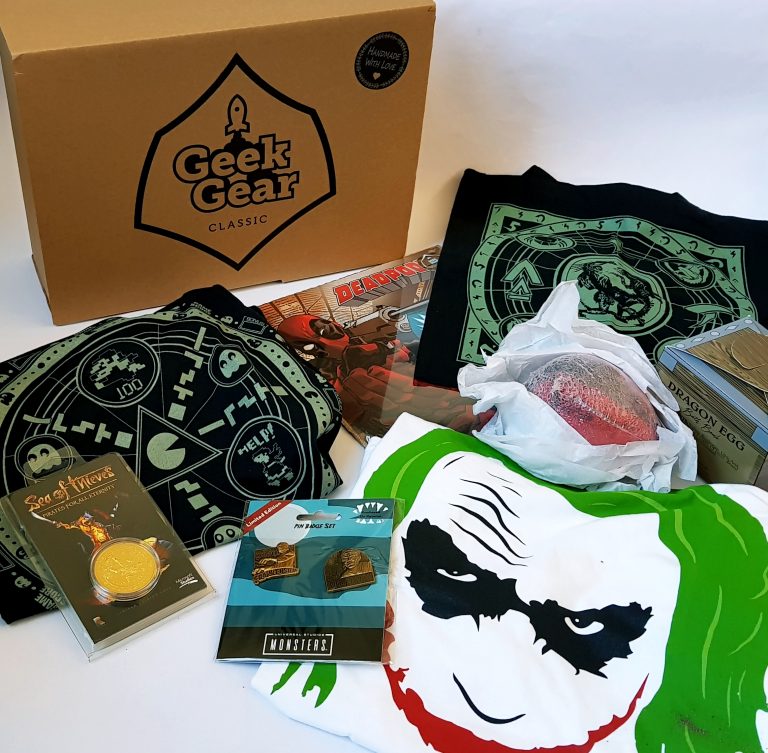 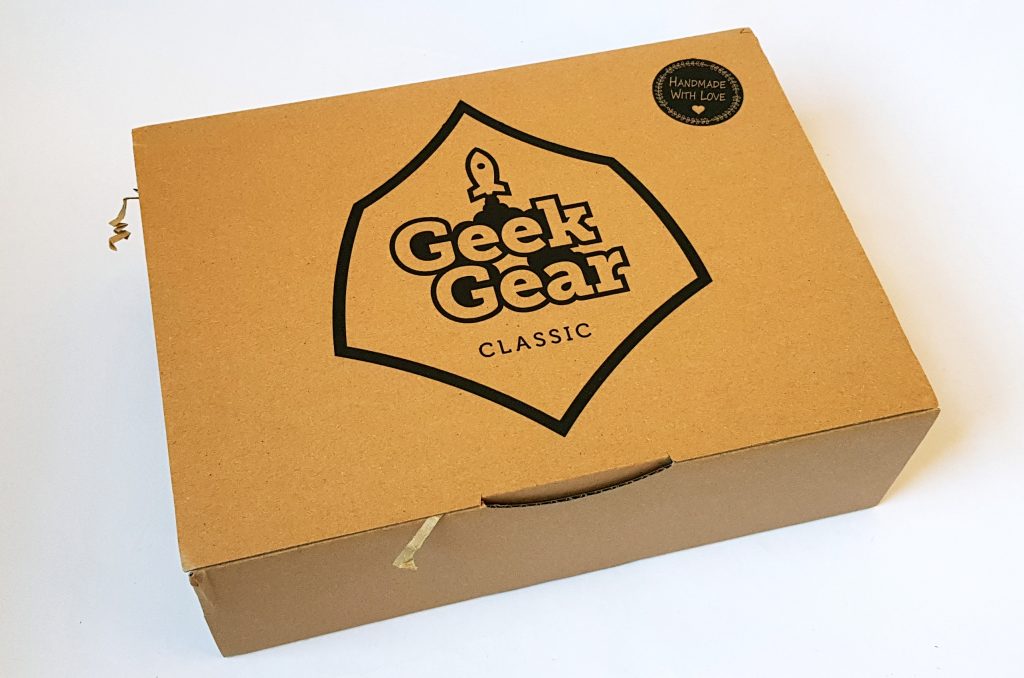 It looks like the box has had a design refresh! It’s now in a brown cardboard box, which I think looks rather classier than the previous bright blue box. 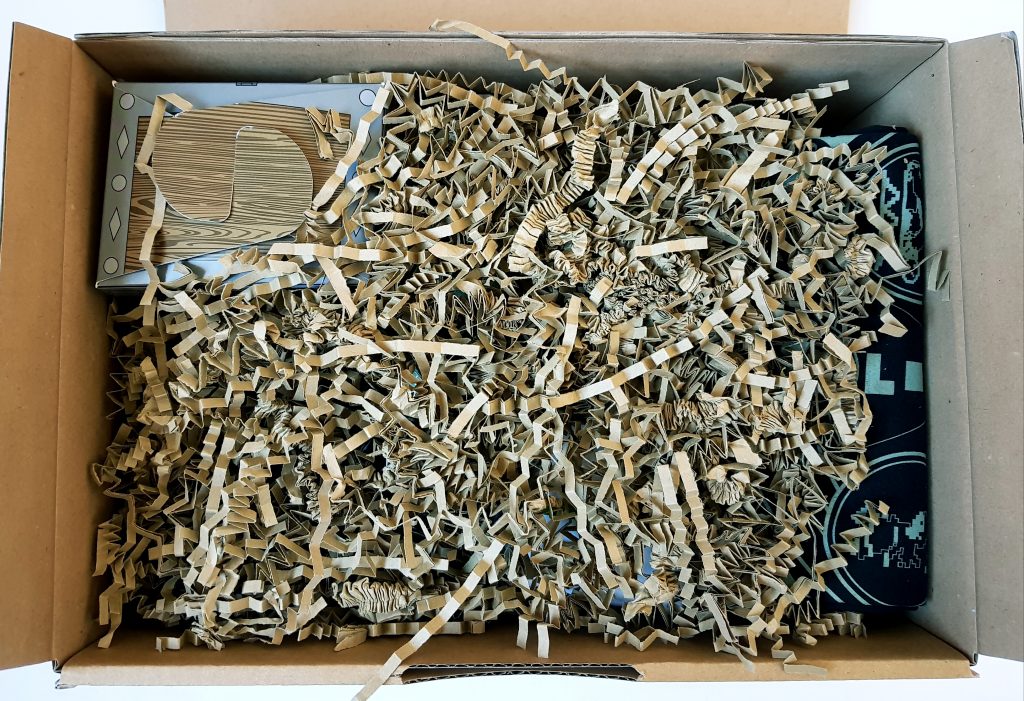 The padding has also changed: it’s now shredded paper, which is much more recycling-friendly. 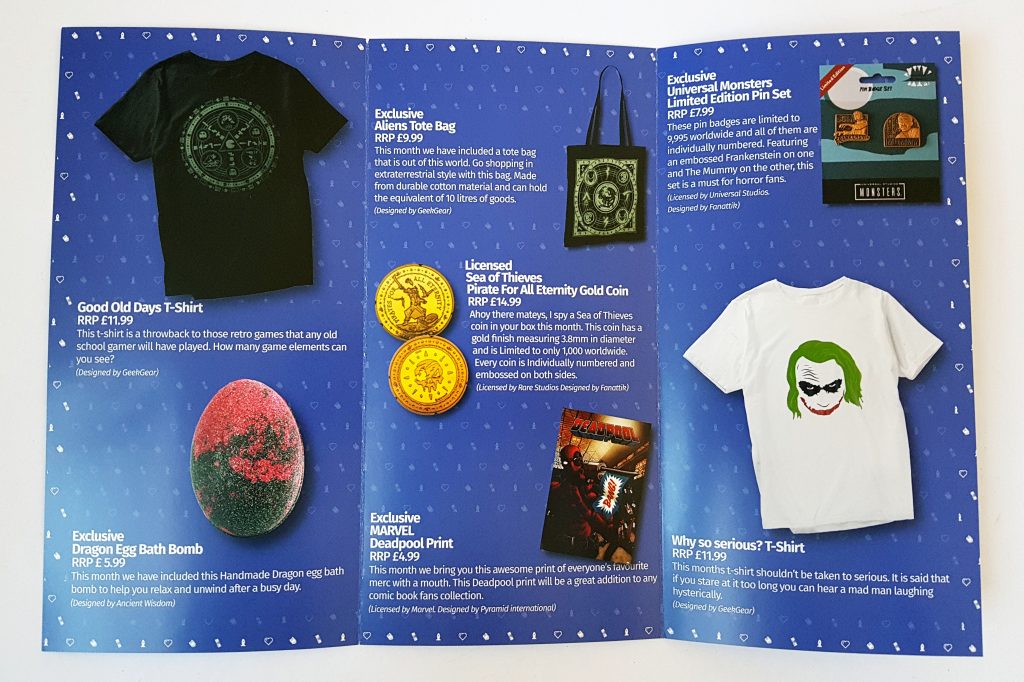 The menu leaflet gives you descriptions of each item, plus RRPs. 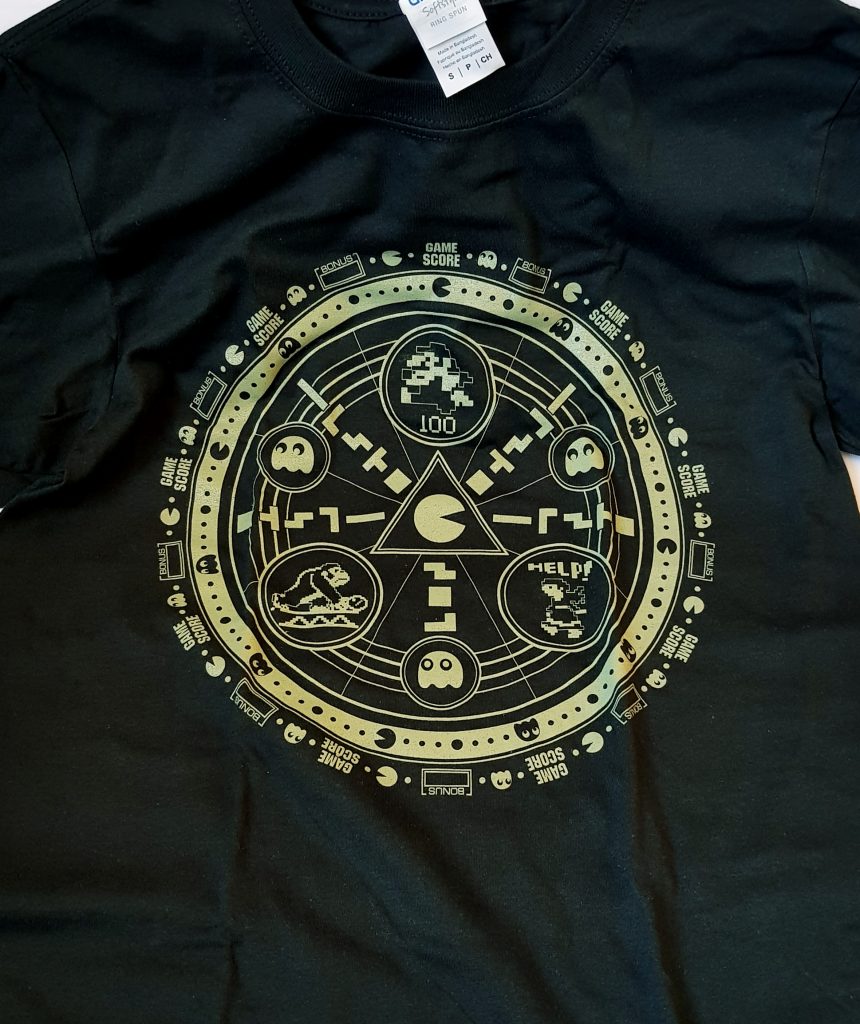 There are two t-shirts this month, and this is the first out of the box. In the menu it’s described as a Good Old Days t-shirt, and it’s embraces all things retro-gamer. There are a ton of elements from the classic  8-bit games including Pac-Man, Donkey Kong, and Mario. This is a really cool design! 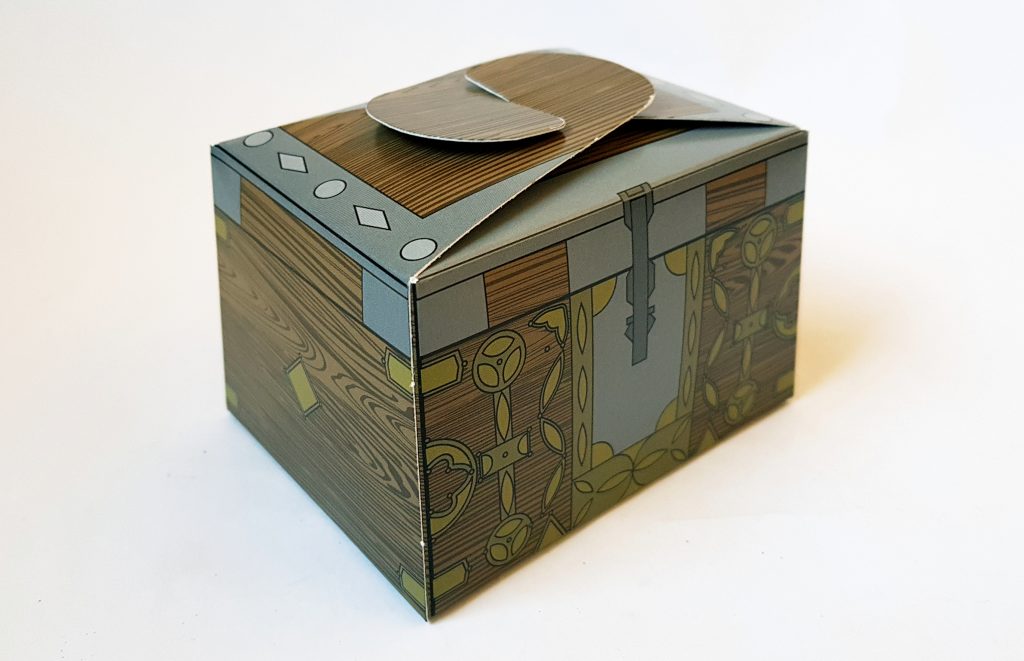 This is a GeekGear exclusive item, and is definitely different to anything I’ve seen in one of these boxes before. 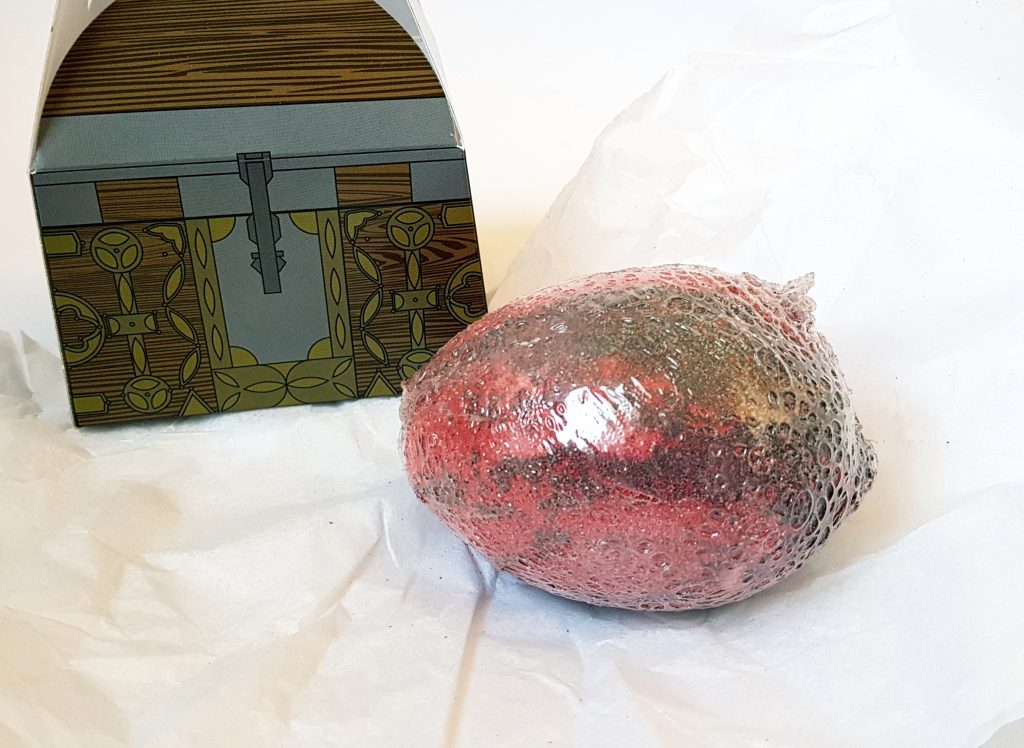 It’s a Dragon Egg Bath Bomb!  I’m not sure exactly what the scent is, but it’s nice, and really quite strong. This is also massive, and I think you could probably try to break it in half and use it for two baths, unless you have an enormous tub! 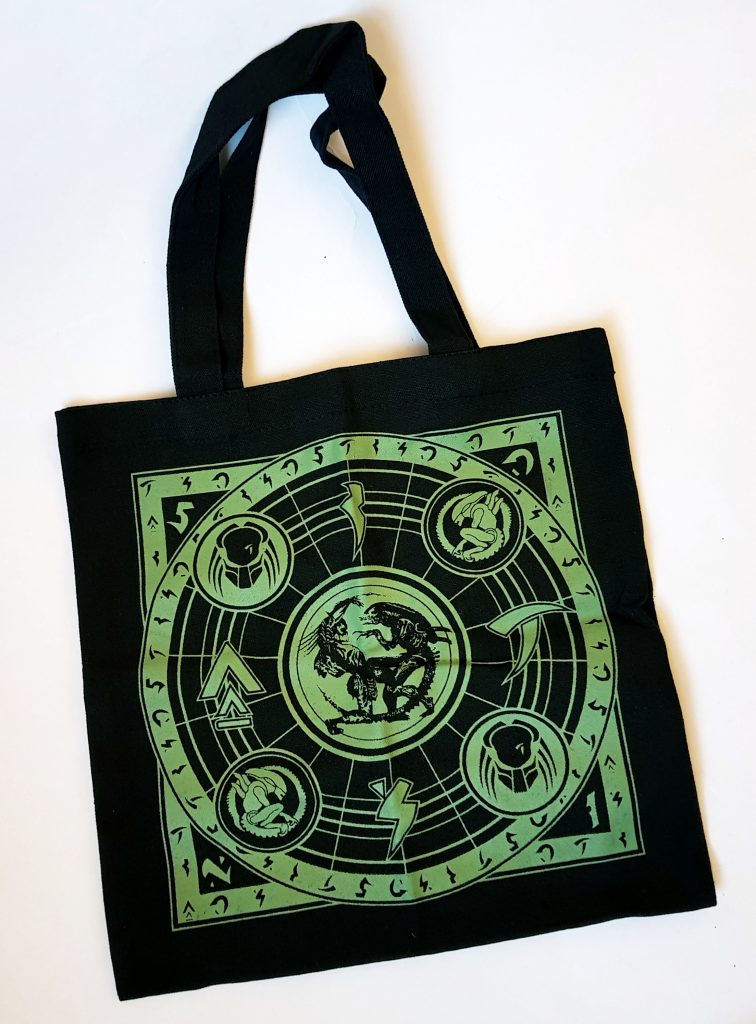 Another fantastic design, this is an Aliens Tote Bag, and is another GeekGear exclusive. It’s made from pretty sturdy cotton. You can see both the Alien and Predator, together with the Predator language in the surrounding pattern.

The quality is not, but I do have to pause and have a moan. This bag is tiny. The menu says it has a capacity of 10 litres, but that’s not really very much. It would hold a lunch box, so could be a little lunch tote, but it’s not what I call a proper tote bag. 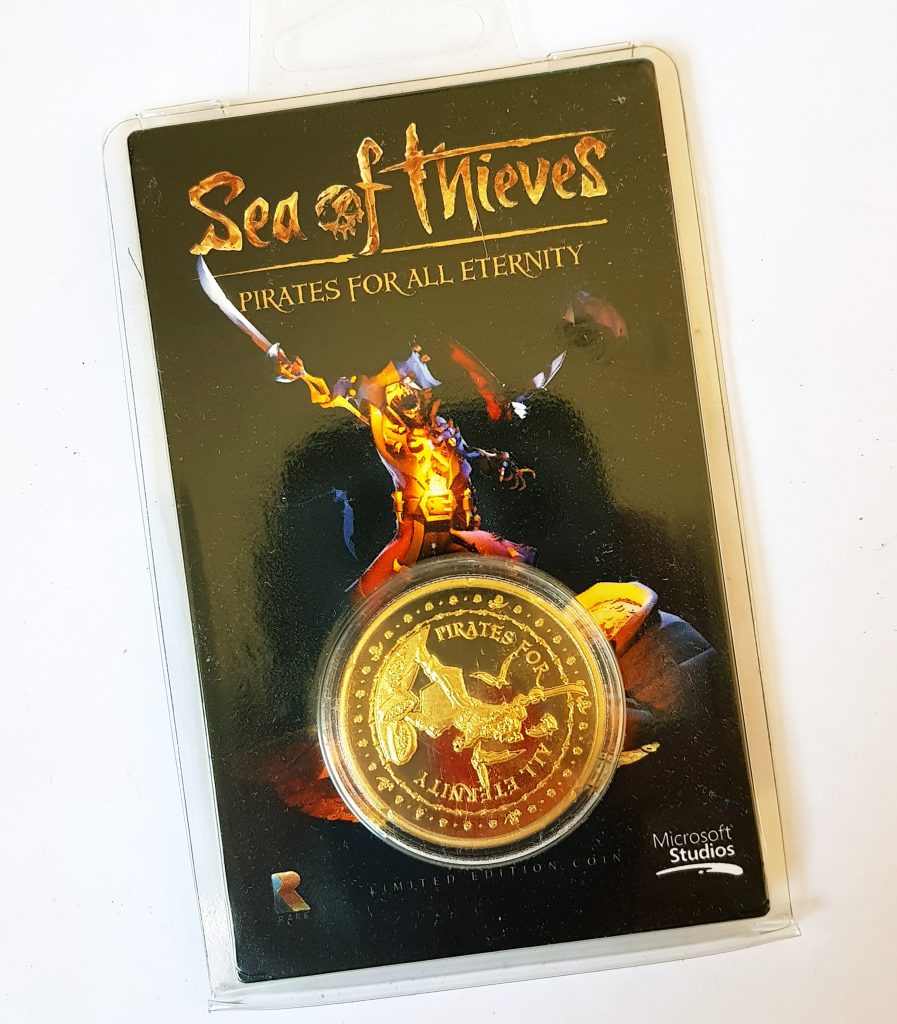 This is one of those lovely fancy collectible coins that pop up in GeekGear boxes every once in a while. It’s a Sea of Thieves Pirate For All Eternity Limited Edition Gold Coin. 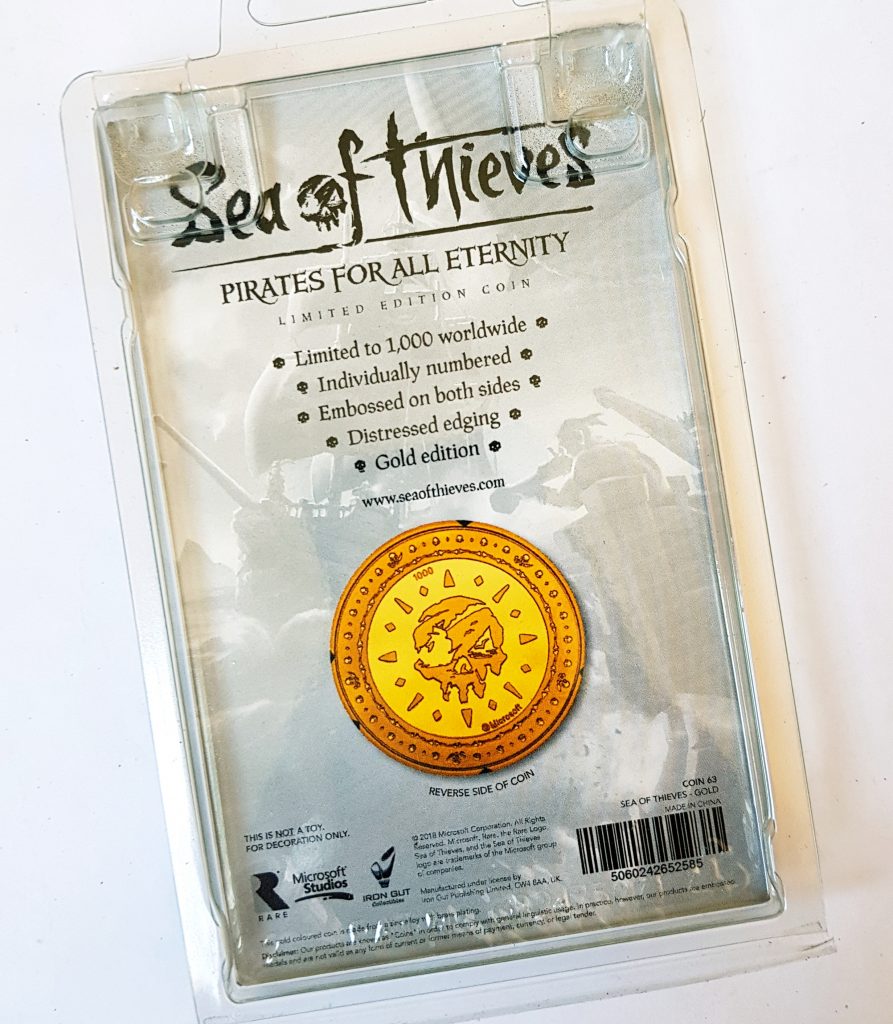 There are only 1000 in the series, so once they’re gone, they’re gone. A great collectible for gamers. 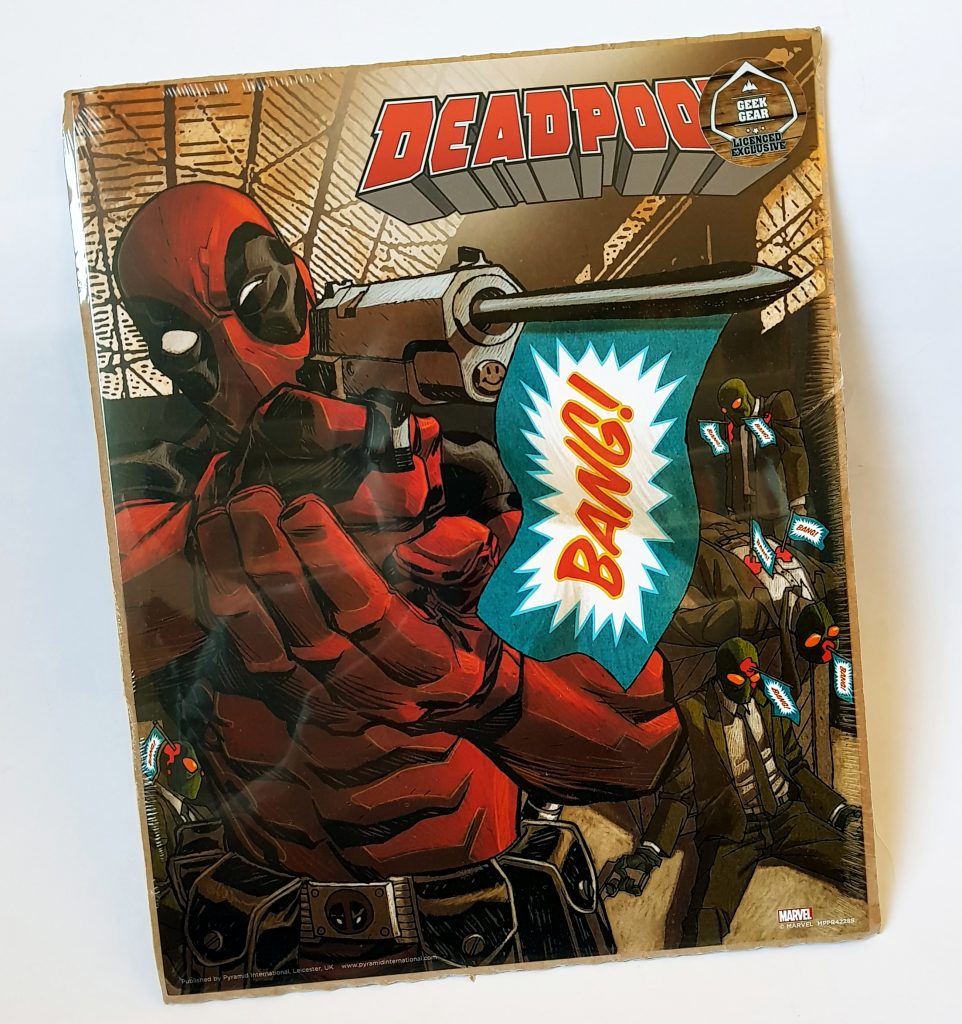 GeekGear does a lot of fun prints, and this Exclusive Marvel Deadpool Print is no exception. 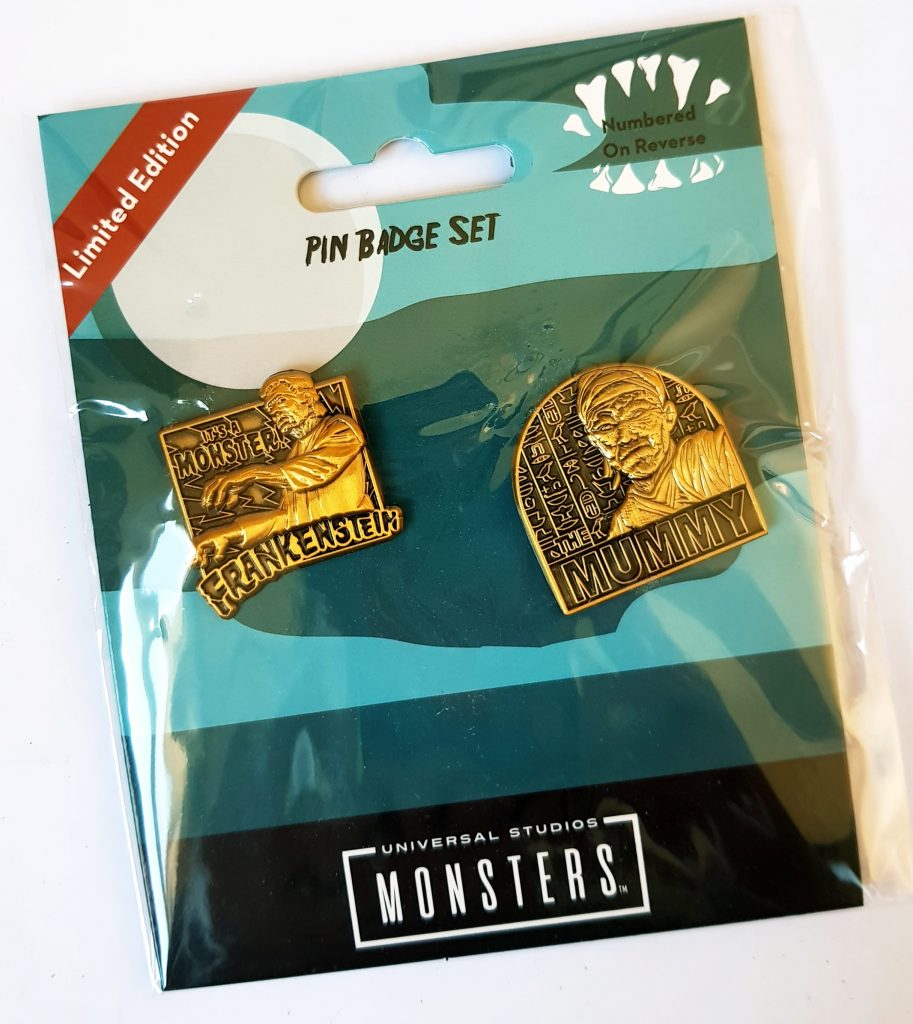 Another limited edition collectible, we have a set of two Limited Edition Universal Studios Monsters Pin Set. Two embossed pins featuring the classic monster movie characters Frankenstein’s Monster and The Mummy. These are a little less rare than the coin, as an edition of 9995, but they’re still cool with a fantastic retro design. 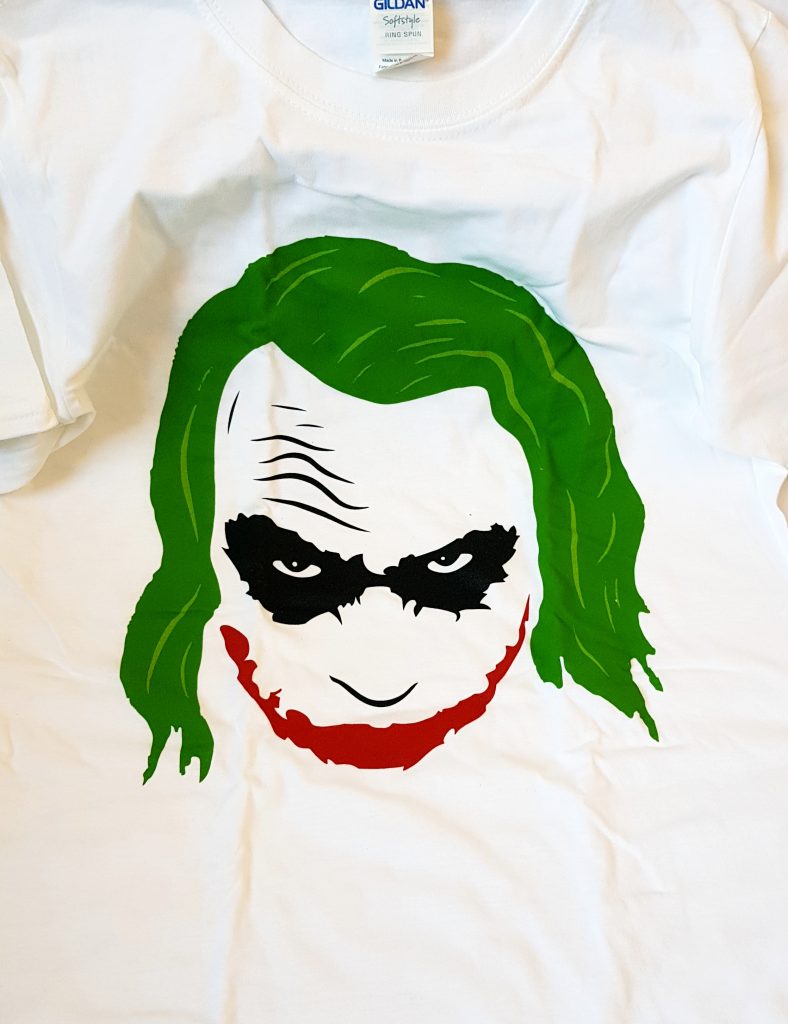 Finally, the second of the two t-shirts. This Why So Serious t-shirt will be instantly recognizable to anyone who has seen Heath Ledger’s iconic portrayal of the Joker. Seriously creepy, this design has a terrific visual impact!

GeekGear is very good at selecting terrific items from several different themes, and anyone who is into geek culture will enjoy these. They also have a combination of exclusive items they design themselves, along with other items.

As I said above, my only complaint is about the tote bag. I really, really love the design (I’m a huge Alien and Predator fan) so I’m really disappointed that it’s so small. I use tote bags all the time, especially for the supermarket, and this would have been an amazing addition to my collection, but I suspect this has been created by someone who has never actually used a tote bag. It’s not at all practical, firstly because it’s too small to fit much in (I reckon no more than a small loaf of bread and a bottle of milk) and also the size means the handles are too short to properly sling over your shoulder. I really hope they do this design again with a properly-sized bag, because that would be fantastic.

As for the rest, their t-shirts are always excellent, lovely quality and 100% cotton, which gives them big points. I have a real thing about proper cotton shirts, and hate the sweaty polycotton blends of so many geek shirts, so it’s great that they stick to 100% cotton.

The pins are really cute, the designs are discreet as the pins are quite small, but they’re definitely striking.

I think the bath bomb is inspired! What a great and unusual thing to include, I hope they do more of this kind of thing in the future, as it’s really original and I’ve never seen anything like it in any other geek box.

The value is always excellent, not least because geek shirts are always at least a tenner, so there’s the box price just in the shirts! Even if you don’t love all the items, you always get more than enough bang for your buck.

GeekGear is geek culture in a box, with striking designs, great t-shirts, and quality collectibles. Just a bigger tote next time please!