Reviewed by Heather on 28th February 2018 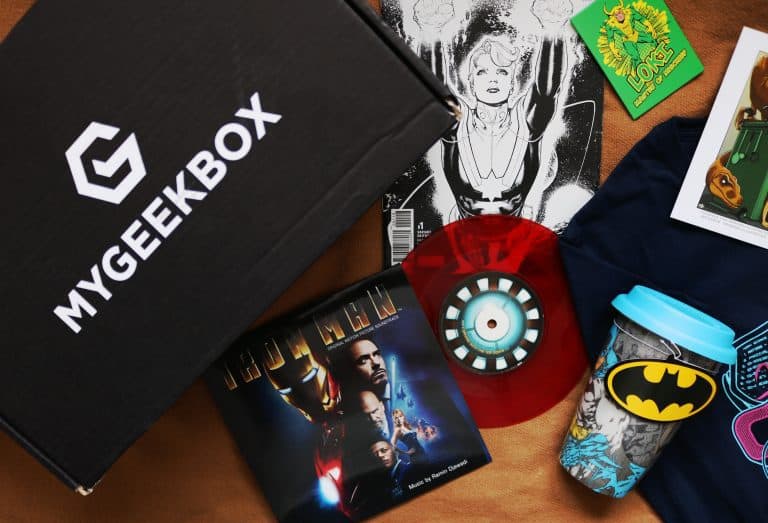 It’s that time of the month again for a My Geek Box review! I received the box this morning and I’m really happy with the contents of the February box. The February box contains five items which is on par or less than usual but the value seems to be higher. 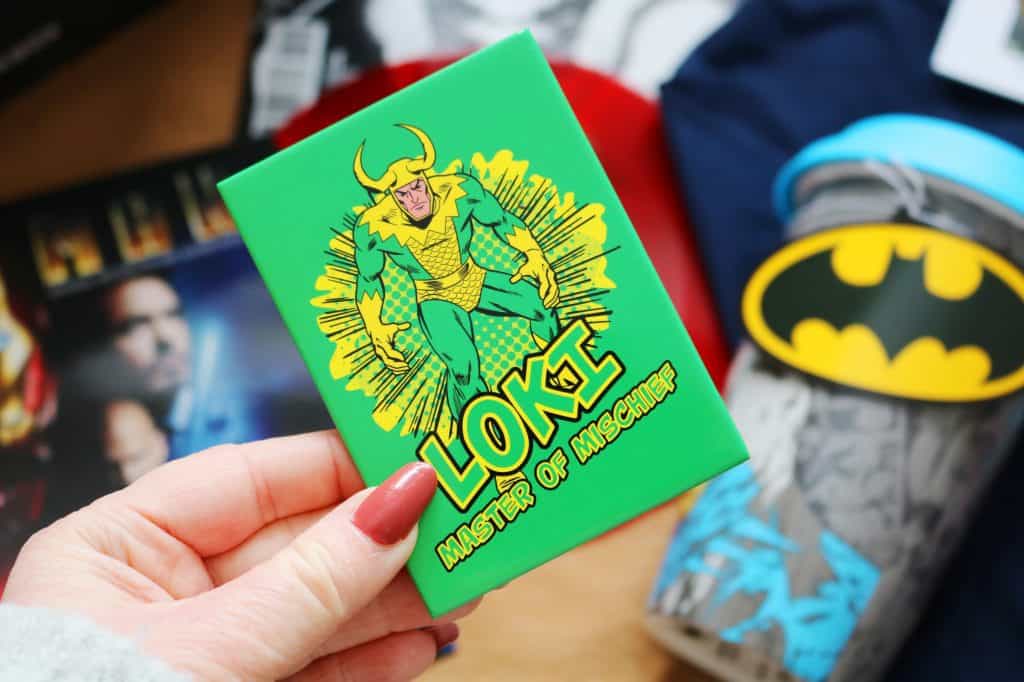 Let’s start with the most colourful item in the box! It’s a magnet with Loki on it which reads ‘Loki, Master Of Mischief’ on the front. I like how colourful it is and the art style. I am familiar with Loki the character from Norse mythology but I haven’t watched any of the films depicting Loki yet. 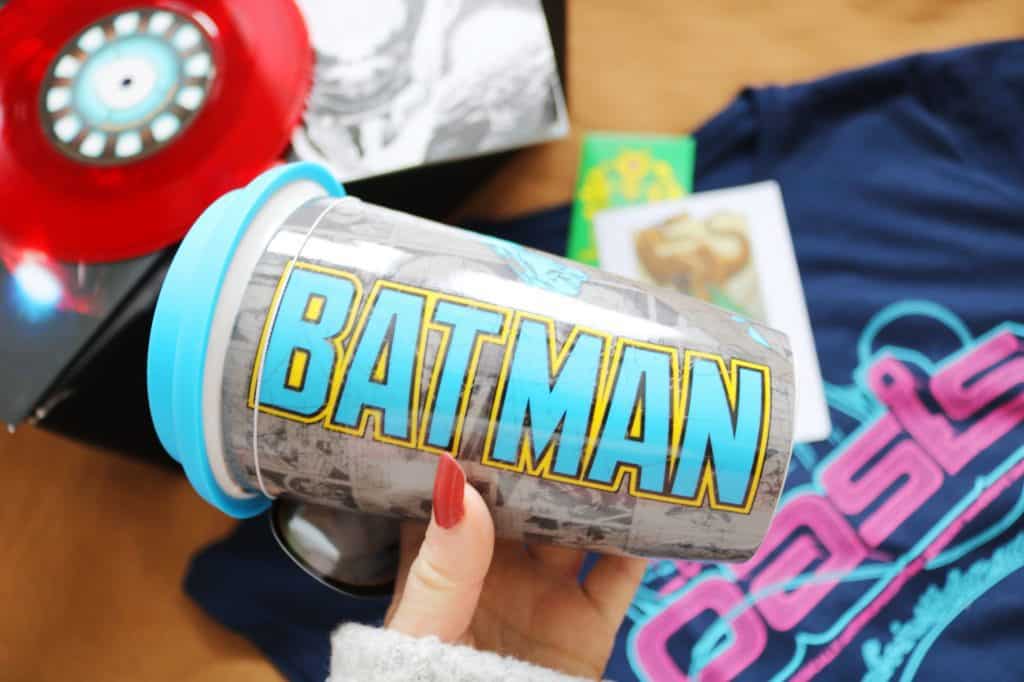 Next up is one of my favourite items from the box this month although it is pretty much a three way tie! It’s a heavy ceramic travel mug with a comic book style Batman design. The animated Batman series from the 90’s was one of my favourite things to watch growing up so now I love anything related to Batman. 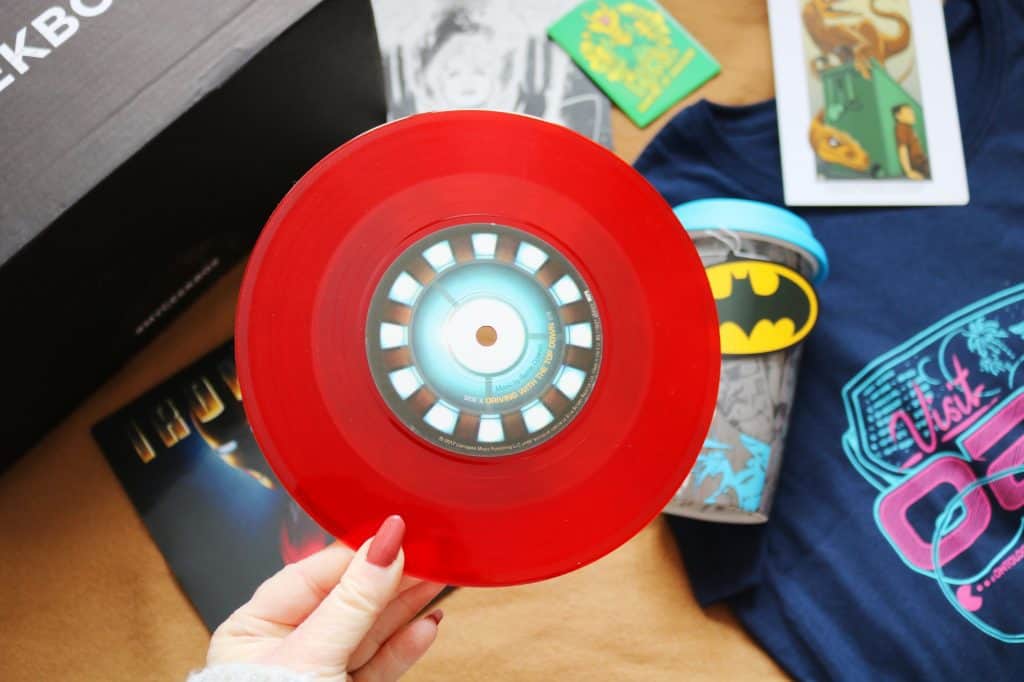 The next item is a very unique one as it is a vinyl record. Thankfully I do have a record player (which I love) so I can play this record. It is a Iron Man Original Soundtrack 7″ record. It’s an Emmy awarding winning soundtrack so I can’t wait to play it. I also love the red colour of the vinyl as all of my others are black. 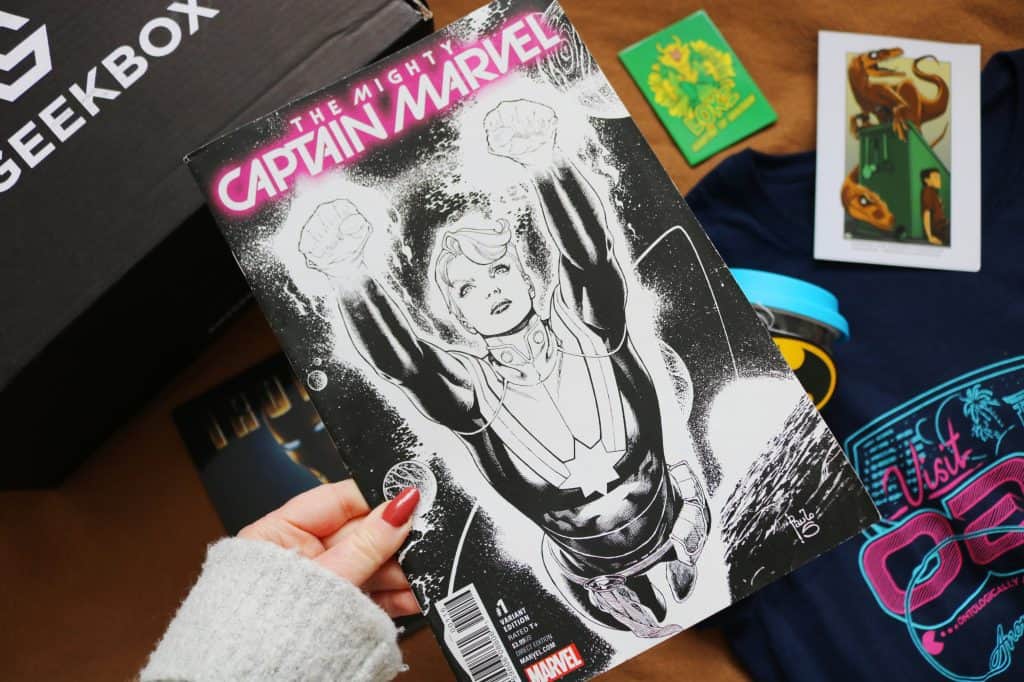 We are onto the penultimate item which isn’t listed on the card that comes with each months box. It seems to be an extract from the first volume of a comic book series, The Mighty Captain Marvel. I like the retro comic book art style so I’ll give it a read as it’s so short.

As with every My Geek Box there is a t-shirt included and this one is so cute. It is Ready Player One inspired which is a book I haven’t read yet. I love the summery, colourful but simple design and the fit is great. I have a medium and it fits like an oversized t-shirt on me (I’m a UK size 8 for reference).

Overall, I loved this months My Geek Box! The vinyl record was such a surprise, a pleasant surprise. I also liked the t-shirt and the Batman ceramic mug. I'd definitely recommend the My Geek Box subscription service!