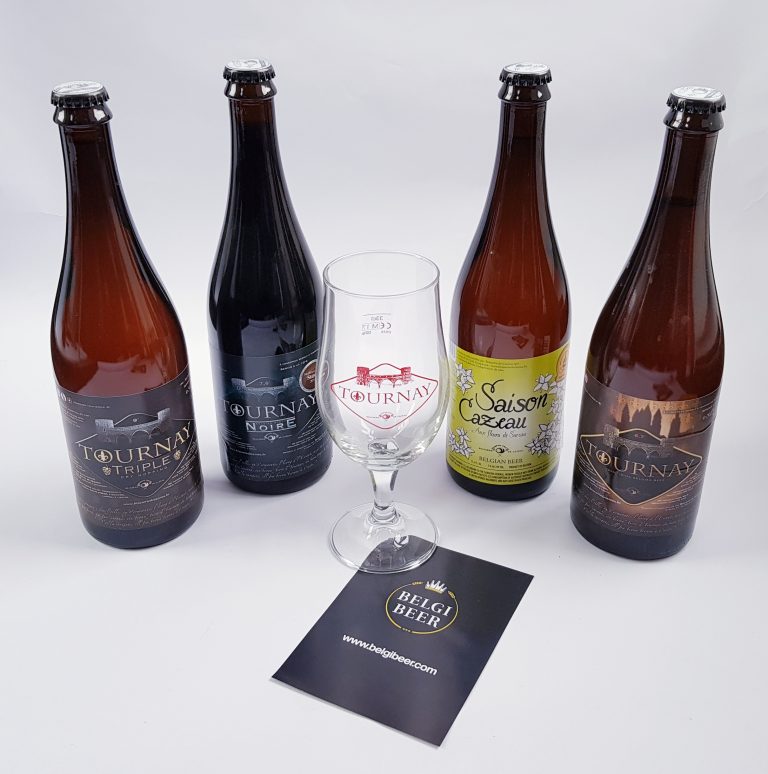 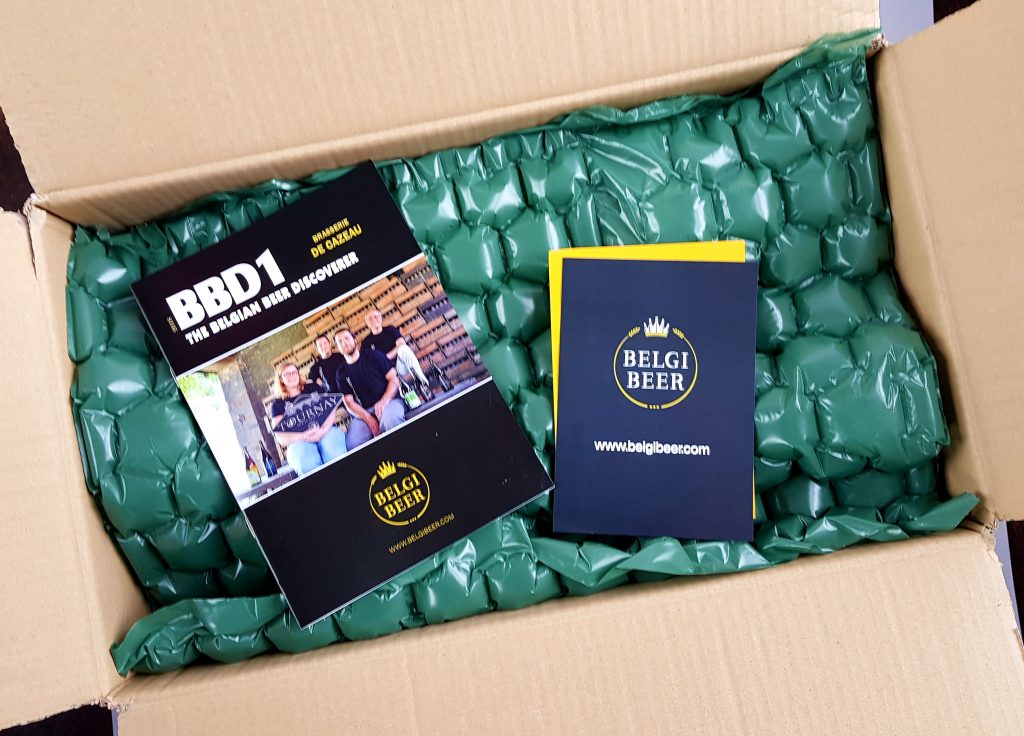 The box is always very well packed, lots of padding. 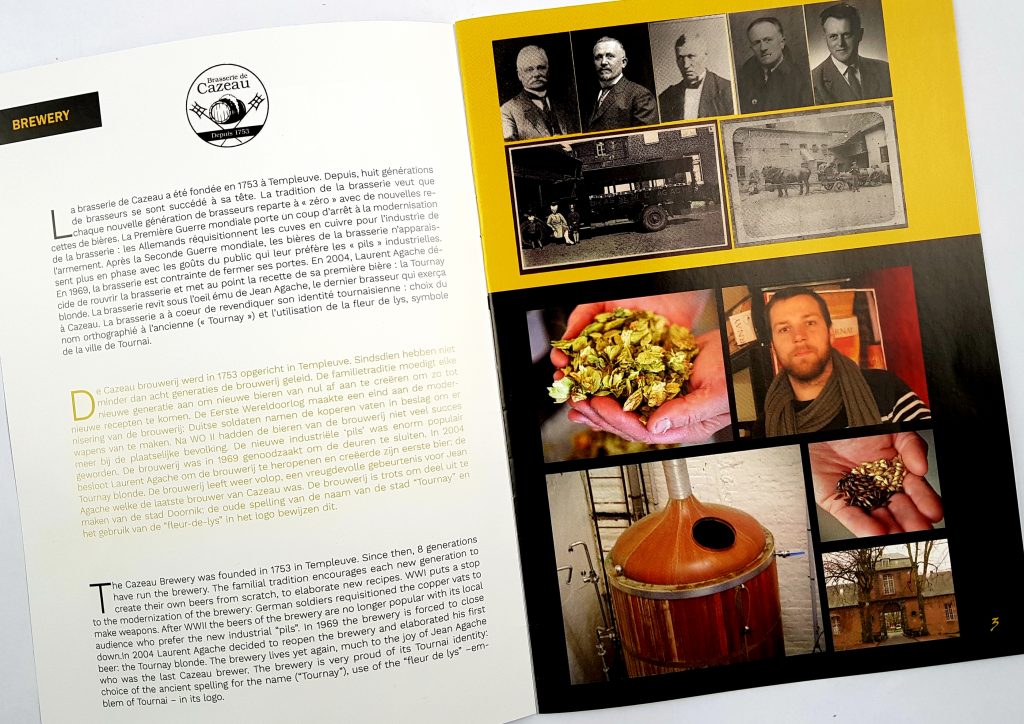 This month’s featured brewery is The Cazeau Brewery.

Slightly unusually this month the beers are four large bottles rather than the usual eight smaller bottles. There is also a glass from the brewery. 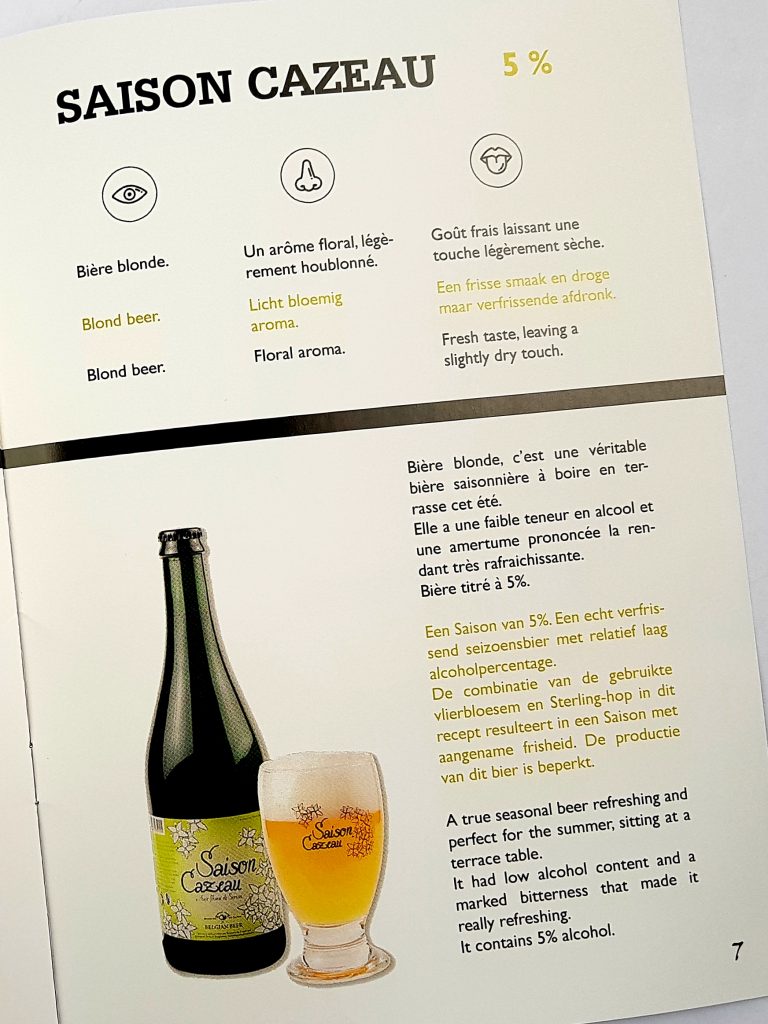 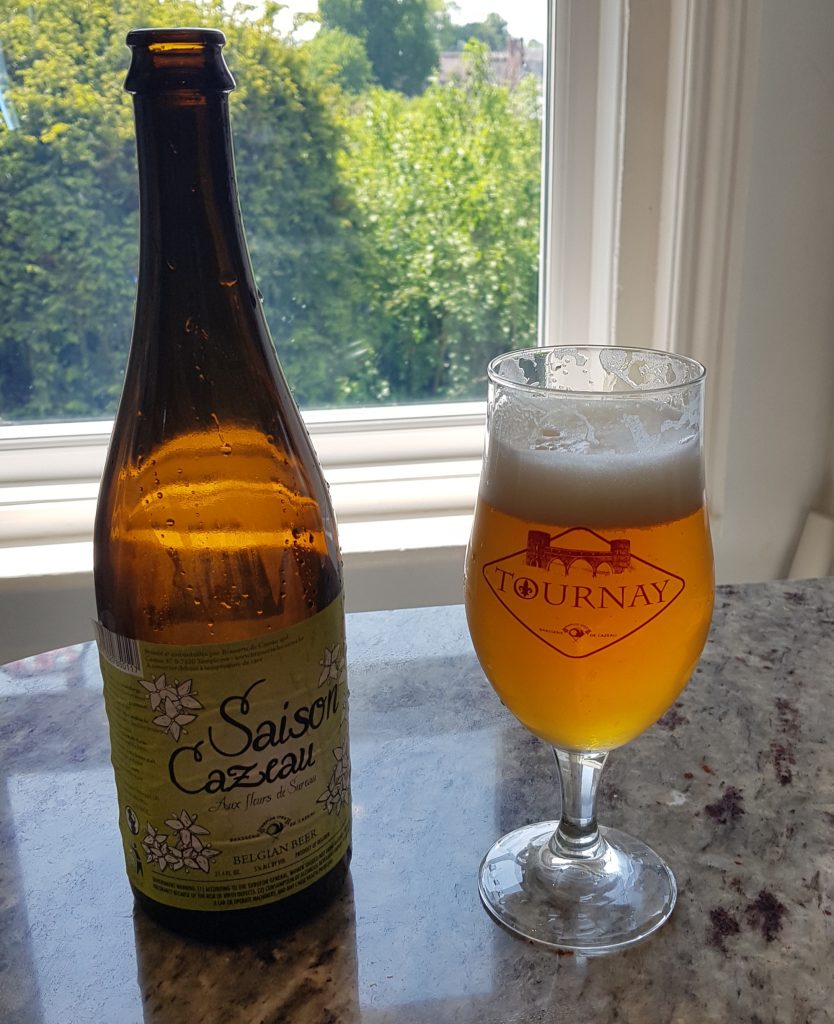 Though this isn’t a hugely strong beer I found it remarkably sour to taste. While there was a hint of underlying sweetness the bitter flavour was rather to overpowering for me. For someone who enjoys this kind of beer this would be very refreshing in the warmer months. 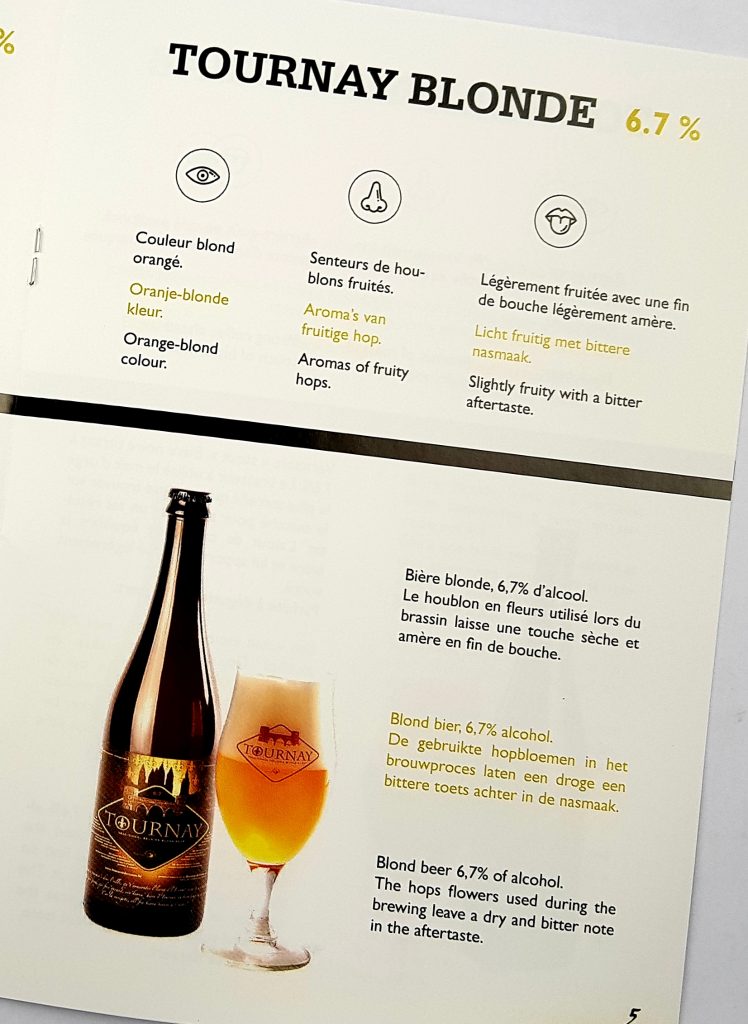 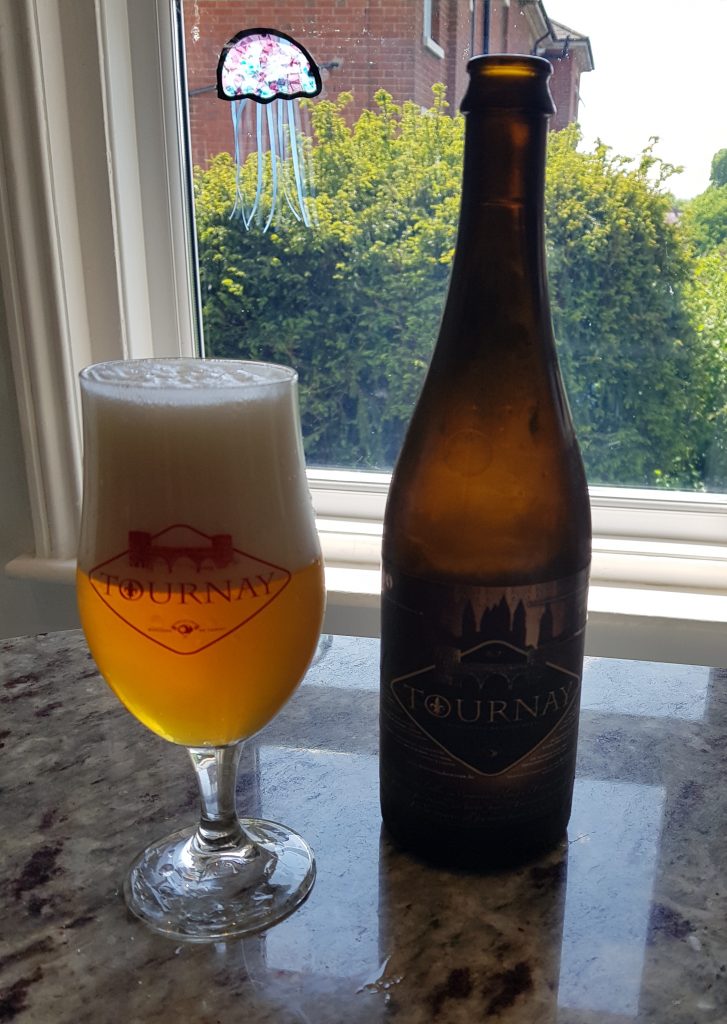 This had lots of foam on the head, and the flavour was interestingly deep, unlike the beer above. There was not too much sourness, and it was really rather pleasant. 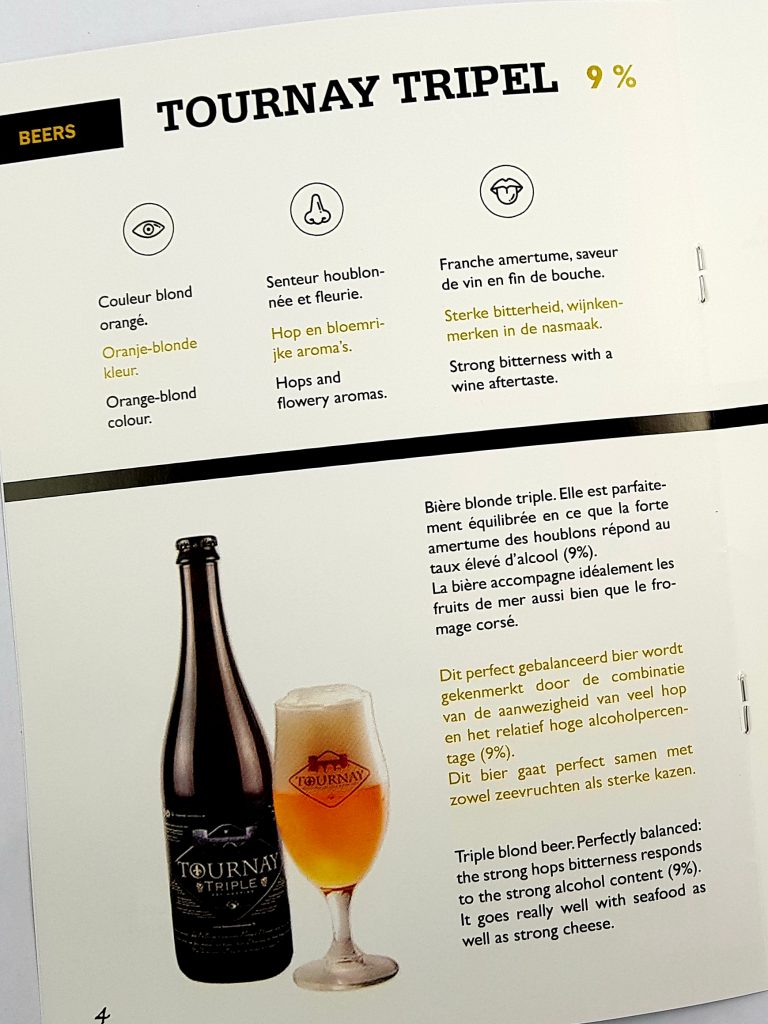 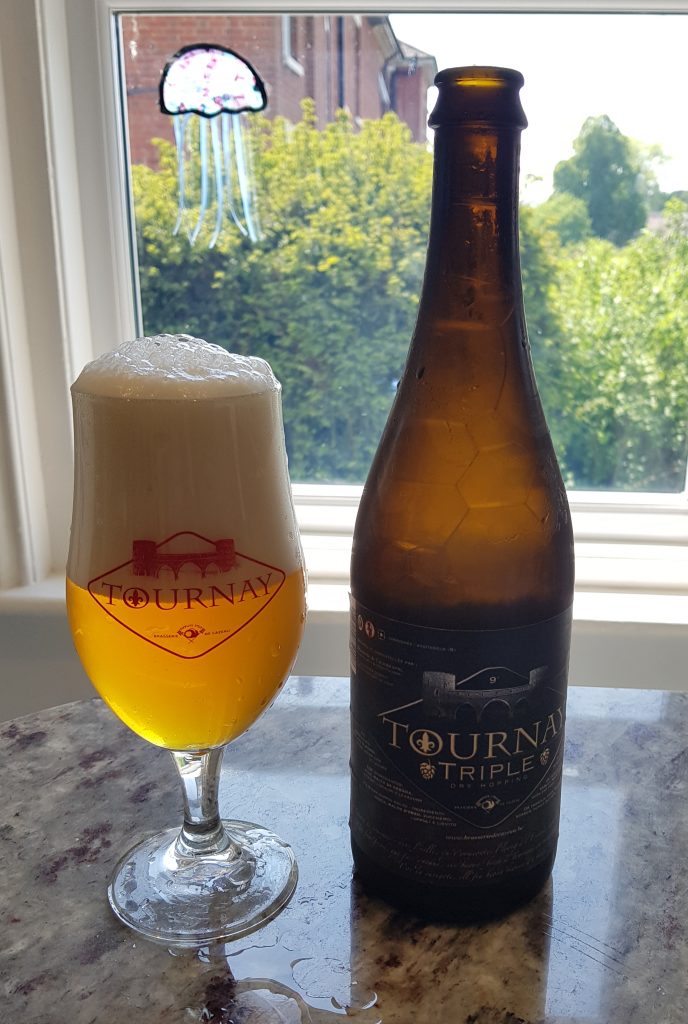 This one really packed a punch! My experience of this beer was rather different to how it is described in the menu. I found it surprisingly floral, with definite sweet notes over the sourness. Very nice for summer. 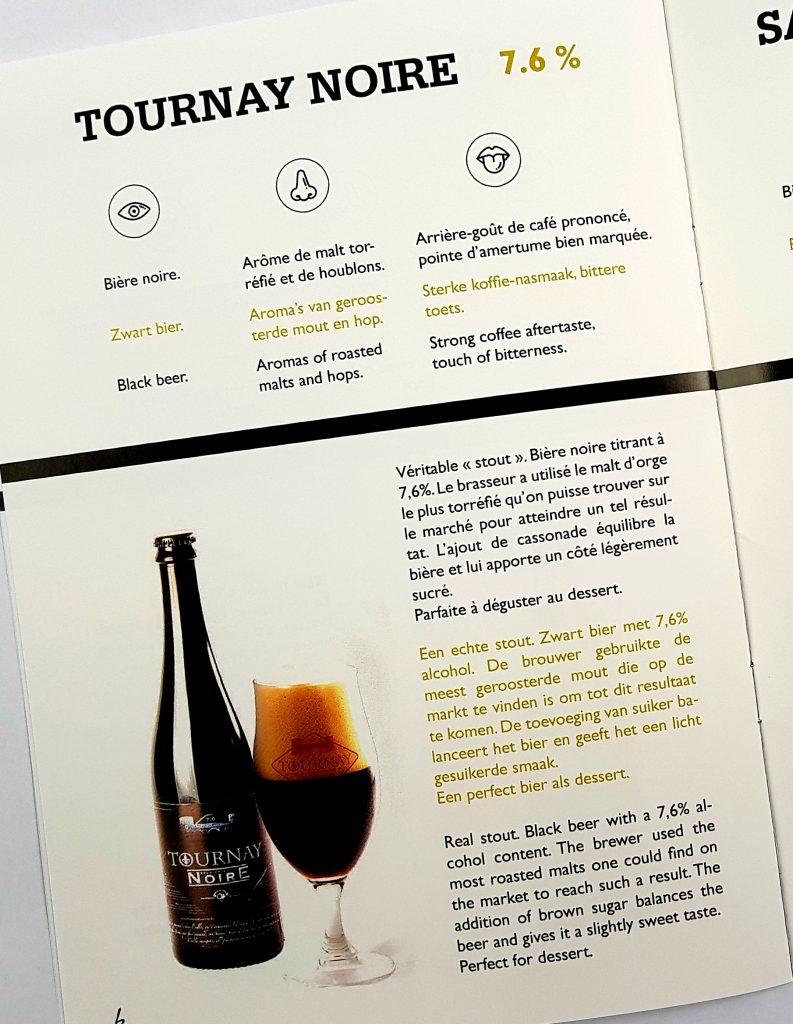 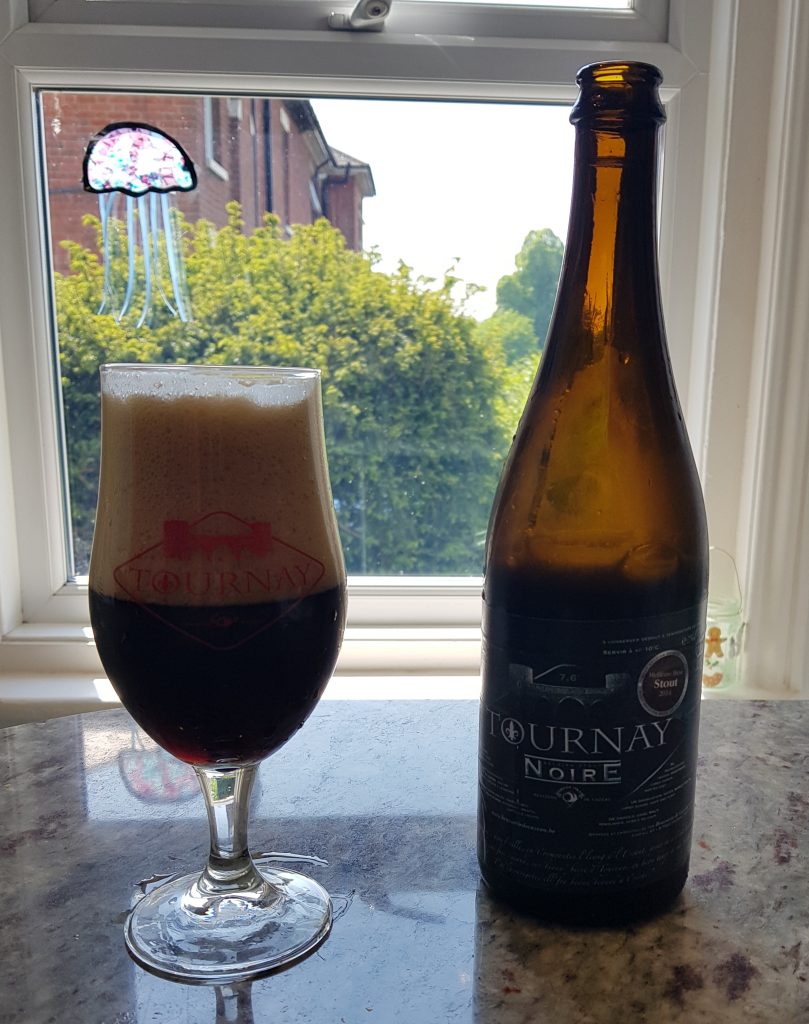 This was extremely lively upon opening, so a fair amount ended up over the kitchen counter! There were distinct chocolate and caramel notes in the bitterness, and it was definitely slightly sweeter than your average stout. 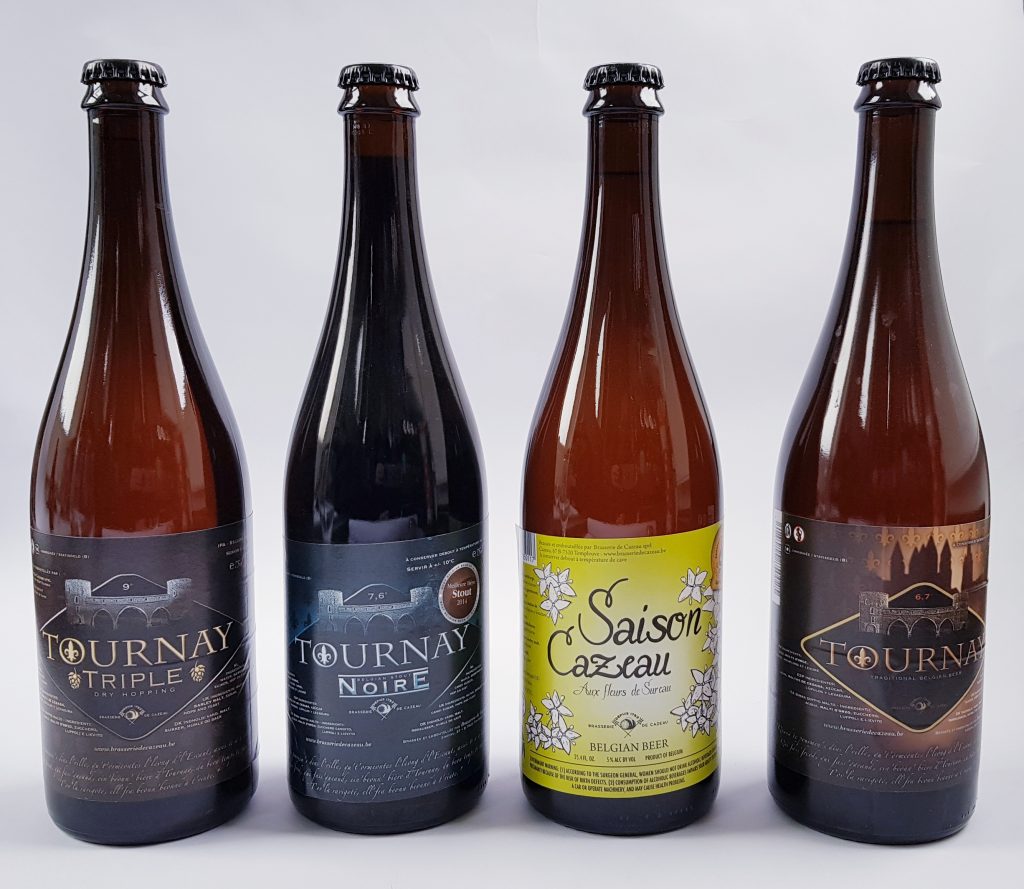 My main problem with this month’s beers isn’t the beers themselves, it’s the big bottles. One reason it’s taken so long to review this is that I was rather dreading opening an enormous bottles of beer, rather than a small manageable one.

Belgian beer is always on the strong side, and I much prefer having one small bottle with the option to have another, or to pass it on if I’m not so keen on it. These bottles are all 750ml, the same size as a bottle of wine. While the size isn’t quite so much of an issue for the 5% Saison Cazeau, the rest, especially the 9% Triple, was just far too much. There is absolutely no way I’m gong to drink a the equivalent of nearly a bottle of wine in one go. And no matter what, you can’t seal it back up and put it back in the fridge for another day. It always goes flat. Wine is quite happy for several days after opening. Beer is not. I discovered from Google that these beers are all available in smaller bottles, so I’m not sure why the decision was made to send out one big bottle of each rather then two smaller ones.

The box is delivered but courier and the packaging is very reliable. Value-wise, the large box is a no-brainer. With these four large bottles rather than eight small it works out to around £6 per bottle plus the £4.90 delivery. (You can knock delivery down to £2 if you collect from a dpd collection point, which is even better value.) Looking at Google this is a good price per bottle, especially when you factor in delivery. However again, I don’t know about you, but two smaller bottles feels like a lot more for my money than one bottle that I can’t finish. So despite the apparent good value of the per bottle breakdown, the volume meant they couldn’t be finished,  they can’t be properly stored after opening, and so there was an annoying amount of wastage.

This was a good selection of craft beers from an old and award-winning brewery. However the experience for me was marred by the large bottles, which was too large a quantity to have to drink all at once.